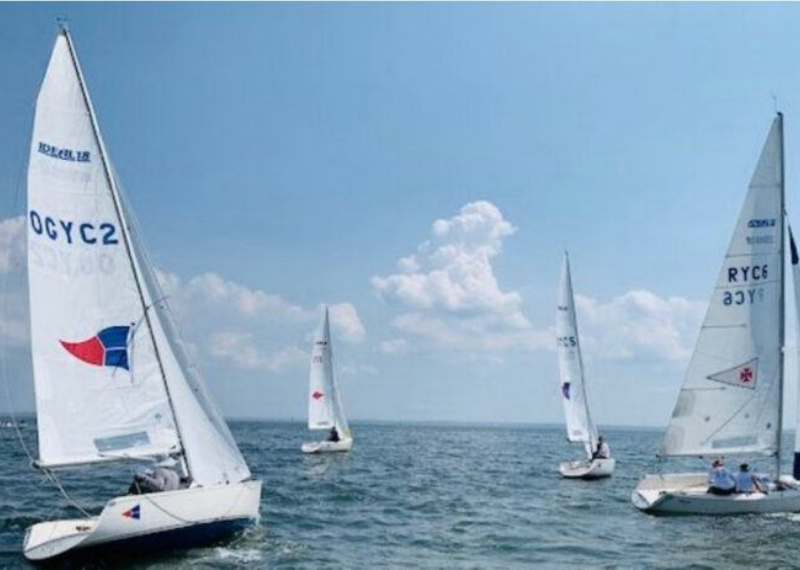 The Old Greenwich Yacht Club (OGYC) will host its 49th USS America Regatta in Captain Harbor on Saturday, Sept. 12. — This article is from GreenwichFreePress.com. The annual sailing competition was established when officers from the USS America (CV-66) donated the trophy to OGYC in 1971. A skipper from the aircraft carrier reportedly won an OGYC race, and his crew was so pleased with the victory that they gifted the trophy to the yacht club. 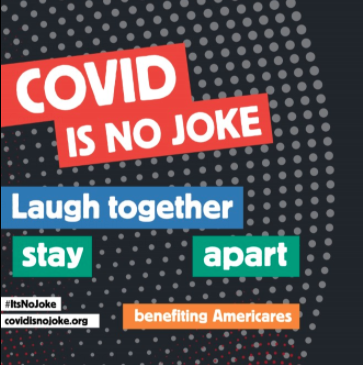 Stars and Comedy Stars Align to Perform on Youtube Friday, May 1 in Benefit for Americares 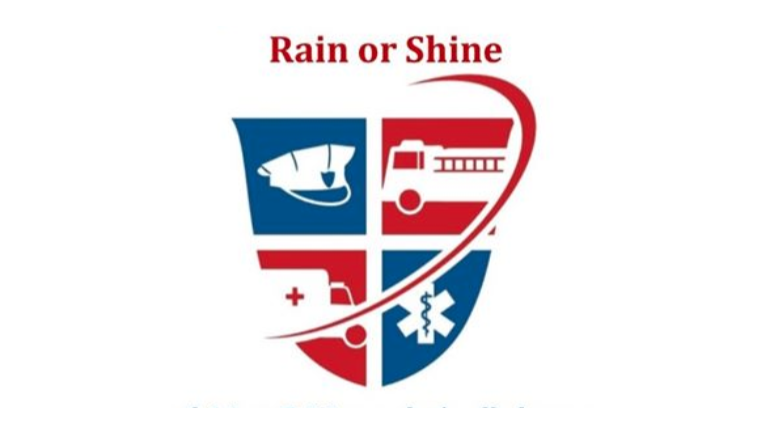 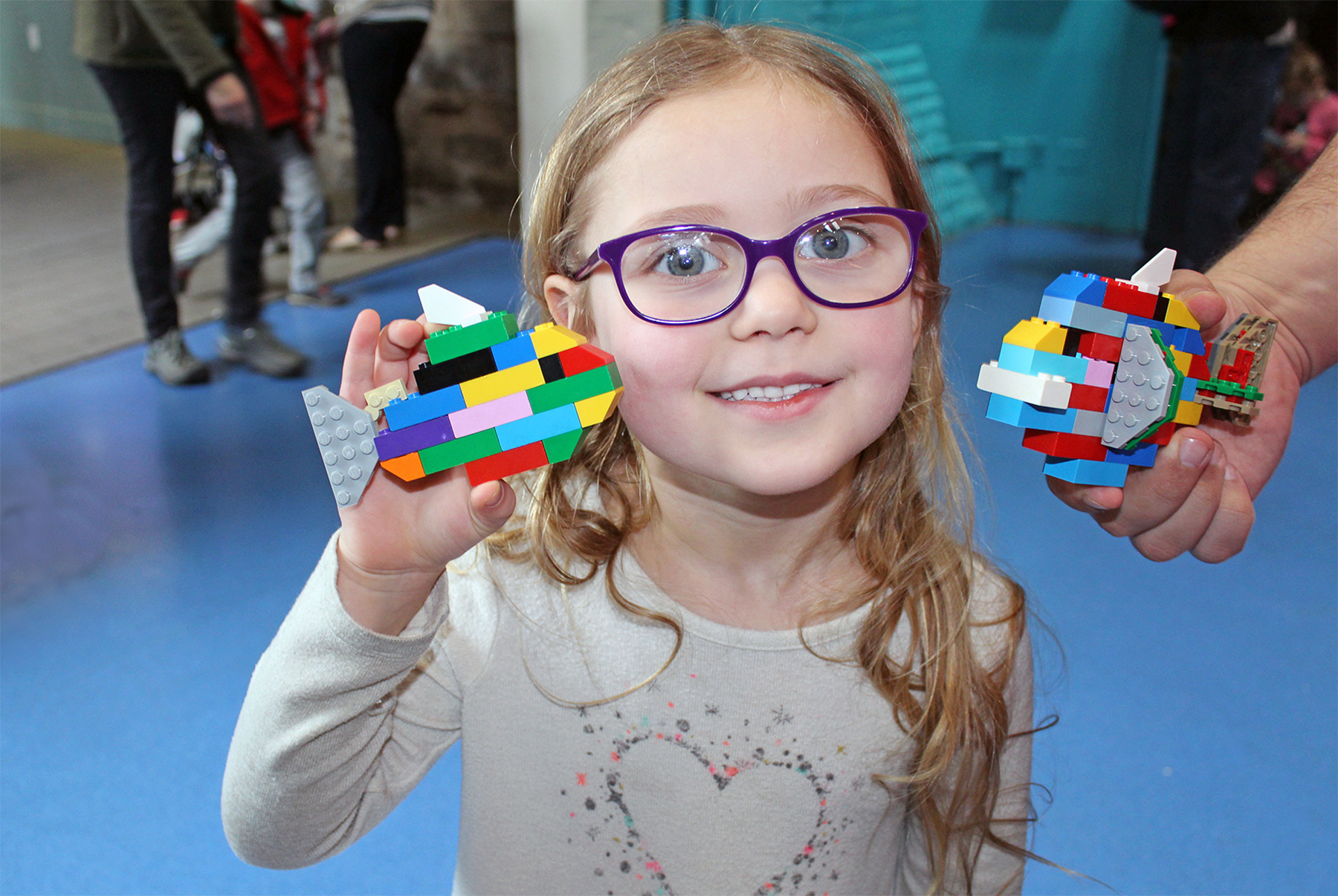 This Weekend, March 7 to 8, Is Lego Weekend at the Maritime Aquarium 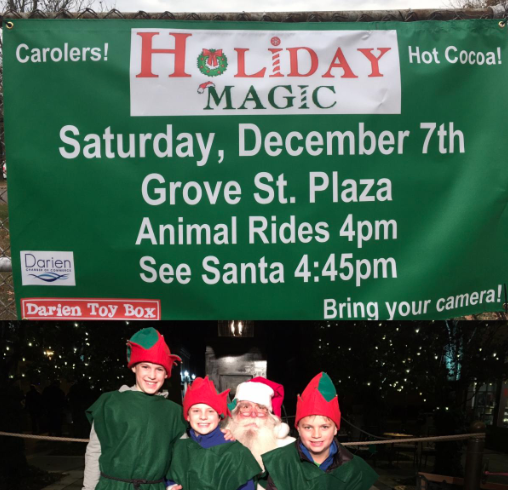 Enjoy a cup of coffee at the Darien Arts Center and have a relaxing morning of creativity at their Saturday morning Wreath Making Workshop on Dec. 7 at 10 a.m.

Get in the holiday spirit & bring a friend. Wreaths & supplies are provided. $60 per person. Sign up online, here, or find out more at darienarts.org.

From 9 a.m. to 1 p.m. on Saturday, Dec. 7, the Rowayton Community Center transforms into a stunning showcase of holiday decorations with the annual Rowayton Gardeners’ Annual Christmas Market. — an announcement from Rowayton Gardeners

The Market, which takes place at the Rowayton Community Center, 22 Highland Ave., features designer-quality wreaths and center pieces, one-of-a-kind gifts, boxwood trees and ornaments — all reasonably priced. A range of fabulous items are on offer at the silent auction, and Santa is also on hand to welcome children and grandchildren. Come support the Garden Club’s mission of spreading the word about conservation, maintaining most of our public spaces, introducing children to the joy of growing living things, and raising community awareness about the environment.

An ‘Interactive A Cappella’ Concert by UConn’s A Minor Sunday Afternoon, Nov 3 at Darien Library

Darien Library presents interactive a cappella event on Sunday afternoon, Nov. 3 with the University of Connecticut’s a cappella group A Minor. The concert is free and takes place from 5 to 6 p.m. in the Community Room at the library. About A Minor

A Minor has been performing together for 15 years. They competed in the International Competition for Collegiate A Cappella in 2016 and 2018, and both times placed top 2 in quarter finals and made it to the semi finals.

Featuring cider, pony rides, historical games and crafts, the annual Homestead Harvest Festival at Mather Homestead
Harvest Fest, from 12 noon to 3 p.m., Saturday, Nov. 2, will allow visitors to taste a piece of Darien’s history and enjoy the beautiful property. — an announcement from the Mather Homestead
The third annual festival will feature food from local favorites NEAT, Jen Maher’s Little Bites and Savory Smoke Barbecue. Athletic Brewery will also be sampling their award-winning nonalcoholic Connecticut-brewed beers. Families can tour the historic home during Harvest Fest and participate in a Hunt for the Silver scavenger hunt while learning about the Tory raid on the home during the Revolutionary War.

A spittoon, beer bottle and milk pan are part of a unique collection of Norwalk Pottery items featured in the exhibition “Shards of History” now at the Darien Historical Society. The display features several stoneware and redware pieces manufactured in Norwalk during the 1800s, when that city was known throughout the United States for producing top-quality pottery. “Glazed pottery items were once as ubiquitous as Tupperware is today,” said Richard Prowse, who with Tracy Goodnow, loaned the pieces to the Museum and co-curated the exhibition. “It was used to store everything — oysters, beer, water, pickles — you name it, there was a special vessel designed to hold it.”

Prowse, a longtime collector of Norwalk Pottery, will discuss the display and answer questions on Sunday, Nov. 17 from 2 to 4 p.m. at the Darien Historical Society.

Join Junior League of Stamford-Norwalk (JLSN) for a spin-class at JoyRide Darien! Proceeds from the ride will benefit JLSN’s women’s empowerment initiatives. Bring some cash with you and stick around after the class for refreshments and shopping — Sweaty Betty will be setting up a pop-up and offering discounts on all purchases! If You’re Going … Tickets can be purchased for $40 at the event signup Web page.

The talented and unique performers promise a hilarious evening as they create new musicals on the spot. Audience members will belly laugh their way to a whole new world and all that jazz, as anything goes!

Caffeine and Carburetors: Classic Cars on Display at Waveny Park on Sunday Morning

The gathering takes place from 8 to 11:30 a.m. in the park in New Canaan just over the Darien border. “Lets see those great cars from the 20’s, 30’s, 40’s and more! Lets not forget about all of the usual favorites too!” the organization said in an announcement.

Something Spooky and Fun, the Tokeneke Pumpkin Carnival This Way Comes on Saturday, Oct 19

The Tokeneke Pumpkin Carnival brings some Halloween spookiness and fun for kids  this Saturday, Oct. 19 from 10 a.m. to 4 p.m.
Every October for over 50 years, the Tokeneke Pumpkin Carnival has transformed the Tokeneke Elementary School, located on Old Farm Road in Darien, into a Halloween-themed haunted house and amusement park where kids of all ages can find delicious food, unique games and activities. UPDATE, Wednesday, 1:46 p.m.: Darien Police issued a traffic advisory on Wednesday, Oct. 16, describing traffic restrictions, advice on driving through the area and parking availability. The new information is published both at the bottom of this article and separately on Darienite.com.

Over 30 New England craft breweries will serve up their favorite seasonal beer tastings at Westoberfest on Saturday, Oct. 19, at 2 p.m. in the heart of downtown Westport. — an announcement from the Westport Downtown Merchants Association

The Westport Downtown Merchants, in partnership with The Grapevine, downtown’s newest wine and spirits merchant, have built on last year’s successful inaugural event and added more breweries with more than 50 unique pours of the best local and regional craft beer for three hours of unlimited sampling. The perfect complement to flavorful craft brews is delicious food, and Westoberfest will feature two local favorites, Kawa Ni and Rothbard Ale + Larder with options to satisfy any appetite. Line up early to experience traditional brats and pretzels from Rothbard’s, or satisfy your culinary craving with spicy miso ramen, tofu pockets and sesame noodles from Kawa Ni.

Vampires in New England: A Talk at Darien Historical Society About a Colonial Vampire Scare

In 1990, two young boys playing in a Connecticut quarry made a startling discovery, which led to an even more frightening revelation — evidence of a vampire scare in early New England. Hear the chilling true story, Vampires in New England, with Dr. Nick Bellantoni, Connecticut’s archaeologist emeritus, during the Darien Historical Society’s Historical Halloween on Sunday, October 27 at 3 p.m.

Vampire folklore was rampant in New England from 1780 to the 1890s, and a combination of disciplines helps archaeologists to discover more about this period in New England history, said Bellantoni, who has been dubbed Connecticut’s “Indiana Jones.”

“As it turns out, a real public health issue was to blame,” he said. The case was launched in 1990 when two young boys discovered skulls at a quarry in eastern Connecticut. Bellantoni and a team of forensic scientists were called to the scene and soon discovered the site was a long forgotten colonial cemetery. “One grave, in particular, caught our attention,” Bellantoni said.

Families can kick-off their Halloween festivities with the Darien Arts Center’s first-ever Halloween Family Fest, a free event from 9 a.m. to 12 noon, Saturday, Oct. 26. Children of all ages will have fun and get in the spirit of Halloween with crafts, treats, storytelling, sing-alongs and drop-in dance classes at the complementary family-oriented event, where all are encouraged to wear Halloween costumes. Most activities are geared for those ages 3 and up, but children of all ages are welcome. — an announcement from Darien Arts Center

Activities include pumpkin painting and mask making from 9 a.m. through noon and Halloween sing-alongs from 11 a.m. until noon in the DAC Visual Arts Studio, located near the ball field at the rear of Town Hall.

Disney’s ‘Gabby and the Unsittables’ Sunday at Darien Playhouse, a Free Show With Free Food

CALLING ALL KIDS! The Darien Playhouse will be showing two episodes of Disney’s newest program, “Gabby & the Unsittables” this Sunday, Oct. 13, from 10 a.m. to 12 noon. The two 22-minute episodes are free of charge, as is the popcorn and drinks. — an announcement from the Darien Depot Teen Center

Disney describes the new TV program, which debuts on Friday, this way:

John Lehmann-Haupt. will perform a mix of classical works and his own arrangements of popular and traditional songs, including works by Bach, Jobim, Albeniz, Stevie Wonder, and James Taylor, as Darien Library’s Music in the Stacks series returns for a fall performance, Sunday, Sept. 29. You’re invited to the performance from 5 to 6 p.m. in the Community Room. John Lehmann-Haupt, a New York-based guitarist, draws on the wide range of music he has explored over the years, from folk songs and blues, through popular standards new and old, and on to the varied expanses of the classical realm.