Malcolm J. “Mac” Burt, 93, of Norwalk and formerly of DArien, Noank and Ponce Inlet, Florida, died July 21, 2022, at his home surrounded by loved ones. 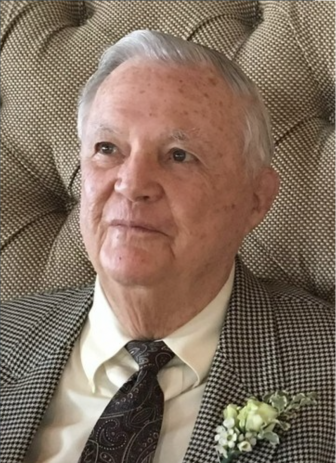 Malcolm Burt, 93, passed away July 21. A celebration of his life will be held at a later date.

He was born on June 11, 1929, in Katonah, New York, to the late Winifred and Malcolm S. Burt. As a young adult he was elected class president at John Jay High School, where he was active in the drama department. Malcolm, also known to friends and family as “Buddy” was a volunteer firefighter with the Katonah Fire Department.

After graduating from Bowling Green University, Mac spent his career as marketing director at Duffy Mott and Cadbury Schweppes in Manhattan and Stamford.

Upon retirement and eager to pursue what he loved most, he turned to boat builders in Maine, where his lobster boat the “Ginger B,” was built. He then spent the next 10 years as a commercial lobsterman on the Long Island Sound, a mid-life experience that became a highlight of his life. He was also an avid golfer and skier, a devoted backyard gardener, and never missed an opportunity for salmon fishing on the Miramichi River in Canada.

Mac is survived by his wife of 65 years, Ginger; four children: Steven Burt (Elizabeth) of New Canaan, MaryBeth Sullivan (James) of Apopka, Florida and Sugar Grove, North Carolina; David Burt (Bethany) of Islamorada, Florida; and Christopher Burt of Norwalk; his four grandchildren: Cassie Burns (Brandon), Colin Cook, Kevin and Peter Burt; as well as his beloved great-grand daughter, Georgia Burns. He is also survived by his sisters, Carol Palasak (Lou) and Dorothy Amundsen; and brothers, Edward Burt (Noreen) and Billy Burt; and many nieces and nephews. In addition to his parents, he was preceded in death by his sisters, Joan Acquisto, Barbara Gatto; and his brother, RJ Burt.

There will be a celebration of life at a future date.

— This obituary was contributed by a family member. Online condolences may be left at this Web page on Legacy.com.