New Canaan police say a cat abandoned amid freezing temperatures at an Interstate 95 rest stop is in need of surgery and rehabilitation.

— This article combines information and text published by NewCanaanite.com and information from New Canaan Patch.

New Canaan Animal Control Officer Allyson Halm said she was contacted to assist the cat, even though the rest stop is in Darien, because the Darien animal control officer wasn’t available at the time, New Canaan Patch reported. Police were called in on Jan. 24.

According to New Canaan Patch, Halm said a state dispatcher told her that the carrier was at the rest stop for about 48 hours before the situation was reported to police.

The cat, dubbed “Highway,” was taken to an animal hospital where a veterinarian determined that the animal had suffered two broken legs and trauma to its right eye, police said. 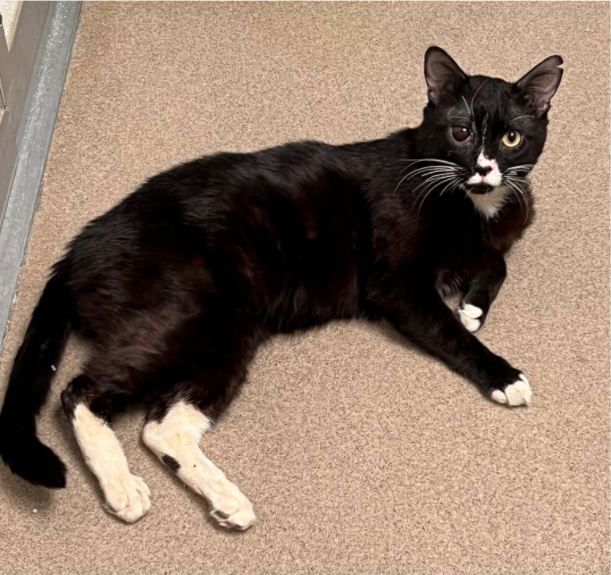 The cat that authorities have named “Highway” was found Jan. 24, 2022 after being abandoned amid freezing temperatures at an I-95 rest stop.

It wasn’t clear who alerted authorities to the presence of the cat, whether there’s an active criminal investigation into the abuse of the animal or a related matter, how New Canaan Police got involved or if there are any suspects.

Those interested in finding out more about how to help with the cat’s pending surgeries and rehabilitation should contact PAWS at 504 Main Street, Norwalk  06851 203-750-9572.