A man renting a condominium unit on Gideon Lane was woken up at 1:15 a.m. to a nightmare when, according to police, he found his new landlord standing in his bedroom, holding a knife and yelling at him, demanding to know when he was moving out.

The landlord, Nancy Micha, 58, of Milford, apparently took over from her late brother, who was renting out the condominium unit. Micha planned to sell the residence and had told the renter she wanted him out by Aug. 1 (this coming Monday).

The renter, who went to police the following afternoon, told them that Micha, without warning, started stabbing his bed and the walls of the bedroom. She also struck him with a light fixture, which resulted in a minor injury to his arm. After about 20 or 30 minutes, she left. 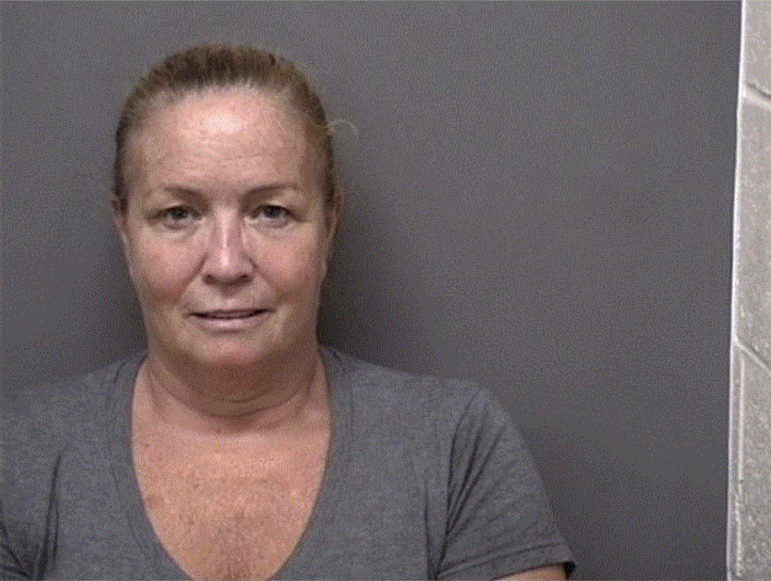 Nancy Micha, 58, of Colonial Avenue in Milford, was charged with committing a home invasion, threatening, assault and other charges in the July 23 incident.

The renter went to police the next day, early in the afternoon. A police officer tried to contact Micha, who wouldn’t immediately respond, so Milford police detained her at her workplace.

When Darien police talked to Micha, she said she had been getting complaints about the renter, so she drove to the condo to confront him.

Micha said she went to the man’s home late at night because she thought the complainant would be home at that time. She said that a verbal argument took place after she arrived, and she became very angry, throwing a lamp and a water bottle at the man.

She also admitted that she had a knife with her — for protection, she said. She did put holes in the walls with a knife, she said. She also said that she didn’t recall stabbing the mattress, but she did lean on it.

She was released on a $25,000 bond and is scheduled to appear in state Superior Court in Stamford on Tuesday, Aug. 2.