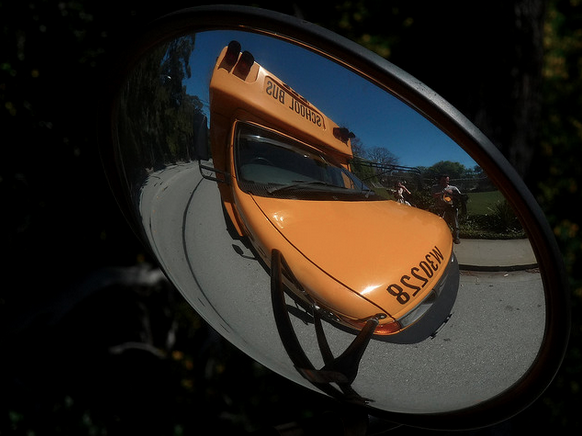 Superintendent to Parents: School Buses Will Run as Normal on Monday

By David Gurliacci | 18 hours ago

Darien Schools Superintendent Alan Addley told parents in a 3 p.m. email Sunday that they should expect school buses to be running normally on Monday — because the drivers all got their vaccines or are getting tested, as mandated.

UPDATE: Thursday, July 8 — All parking permits have already been sold for Darien’s fireworks display on July 15 at the high school campus, the town government Twitter account announced at 8:38 this morning.

By JIM CAMERON | 2 hours ago

Some big changes are coming for pedestrians and motorists alike starting this week: a new set of Connecticut laws giving far more power (and, hopefully, safety) to those traveling on foot vs. vehicles.

By DARIENITE.COM | 20 hours ago

The television production talents of area students will be on display on Darien TV79 as the station has concluded a “Best of Darien” video challenge to students studying digital media at Norwalk Community College.

By DARIENITE.COM | 21 hours ago

It’s a webinar, so you won’t even need a designated driver. You can get the beers and cheeses at Darien stores.

Community leaders on Friday denounced graffiti found this week in a boy’s bathroom at Darien High School that insulted women and threatened gay people. They also denounced an anti-Jewish comment made in an online Darien chat group.

The popular Darien fall tradition – Art Darien was cancelled last year due to the pandemic, but it’s back this weekend at Grove Street Plaza — from 10 a.m. to 4 p.m., both Saturday and Sunday.

Matthew Raymond Zachowski, 68, of Rockingham, Vermont and formerly of New Canaan and Darien, passed away Sunday, Sept. 12, 2021, surrounded by family. A private memorial will be held.

What is the question to which your Life is the answer …? Who was loved more than he knew?

For its rapid and broad response in providing live virtual science lessons to schools suddenly thrust by COVID-19 into online learning, The Maritime Aquarium at Norwalk is being honored for the best educational initiative in 2020 by any zoo or aquarium in the country.

Why is Metro-North shooting itself in the foot? While adding more trains and encouraging (no, praying!) that commuters will come back to the rails, the railroad is still refusing to make those passengers feel safe by enforcing the federal and state mask rules.

Mary Elizabeth Cohee, a resident of Regalcare Greenwich, passed peacefully in her sleep after a prolonged battle with cancer on Sept. 16, 2021.

The Corbin District and The Darien Chamber of Commerce welcome back The Spadtastics to Tilley Pond Park on Saturday, Sept. 18 starting at 6 p.m. for a free community concert.

Programs for Home-Schooled Kids on Oct 1 at Maritime Aquarium

Home-schooled kids can take an educational “dive” into the marine world through discounted admission and grade-appropriate programs Friday, Oct. 1 at  The Maritime Aquarium at Norwalk.

Tips for Easing the Transition Back to School

The new school year is upon us, and understandably, for some it can be an exciting but anxious time. New Canaan Country School psychologists Rebecca Comizio and
Jackie Britt-Friedman offer the following tips to help reduce stress around the
transition.

Katherine McLachlan Reilly of New Canaan passed away at home on Sept. 9, 2021. She was 98.

Museum of Darien Executive Director to Leave Post in October

After four years as executive director of the Museum of Darien, Maggie McIntire has announced she will be leaving the job in October.

A new director is expected to be named in January and start work early next year, the museum announced. The museum’s former name is the Darien Historical Society.

It Just Got Easier to Watch Darien TV79: Try the New Website

It should be easier to find and watch programs on Darien TV79, the town government’s cable TV channel, now that it’s started its own stand-alone website, DarienTV79.com, the cable station announced.

Jeannette Moser Angelbeck passed away peacefully on Monday, Aug. 30, 2021 in Darien at the age of 87.

It is with great sorrow we announce the passing of our beloved father, Harrington John Oberlander Jr., aka Sam and Harry. He passed away peacefully on June 22 at the age of 89.

The feeling of solidarity among Americans in the days and weeks after Sept. 11, 2001 is something to remember and cultivate, both speakers said Saturday morning at Darien’s 20th anniversary commemoration of the 9/11 terrorist attack.

“Something miraculous grew from those dark days,” First Selectman Jayme Stevenson said to the crowd of just over 100 people gathered by the memorial behind Middlesex Middle School.