— This article was originally published by NewCanaanite.com.

Black bears typically breed in late June or early July, according to the state. During that time, males travel extensively in search of females. In New Canaan, bear sightings are reported to police all throughout town. 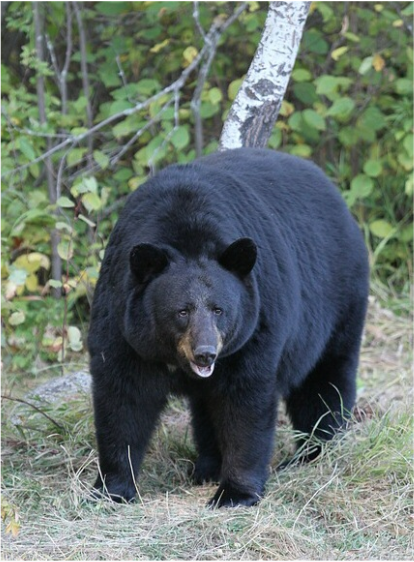 Halm has said New Canaan is seeing an increasing number of black bears appear each spring. The animals often are drawn to bird feeders on residential properties. Halm encourages residents to haze the bears away.

“Do your homework, know they are here and be prepared to haze them,” she said.

Halm noted on a recent podcast about spring wildlife in New Canaan that black bears were sighted in town last month. And in February, a black bear had been seen on Smith Ridge Road near the New York State line, likely roused from its winter slumber by a string of unseasonably warm days.

In Darien, a black bear was spotted in Tokeneke in May 2020.

In November, a black bear broke into a chicken coop in northeastern New Canaan and killed chickens inside it, officials said. The prior month, a resident of the same area photographed a mother bear and two young cubs on their property.

Last year, the first reported bear sighting didn’t come until June, on Briscoe Road. That same week, a black bear showing state tag number “211” on his ears could be seen devouring a young fawn near a Logan Road bus stop.