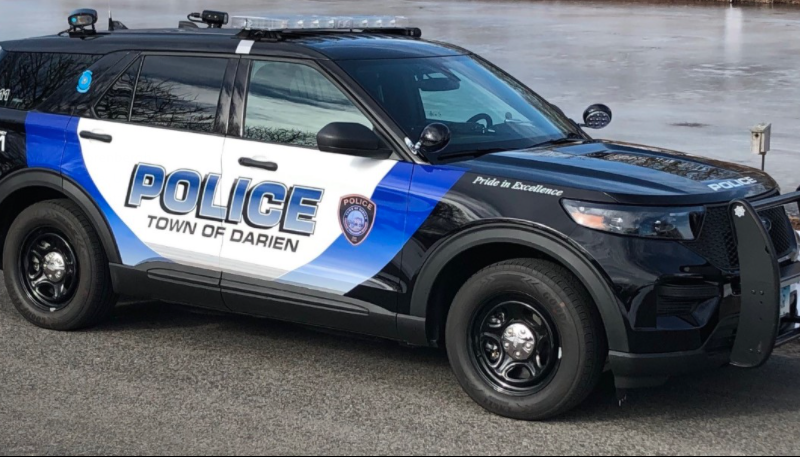 A woman leaving Stony Brook Park saw the window of her car had been smashed, and a male was still inside the vehicle. She yelled at him, and he fled, driving away in a white Toyota 4runner, she told police. The incident took place shortly before 4:56 p.m. on July 30, a Saturday. Police went to the scene. Nothing appeared to be missing from the vehicle, the woman told police. 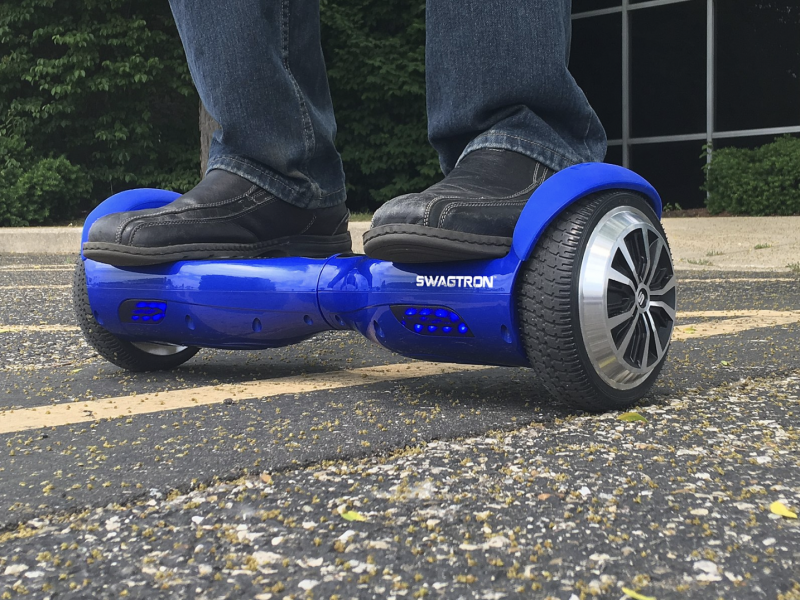 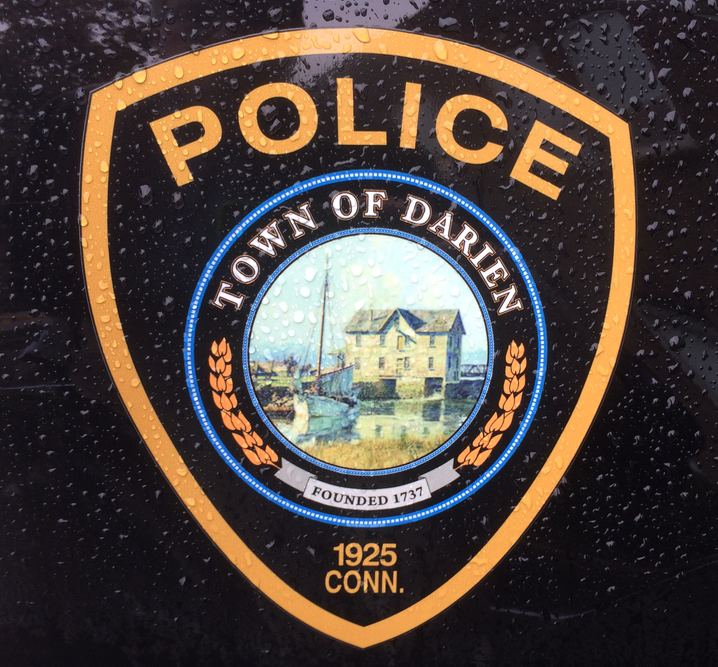 Police: Darien Man, 53, Stopped for Failing to Use His Blinker, Charged With Violating Restraining Order

Police: Renter Awakes to Find New Landlord Standing Over Him, Knife in Hand, Demanding to Know When He's Moving Out

Police: Woman, 36, Driving a Vehicle With a Stolen License Plate

Police officers responding to a report of an erratic driver said they found the man apparently asleep, behind the wheel of a car resting partly on a lawn, with the gear shift still set in “Drive.” The officers said they also found some heroin in one of his pockets. Darien police gave this additional account of what happened, including accusations not proven in court:

Police were called at 9:13 p.m. on Tuesday, July 12. They found the car and its driver near the intersection of Glenvale Road and Christie Hill Road. An officer reached in the vehicle and set the gear shift to park and woke up the man — David Sabrowski, 61, of Allen O’Neill Drive.

After Passenger Repeatedly Stabs Lyft Driver, the Driver Crashes Into a Tree to Stop the Attack

A Lyft driver purposefully crashed his car into a tree on West Avenue, near Holmes Avenue, on Monday night, he told police, because it was the only way he could stop his passenger from stabbing him yet again with a knife. Darien police gave this account of the incident, which the driver survived after being treated at a hospital for non-life-threatening injuries from several stab wounds:

The car was crashed shortly before 10:37 p.m., when police received a report about it. The driver told police that he picked up a customer in Stamford and was driving him to Norwalk. Police said the incident’s only connection to Darien was that the vehicle happened to be driving through town at the time. After the crash, the suspect fled with the victim’s cell phone.

Darien police are asking the public if they have any information about a suspect in an assault at 1 p.m., April 4 in front of a home on Hecker Avenue. The suspect is described as a black male of average build (police had previously identified him as a “man”) and about 6 feet in height. He was last seen getting into a CT Transit bus heading toward Norwalk. He got off at New Canaan Avenue. If you have any information, police ask you to call the Detective Bureau at 662-5330.

This Saturday, May 7, from 10 a.m. to 6 p.m., the Hindley Happening fair will be — gotta say it: happening — at  Hindley School at the corner of Nearwater Lane and the Post Road in Noroton. Expect heavy traffic, Darien police are reminding drivers. “There will be extremely limited parking availability due to this event and other private events taking place in Noroton Center,” said a police announcement on Friday. “Please plan ahead for traffic delays or seek alternate routes.  Thank you for your cooperation.” For more about what’s happening at the Hindley Happening: The Hindley Happening Is Happening May 7

Darien police gave out this information on the latest thefts of catalytic converters in town. One theft occurred in the victim’s driveway on Noroton Avenue; the other, in the parking lot for Darien Post Office. When a vehicle was parked at 7:30 a.m. on Tuesday, April 26 in the driveway of the victim’s home on Noroton Avenue, not far from the Noroton Heights Fire Department building, the catalytic converter was still in it. At 6:30 p.m., the next day, the victim started the vehicle again and heard a loud sound that he realized was caused by the absence of a catalytic converter. He looked under the vehicle and confirmed it.

Police: Woman Reports Domestic Incident, Gets Arrested After She ‘Became Physical’ with Officer

A 43-year-old Darien woman was arrested on a warrant on April 24 after she “became physical” with a police officer who arrived at her home in response to her report of a domestic incident, police said. The arrest was one of two made by Darien police in connection with unrelated domestic incidents

Darien police gave these accounts of what happened in each case, including accusations not proven in court:

The woman called police on Sept. 26 to report a verbal argument. Police didn’t say how that report concerned them enough to dispatch at least one officer to the scene (loud noises or concern about violence are two ways that can happen). When the officer arrived, the woman “became physical” with the officer.

Range Rover Stolen From Outside House on Hoyt Street, Tracked to New Jersey

The driver of a green 2017 Range Rover parked it outside his friends house on Hoyt Street, just south of Camp Avenue, at 1:03 p.m., Sunday, April 17. By 1:55 p.m., the vehicle had been stolen. The theft was reported to police at 4:20 p.m. At 6:30 p.m., the victim told police that the vehicle was last tracked to Elizabeth, New Jersey. Police in that community were unable to locate the vehicle. An investigation is continuing.

A police officer patrolling the Post Road at 4:02 a.m. saw a white van, without any lights on, backing up into the back of Nino’s Restaurant at 390 Post Road, police said. That, with other information, resulted in the arrests of two men accused of trying to steal used cooking oil. Darien police gave this account of what happened in the early morning incident on April 22, a Friday, including accusations not proven in court:

When the two men were approached by officers, they remove the hose from the container and put it in the van. Police determined that the hose had been used to syphon used cooking oil from an outdoor vat. Used cooking oil can be resold, so taking it without permission is larceny.

A 51-year-old woman, found in a car with heavy front-end damage on the side of the Post Road at 3:12 a.m. was charged with driving while under the influence, police said. Darien police gave this account of what happened, including accusations not proven in court:

On April 7, a Thursday, an officer patrolling the Post Road near Renshaw Road saw the two-door car and the damage to it. In talking with the woman, the officer  noticed a strong smell of alcohol on her breath. The woman wasn’t able to tell the officer where the car had been damaged. She also said she had been drinking alcohol that night in Greenwich.

A man assaulted another male (police didn’t say whether the victim was a man or boy) in front of a house on Hecker Avenue after following the victim off a Post Road bus, then up the street past Darien Police Headquarters, police said. When the victim broke free and entered the unlocked back door of the house, the man forced the door open, punched the victim and stole some cash from his pocket, the victim told police. The victim had injuries on his face and an arm, but he declined medical attention

The incident occurred at about 1 p.m. on April 4, a Monday. According to police, the victim was going to the house on Hecker Avenue because he was doing work there (police didn’t say what kind of work). Police didn’t say whether or not the victim knew the robber, provide a description of what the robber looked like or say how much cash was stolen.

Corbin Drive will be blocked weekdays from 7 a.m. to 4 p.m., starting Tuesday, April 12 and continuing each day until there’s no further need for it, Darien police announced Monday. Construction of the first stage of The Corbin District is the reason. UPDATE: The construction phase requiring the blocked access is expected to take 10 business days, weather permitting, said David Genovese, the CEO of Baywater Properties and the principal developer of The Corbin Project. “Vehicles needing to access Corbin Drive will be detoured to Center Street, to Old King’s Highway South, to the eastern end of Corbin Drive,” the announcement said. “Businesses, including the Post Office, will be open and accessible using the construction.”

When Mekai Darden, 21, of Bridgeport showed up in court in that city on March 31, it was for motor vehicle violations that he didn’t need to be jailed for — but Darien police were there to arrest him on a warrant charging him with the theft of a sport utility vehicle. He’s been in jail ever since, for about a week, in lieu of a $100,000 bond. Darien police described what happened with this account, including accusations not proven in court:

On Sunday, Feb. 6, 2022, the owner of a Porsche Cayenne told police that the car was missing from his driveway on Contentment Island Road. The keys had been left in the unlocked vehicle the night before.

Bank Robber Sentenced to Eight Years in Prison for Various Robberies, Including One in Darien

Back in April of 2014, George Bratensis, then about 65 years old, dropped off Bomani Africa in Darien. Africa entered the People’s United Bank branch on Old Kings Highway North, “pulled out a gun, jumped over the teller counter and ordered a teller to open drawers, saying ‘I will shoot you if you don’t give me all your money!'”

That’s how the U.S. Attorney’s Office for Connecticut described the robbery in a news release announcing that Bratensis was sentenced Tuesday to eight years in prison for that robbery and a string of others. Bratensis is now 73. Eight years from now, he’ll be 81. Perhaps Africa’s threat to shoot the bank teller was serious: In addition to pleading guilty to one count of robbery in Connecticut, Bratensis and Africa have each pleaded guilty to committing a contract killing of a person in New Jersey.

Sometime between 3 p.m., March 11 and 11:30 a.m. the next day, the catalytic converter on a vehicle parked at Darien Train Station was stolen, the victim told police. The victim said he discovered the theft after he started the vehicle and determined the loud noise coming from it was the result of the theft. He called police at 11:48 a.m.

The theft was the latest of a spate of similar thefts in Darien and beyond. See also:

—More Reports From Around Town of Catalytic Converters Stolen From Parked Cars (Feb.