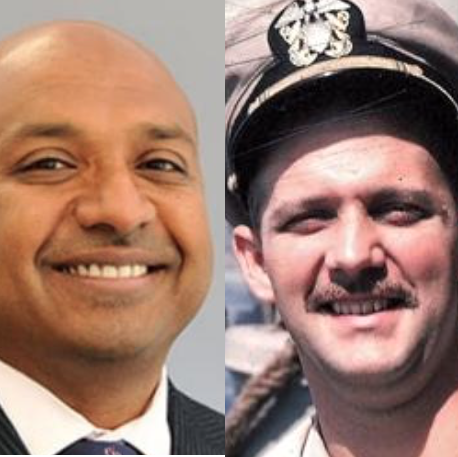 Navy veteran Peter Kenyon will be the the grand marshal for Darien’s upcoming Memorial Day Parade on Monday, May 31, and Sharad Samy will be the keynote speaker at the ceremony after the parade, the Monuments and Ceremonies Commission announced. The Memorial Day ceremony at the Veterans Cemetery in Spring Grove Cemetery is scheduled to take place at 11:30 a.m.
Parade Marshal: Peter Kenyon
From the announcement about the parade marshal:
Commander Peter Kenyon served on active duty in the Pacific from 1963 to 1966, aboard USS Bausell (destroyer DD-845.) While attached to the 7th Fleet they engaged in plane guard duty, naval gunfire support (shore bombardment), Search and Rescue operations, amphibious task force escort duty, Formosa Patrol, and Anit Submarine patrols. Pete qualified as a Surface Warfare Officer, a Command Duty Officer, Tactical Action Officer, Officer of the Deck (both Fleet Activity and Independent Steaming), CIC Watch Officer, and JOOD.  His assignments included Electronics Officer, CIC Officer, Intelligence Officer, and Administrative Officer. After active duty, Pete served in the Navy Reserve service from 1966 to 1985, mainly in Convoy duty units, and with three short tours on reserve destroyers, and a final tour on the Naval War College Reserve Staff. Pete had 2 tours as a Commanding Officer (VTU and NCSO). 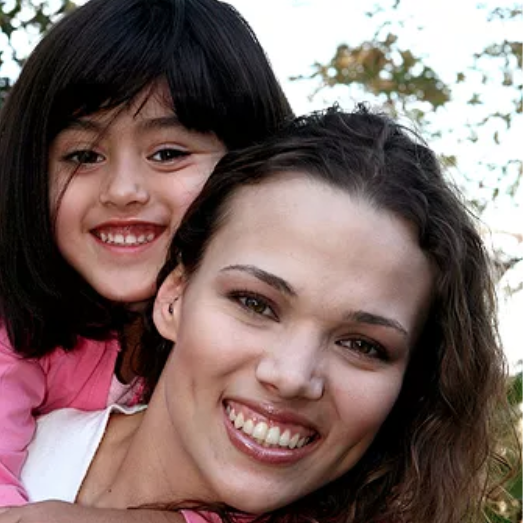 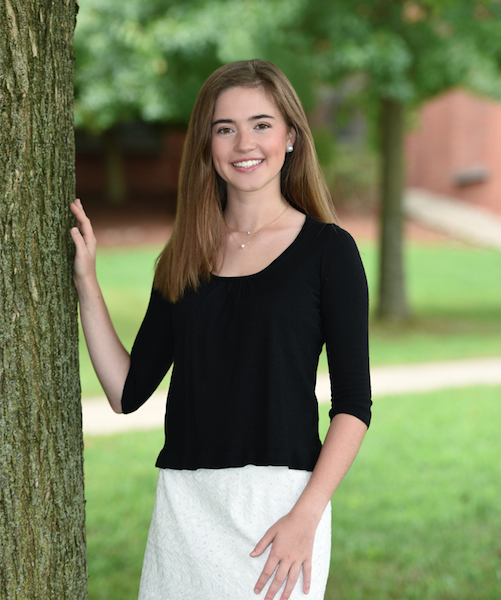 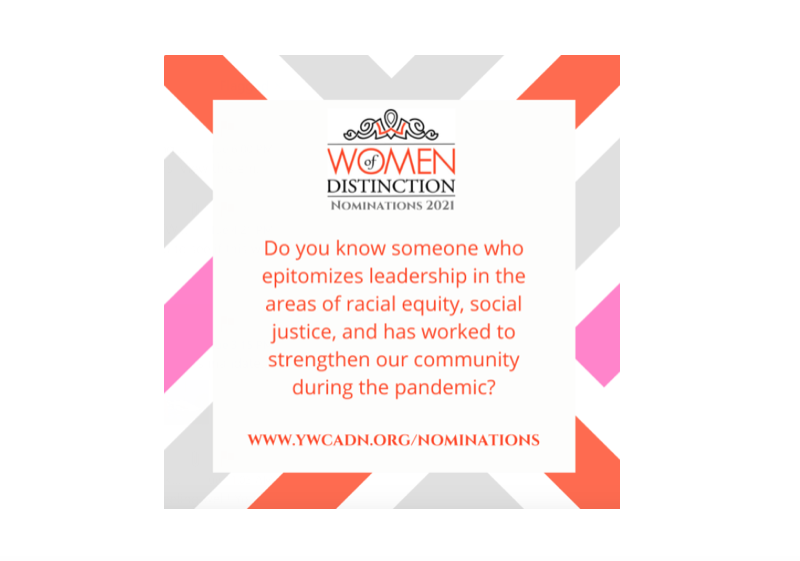 YWCA Darien/Norwalk Invites Your Nominations for Women of Distinction Awards 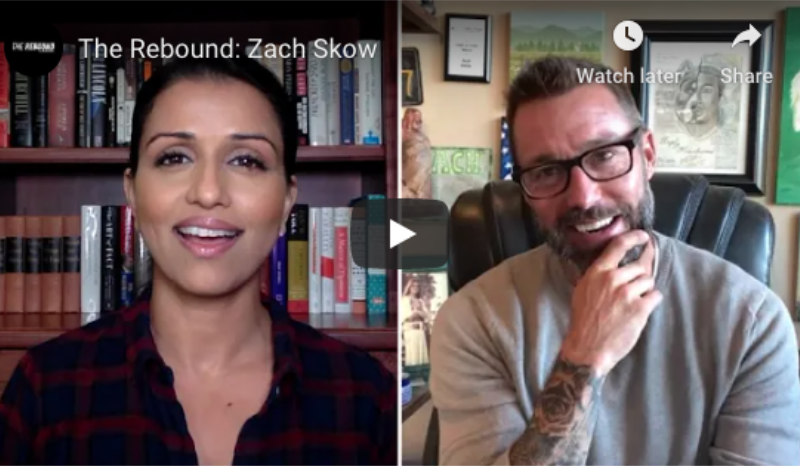 TV79 to Broadcast 'The Rebound,' an Interview Show by Veteran Journalist Reena Ninan of Darien

Reilly is now also a member of Darien’s Planning & Zoning Commission and Blight Review Board. He has been involved in a number of public service organizations, especially involving education. He was a trustee of his high school alma mater, King School in Stamford, and served as president of its board for seven years. He was a member of Darien’s Board of Education for eleven years, and he has served on the NCC Foundation for eight years.

Darien Was Home To the Man Who Ran the Manhattan Project, Building the First Atomic Bombs

After Albert Einstein convinced President Franklin Roosevelt that an atomic bomb could and should be built during World War II, the government turned to Gen. Leslie Groves, a brash, brusque and brilliant army officer to get it done. He succeeded in organizing and administering the project that built the two deadliest weapons ever used by mankind, resulting in the atomic attacks on Hiroshima and Nagasaki. But the same personality and tactics that helped him burst through bureaucratic obstacles to get the job done during the war proved fatal to his own post-war career in the Army. After Dwight Eisenhower gave him the results of a devastating job evaluation, Groves was out the door in February 1948. That’s when he took a job heading up research for one of the earliest computer companies, Remington Rand, and bought a newly built house that still stands today at 9 Dellwood Road in Darien, a short commute to the site of his research division in Rowayton.

Susan Marks Named a 2020 Woman of Distinction by YWCA of Darien/Norwalk, Event This Fall

Susan is a model for engagement in the community for strengthening families and advancing opportunity for women and girls. She has not only promoted the causes of family wellness and women’s mental and physical health, but engages others in the causes she promotes with her energetic and personable approach. Susan’s work on the Laurel House Board of Directors includes increasing access to mental health services to individuals in Darien and to their families. She has actively promoted events in Darien, which give visibility to expert mental health service and encourages families to talk about mental health as a cause that affects every family.

The latest “Darien Neighbors, Global Players” speaker series includes SE Cupp, a commentator with a show on CNN; Steve Mandel, the founder of the Lone Pine Capital Investing hedge fund; and Ian Murray, founder and CEO of Vineyard Vines. The three-lecture series starts on March 31 and concludes on April 28 at the Darien Community Association. Tickets are on sale now. — an announcement from the Darien Community Association

Darien resident Jennifer H. Rearden, a New York City attorney with experience litigating complex commercial cases, was nominated earlier this month by President Trump for a seat in U.S. District Court for the Southern District of New York. Her nomination must be approved by the U.S. Senate before being seated as a judge in the district, which covers all New York state counties from Manhattan and the Bronx in the south to Dutchess, Orange and Sullivan counties in the north. Rearden, 49, is a partner in the litigation and crisis management practice groups at Gibson, Dunn & Crutcher, LLP in New York, according to the White House announcement on Feb. 12. In her past cases with Gibson Dunn, according to the law firm’s website, Rearden has represented “clients in complex commercial litigation, including major fraud and contract cases, large sales tax matters, and disputes with states and municipalities, as well as internal investigations.

Carol Wilder-Tamme is on an adventure, and appearing in the Tournament of Roses Parade this Wednesday, Jan. 1, in Pasadena, California is just one part of it. She’s been posting pictures and descriptions about the preparations of the large Mayflower replica float being created by the General Society of Mayflower Descendants that she’ll be riding on, and you can follow along here. Wilder-Tamme has been posting pictures and messages on her “Stayin’ Alive” blog and gave Darienite.com permission to republish them. The work is sometimes difficult, may have a little risk (at least enough to demand that the volunteers pay attention to safety) and is resulting in a striking float, decorated with flowers and seeds, that commemorates the 400th anniversary of the landing of the Mayflower, which took some of Wilder-Tamme’s ancestors to Plymouth.

If you watch the  Tournament of Roses Parade on Jan. 1, you’ll see a replica of the Mayflower, a float from the General Society of Mayflower Descendants, and Carol Wilder-Tamme of Darien will be on it. The “The Voyage of Hope~1620” float in the Pasadena, California parade will commemorate the 400th anniversary of the landing of the Mayflower. “I’ve been selected to be a 17th century attired Mayflower passenger on the float,” Wilder-Tamme said. She sent in an eight-page application, which was accepted by the organizers.

Marc Thorne Passes Away, Weeks After Ending His Term as a Selectman

Marc Thorne, who just ended his term as a member of the Board of Selectmen, passed away Monday morning, a day after suffering a severe stroke. His obituary: Marc Thorne, 81, Selectman, Volunteer, Brought ‘Enthusiasm, Kindness and a Gentle Spirit’ (Dec. 17)
“We are all still shocked at the news of Marc’s passing,” First Selectman Jayme Stevenson said. “There are certain people whose warm presence you can always count on and Marc and Barbara Thorne are two of those people. “They care so deeply for our community and each other and have been an inspiration and role model for so many.

The Late Navy Veteran Richard Costello to be Honored With Street Sign at 12 Noon, Sunday

The Monuments and Ceremonies Commission of Darien invites the public to a street sign unveiling to honor World War II and Korean War veteran Richard F. Costello at 12 noon on Sunday Nov. 3, 2019 at the corner of West Avenue and Moore Street. “People of all ages are welcome to celebrate our hometown wartime veteran and the Costello Family,” the commission said in a news release. “Consider a carpool, walk or ride to help with parking space.” “Darien is proud to honor the Costello family for their involvement in the town of Darien and for their service to country,” the Monuments and Ceremonies Commission said in an announcement.

Honorees at this year’s Darien Old Timers Athletic Association dinner on Monday, Nov. 11 are Jay Chandler, Bryan Lindner, John Miceli, Matthew Criscuolo, Lisa Lindsey, and David Ott. The dinner, which celebrates “excellence and character, not just for a day — but always,” the group’s announcement said, will take place Monday, Nov. 11 at 6:15 p.m. at The Water’s Edge at Giovanni’s, 2748 Post Road, Darien. From the announcement:

“The purpose of this very popular dinner is to recognize the accomplishments of Darien athletes, coaches, and other individuals who support the opportunity for athletics to be part of the educational and community experience in Darien.

The Late Richard Costello, a Navy Veteran, to be Honored With Street Sign

Costello’s name will be added to an existing street sign in time for Veteran’s Day, 2019. A ceremony and street sign unveiling will be held starting at 12 noon on Sunday Nov. 3 on Moore Street at its the intersection with West Avenue. The public is invited and encouraged to attend.

A new, state-of-the-art outpatient treatment center for people recovering from substance abuse and mental health problems will be named after a Darien couple who volunteered and contributed to get it built.

Liberation Programs, in recognition of their contributions to the recovery community, is naming the new Pelletier Wellness Center in Bridgeport for Darienites Sallyan and Steve Pelletier at a ribbon-cutting ceremony at 3 p.m., Thursday, Sept. 19. “The 11,000-square-foot center will increase access to treatment and support at a time when it is urgently needed, providing expanded and enhanced services and treatment for substance use and mental health disorders under one roof,” the drug-treatment organization said in a news release. “The Pelletier Wellness Center is a state-of-the art outpatient treatment center providing medication-assisted recovery, individual and family therapeutic counseling and support services to people seeking treatment for substance use and mental health disorders in Fairfield County,” the news release said. Nearly all — 98 percent — of Liberation Programs’ 750 clients in Bridgeport participate in medication-assisted recovery related to opioids, according to the organization.

A Darien Troop 53 Scout, Maximus Racanelli, completed his Eagle Scout service project in August at the Darien Community Association Bird Sanctuary. Racanelli led his team to construct two insect hotels which provide a home for various insects such as bees, beetles, fireflies, ladybugs, dragonflies, and butterflies. — an announcement from the Darien Community Association

These various bugs help to pollinate the flowers, plants, and trees in the sanctuary. Insect hotels are natural structures that are helpful to the environment because not only do they provide homes for insects, but they provide food for species higher up the food chain including birds and small rodents, creating a stable base in the ecosystem. Each insect hotel was assembled using seven wooden pallets to create the frame and filling in each layer with various materials such as bamboo filled with hollow plant stems, straw, pieces of terra cotta pots, and seed pods for different insect species to live in.

Know a Darien Girl Whose Acts of Kindness Should Be Celebrated? Tell the Kirby Girl Store

Kirby Girl, a Darien based teen gift boutique, is starting a campaign called, “Kirby Girl of the Week,” celebrating girls of the Darien community for their acts of kindness. — an announcement from Kirby Girl. Darienite.com covers Darien businesses with significant new offerings, significant personnel changes or other big changes in their organizations. Businesses can email announcements to Dave@Darienite.com. People in the local community can now nominate candidates each week.