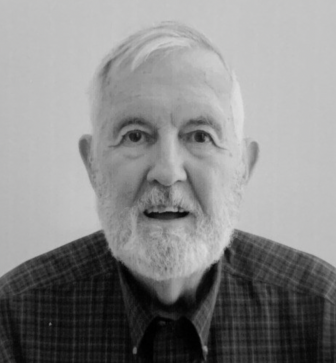 John Sutton died on July 29. A A Celebration of Life will take place Aug. 27.

Born in Trenton, New Jersey in 1933 to the Rev. Fred Perry Sutton and Dorothy Auten Sutton, John devoted his life to education, service, his church, and his family. He walked this earth with quiet dignity and left his imprint on so many he met along the way. He will be greatly missed.

He was active in the Boy Scouts and earned the rank of Eagle Scout. Following high school, he earned two degrees from Yale University; a bachelor’s degree in English in 1955 and a Master of Arts in Teaching in 1956. John was on the varsity fencing team at Yale, making his mark with the epee.

In addition to teaching thousands of students, John mentored student teachers and novice teachers and never stopped developing his craft. After retirement, he continued to teach and learn at Lifetime Learners in Norwalk and Osher Lifelong Learning Institute at the University of Southern Maine in Portland. One of his greatest joys was singing bass with the Osher Lifelong Learning Institute’s OLLI Singers..

The son of an Episcopal priest, John was a man of faith who served the Church and its people, from altar boy to lay minister to vestry member to delegate at state and national conventions of the Episcopal Church. His home parishes included the Church of the Good Shepherd in Shelton, Trinity Church and Grace Church in Norwalk and St. Nicholas Church in Scarborough, Maine.

Whether it was at the Open Door Shelter soup kitchen in Norwalk or on a trip to Sierra Leone to visit the girls school started by Grace Church, John was always generous with his time and talents.

John pursued his passions wherever he was. One of them was sailing his Jet 14, the Boola Belle, and his Sunfish, Sutfish, on Long Island Sound and on the Great Sound off Stone Harbor, New Jersey. John was a member of the Norwalk Power Squadron, where he achieved the rank of Navigator and served as Commander for one term.

As a member of Norwalk Camera Club, he enjoyed learning the latest techniques and entering amateur photo competitions. John was a voracious reader, and according to his handwritten book list, he read over 4,000 books from 1957 to the present! He also wrote hundreds of poems, and he enjoyed meeting regularly with a group of fellow poetry lovers at their homes. His last poem was an ode to his wife, Dorothy, on her birthday in January.

Finally, John loved woodworking, especially building utilitarian items for his family. Whether it was a jungle gym, rocking boat, or bunk bed for his daughters when they were young or a cedar chest and kitchen cabinets for them as adults, John was recycling materials before it was popular. Through building, he showed his love, one nail at a time.

John was predeceased by his parents; and his sister, Mary Faith Sutton. He is survived by his beloved wife of 66 years, Dorothy Nicholas Sutton of Scarborough, Maine; his daughters, Cathy Bennett of South Portland, Maine, and Carol Sutton of Fryeburg, Maine; and their husbands, Mark Bennett and Christopher Madden; his grandchildren, Dana Bennett of Westbrook, Maine, Carolyn Bennett of Seattle, and Malachai Madden of South Portland, Maine; his cousin, Edith Ruth Rohrman of Gibbstown, New Jersey; and his niece and nephews and their families.

The family would also like to acknowledge John’s home healthcare angels — Brandi, Carline, Diane, Paige and Theresa. Their tireless attention to John’s needs were a source of immeasurable comfort for him and the family.

A Celebration of Life will take place at St. Nicholas Episcopal Church in Scarborough, ME, on Saturday, Aug, 27. Details will be provided.

— This obituary was published by the Norwalk Hour on Legacy.com, where online condolences may be left.