In partnership with Verso Studios at Westport Public Library, Stamford Symphony’s Wind Quintet performance at 2 p.m., this Sunday, Nov. 21, at the library.

As a follow up to the Stamford Symphony Gala, which streamed live from the Westport Library in October, this performance marks a significant milestone in our partnership.

Serving as the eastern hub for the Stamford Symphony, the Westport Library partnership strengthens the Symphony’s mission to serve its many audiences in Fairfield County, making music accessible for all-ages.

“The symphony’s first live performance from the Westport Library will showcase the wind quintet’s versatility and demonstrate a uniquely different expression and unique flare,” said Russell Jones, president and CEO of Stamford Symphony. “This is just a taste of what is to come as we expand our footprint and build upon this partnership.” 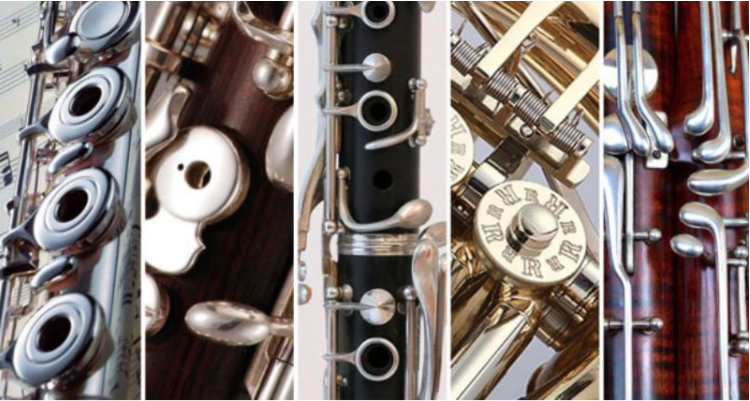 This partnership is one example of Stamford Symphony’s plans to bring  professional music performances to local audiences across Fairfield County. As the 2021-2022 season progresses, expect to see the schedule expand with a variety of chamber concerts, performances and our educational programs.

“We have an audience here that is looking for more arts and cultural opportunities,” said William H. Harmer, executive director of Westport Public Library.

“Creating community partnerships is essential to what public libraries are all about. It is refreshing to work with Russell Jones and the symphony. Our shared philosophy and approach will make for a great collaboration.”

You can buy tickets online, here.

A wind quintet comprises flute, oboe, clarinet, French horn and bassoon. Unlike the string quartet, with its homogeneous blend of sound color, the instruments in a wind quintet differ from each other considerably in technique, expression, and musical character.

A fun, spirited program demonstrates the versatility of the ensemble and the creativity it inspired from many composers.

Elizabeth Mann is a featured performer in concert halls throughout the United States, Europe and the Far East. She is the principal flutist of the Orchestra of St. Lukes, the St. Lukes Chamber Ensemble and is a member of the Orpheus Chamber Orchestra.

Todd Palmer is a three-time Grammy nominee and has appeared as soloist, recitalist, chamber music collaborator, educator, arranger, and presenter in a variety of musical endeavors around the world.

The Stamford Symphony comprises professional musicians from the tri-state area, drawing its members from premiere ensembles including the Metropolitan Opera, New York City Ballet, the American Symphony Orchestra, the New York Pops, and the Orchestra of St. Luke’s.

Skitch Henderson was appointed Music Director in 1974, and with the hiring of Barbara Smith-Soroca as General Manager in 1979, the orchestra began its ascent to a fully professional orchestra and an integral part of the cultural fabric of Fairfield County.

The year 1980 brought a new music director, Roger Nierenberg, who spent the next 24 years recruiting top musicians from the New York metro area and crafting a balanced ensemble of remarkable versatility. Maestro Nierenberg expanded the Orchestra Classics Series and created new music and education programs, developing the Stamford Symphony as a valuable classical music resource for Stamford and its surrounding communities.

His successor, Eckart Preu, was appointed in October 2005, following an international search that attracted more than 250 applicants, and concluded his final season with Stamford Symphony in 2017. Beginning with the 2020/2021 season, the Orchestra welcomes Michael Stern as its fourth music director.

The Stamford Symphony’s home is at the Palace Theatre where most performances occur in the beautifully restored venue.

Music Education programs serving 6,000 students have grown to include FREE tickets for kids under 18, Concerts for Students: The Carnegie Hall’s Weill Music Institute Link-Up Program, Master Classes with students from the HARTT School of Music and more.