Two Darien restaurants received a “C” rating, the worst grade in the town’s A/B/C ratings system, in the inspection reports released Thursday by the Darien Health Department. The department released health inspection reports for 10 food-serving establishments on Thursday for inspections that took place from Sept. 21 to 30. In addition to the two “C” ratings, five inspections resulted in an “A,” another three received a “B.” Keep in mind that a food-serving establishment with a history of good ratings may occasionally get a poor inspection rating, occasionally the best do, and every restaurant normally gets a few things wrong. 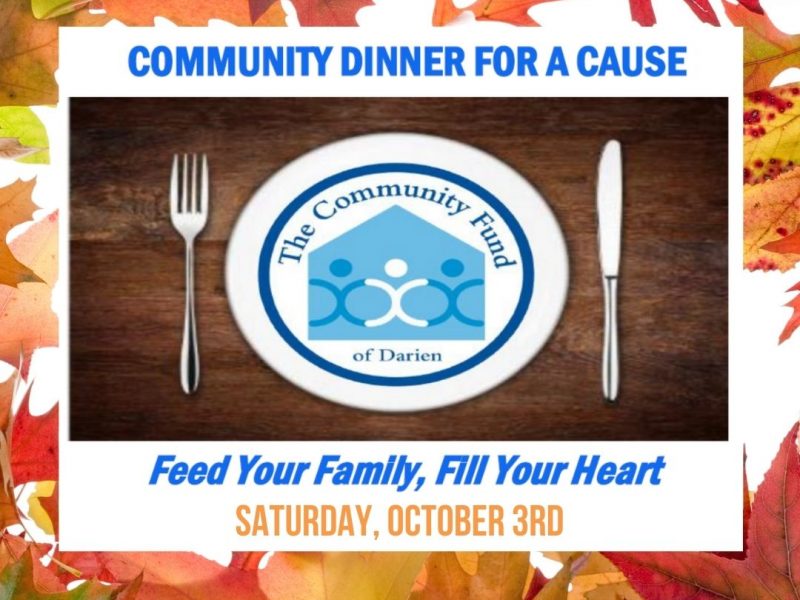 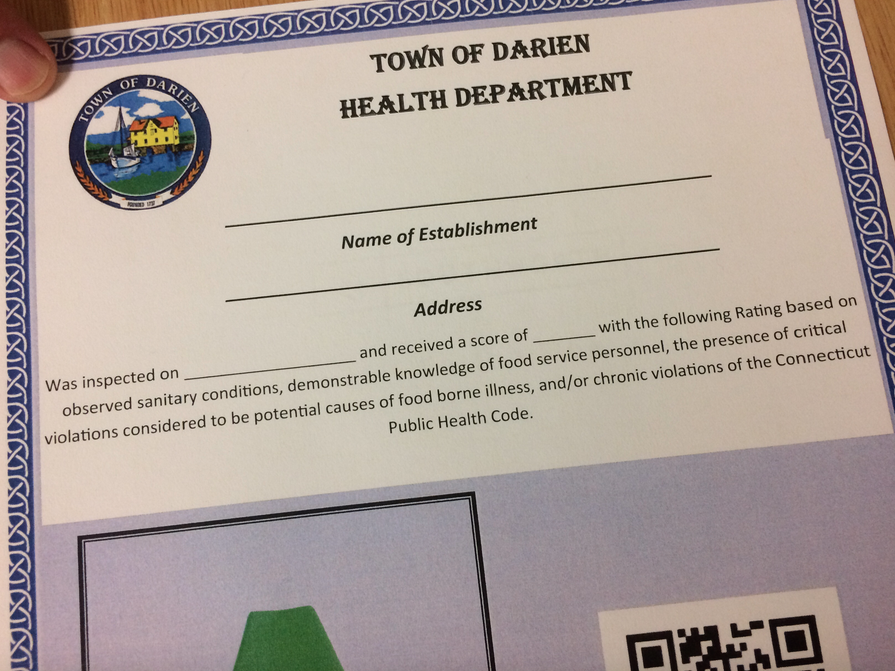 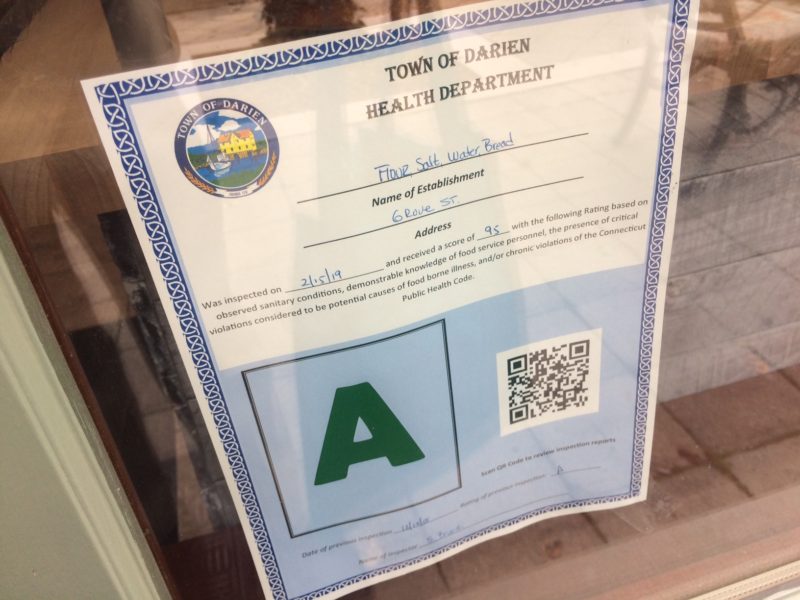 Here’s how Darien restaurants and other food-serving places fared in the latest inspection reports, released Thursday by the Darien Health Department. The department on Thursday released five reports of inspection visits from Aug. 28 to Sept. 2. Of those, three inspections resulted in a “B” rating and two more received an “A.”

Here’s how Darien restaurants and other food-serving places fared in the latest inspection reports, released Thursday by the Darien Health Department. The department on Thursday released five reports of inspection visits from Feb. 14 to March 7. Of those, three inspections resulted in a “B” rating and two more received an “A.” No establishment was rated “C.”

Here’s how Darien restaurants and other food-serving places fared in the latest inspection reports, released Thursday by the Darien Health Department. The department on Thursday released seven reports of inspection visits from July 28 to Aug. 1. Of those, two inspections resulted in a “B” rating and five more received an “A.” No establishment was rated “C.”

One restaurant in Darien received a “C” rating, the worst grade in town Health Department’s A/B/C ratings system, in the inspection reports released recently by the Darien Health Department. The department released 20 health inspection reports for food-serving establishments for inspections that took place from July 10 to July 29. Darienite.com also found two inspections for Woodway Country Club (one for the pool snack bar). Eight inspections resulted in an “A” rating and nine others received a “B.” Keep in mind that a food-serving establishment with a history of good ratings may occasionally get a poor inspection rating, occasionally the best do, and every restaurant normally gets a few things wrong.

Nuts for Donuts? Get Your Top-of-the-Line Artisanal Doughnuts This Saturday (order by Wednesday)

The Corbin District has announced that an artisanal doughnut maker will have six-packs of the confections delivered to downtown Darien on Saturday for those who get their orders in by Wednesday. Here’s the announcement from the Corbin District:

We are proud to bring to Darien, directly from Williamsburg, Brooklyn, Du’s Donuts by chef Wylie Dufresne. Long before Wylie was aerating foie gras at his renowned New York City restaurant wd-50, he was enjoying assorted treats his great grandfather would bring home from the Ever Good Donut Shop in Rhode Island, where he was a baker. Fast forward through a decorated culinary career that has been described as “ingenious,” “full of wizardry,” and “amazement,” and Dufresne has set his mind to mastering the item that shaped some of his earliest memories, and that captures the heart of food lovers the world over: the simple, irresistible donut. We will be offering a $20 6-pack of some of our most popular flavors:

The Darien Health Department has given a description of what it’s now doing to ensure food safety while formal inspection reporting has been suspended since the state suspended in-restaurant dining in mid-March.

The department now has restaurants screening employees for COVID-19 symptoms, social distancing on the job and use of personal protective equipment (PPEs). Signage and floor or ground markings are required for customers waiting in line to pick up food, and one-way foot traffic flow is required. Workers must make sure to wash their hands, and no bare-handed contact with ready-to-eat food is allowed. The department is also making unannounced visits to food-serving establishments to make sure the safety rules are being enforced by establishment management and adhered to by employees, even though inspections aren’t formally recorded in the regular reports. “This office has begun dialog with our local establishments to ensure that when reopening does occur, it will be in accordance with best practices to protect the public and the food service workers,” the announcement said.

Wee Burn Country Club served alcohol to a minor and violated four other liquor laws or regulations, the state Liquor Commission has determined, so the commission fined the club $15,000 for that and suspended liquor sales for two days in October. The commission’s public notice about the suspension has few details about the violations it says the club committed, but, in addition to “sale to minor,” lists them as “club permit,” “restrictions on drink promotions,” “consumer bar violation” and “sale to intoxicated individuals.” The club, located at 410 Hollow Tree Ridge Road, will be barred from serving liquor on Oct. 12 and 13, 2020. The commission’s website didn’t give any details about the sale to a minor, but Darien police last August accused a Darien man of providing liquor to two “minors” — 19-year-old caddies, in part at the Wee Burn club bar.

The kitchen and bakery have reopened at Palmer’s Market, the store announced Wednesday in an email to customers, and it told customers that the hours have changed. At the bottom of this article, we’ve added the most current listing of all supermarket hours and information in town, from the town government website. Palmer’s Announcement
Dear Customers,

This new week has brought us some new changes that we wanted you to be aware of. REVISED STORE HOURS
Until further notice our store hours will be:
Monday thru Saturday: 7 a.m. to 6 p.m.
Sunday: 9 a.m. to 6 p.m.

EMERGENCY GROCERY SERVICE
In an effort to ensure that we can get groceries to everyone in need, only 1 order per household per week will be permitted. Please take this into consideration when ordering.

This list of restaurants in town that are still open and offering some combination of take-out, curbside pickup or home delivery is on the town government website and updated as of Friday, 9:28 a.m. since Darienite.com first published it. A link to the list Web page can be found here, on this list of COVID-19 resources and online information at the town government website. RESTAURANT INSPECTION REPORTS — Here’s a link to Darien Health Department’s ratings for particular restaurants. Town Health Director David Knauf recently said his department inspectors are working more closely than ever with restaurants in recent weeks but doing no inspections. He said he believes the result is still very safe for customers.

In order to help out the town’s restaurants, whose business is expected to suffer when indoor restaurant seating was banned by the governor in an effort to prevent the spread of COVID-19, Darien is easing town regulations on banners and “sandwich board” signs. Here’s the announcement late Wednesday afternoon from Jeremy Ginsberg, town planning & zoning director:

In accordance with state and local temporary mandates, restaurants and food service establishments are now prohibited from allowing patrons to gather at their establishments. Recognizing that such businesses still provide valuable services to the public by providing food and beverage on a take-out or delivery basis, the Darien Planning and Zoning Department has authorized the temporary suspension of the restrictions of the Darien Zoning Regulations which only allow temporary banners for seven days and which prohibit sandwich board or A-frame type signs. It is the intent of this action to allow restaurants and food service establishments that are open for take-out and delivery to have a single temporary sandwich board or A-frame type sign on the walkway near the entrance door. The display area cannot exceed 6 (six) square feet per side.

Stop and Shop announced days ago that its stores would be open solely to seniors in the very early hours of each day. Palmer’s Market in Darien also announced curbside and delivery service for people who need it. On Wednesday, Whole Foods Market announced its stores were also taking steps to keep their stores safer for shoppers. Trader Joe’s has stopped all food sampling in its stores and changed its hours to give staff more time to make sure stores are well-sanitized. Here’s a rundown:
Whole Foods Market: 8 to 9 AM for 60+ Seniors
“Starting on Wednesday, March 18, all Whole Foods Market stores in the U.S. and Canada will service customers who are 60 and older one hour before opening to the general public, under the new adjusted hours posted on the store’s web page,” the company announced on its website.

You Can Get Take-Out, Curbside Pickup or Delivery from These Darien Restaurants

Darien town government has published a list of town restaurants open for take-out services, curbside pickup, home delivery or some combination of those services while their seating is closed to reduce the spread of COVID-19. Editor’s note: A “sidebar” with advice from a National Public Radio article has been added to the bottom of this page. Also, Stop and Shop supermarkets, including the one in Goodwives Shopping Center at 25 Old Kings Hwy. North, will be open early mornings for only seniors (60 years old and older) from 6 to 7:30 a.m. every day. The rest of the public can come in after that.

First Selectman on What You Can Do to Cope With, Reduce Spread of COVID-19 in Darien

First Selectman Jayme Stevenson, in a “Code Red” phone call to town residents Monday night, gave an update on what the town government is now doing to help halt the spread of COVID-19 in Darien. She added that what you do in that effort is extremely important, and important now. For instance, Stevenson said: “In spite of this formal guidance, play dates, dinner parties and all social gatherings should be put on temporary hold — you may not know if you or others are contagious. The risks are just not worth taking. “All these efforts, while extraordinary to be sure, are intended to slow the spread of the virus, reduce the chances of overwhelming our healthcare system and to save lives.”