Volunteers along coastal communities are needed by The Maritime Aquarium at Norwalk to help collect data on a turtle whose population is of special concern in Connecticut, the diamondback terrapin.

The Maritime Aquarium is recruiting volunteers to train for the “Terrapin Tracker” program, a special initiative whose goal is to better understand where diamondback terrapins live and to potentially add protective measures along coastal roads. Registration is open now for virtual trainings on March 23 and 29.

The diamondback terrapin (Malaclemys t. terrapin) is the only turtle along the U.S. Atlantic Coast that spends its life in the brackish water of salt marshes and tidal creeks. They’re named for the diamond-shaped pattern atop their top shell. Females (at about 9 inches) are larger than males (about 5 inches). 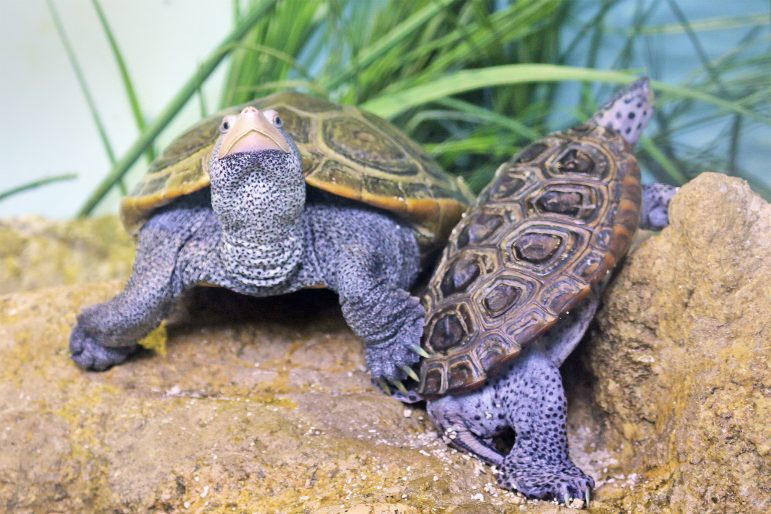 Terrapins: Registration is open now for virtual trainings on March 23 and 29.

Populations of the terrapins in Connecticut declined across the 1900s for several reasons, including unregulated harvesting for food, habitat loss, predation, boat propeller strikes, drowning in crab and lobster pots, and being hit by cars.

Climate change and sea-level rise are new threats. The terrapins were listed as a species of special concern in 2015 under Connecticut’s Endangered Species Act.

Interested volunteers can sign up for one of two virtual trainings, offered on Wednesday, March 23 and Tuesday, March 29. Each is from 7 to 8:30 p.m. Participants will be trained on data collection and protocols to safely monitor coastal roadways. A suggested donation to participate is asked.

Trained monitors must be 18 years or older. Children can accompany a trained adult.

Advance registration is required for the trainings. Sign up and get more details at www.maritimeaquarium.org/community-science. And see diamondback terrapins on display in The Maritime Aquarium near the river otters.

Volunteers will be assigned a coastal roadway to monitor for terrapin mortalities once a week from April through August.

“It’s an unfortunate task but it’s a simple, helpful way for researchers to understand where strong diamondback terrapin population densities occur, and thus where to target efforts to help protect their numbers,” said Bridget Cervero, a senior education manager for the Aquarium. “By collecting data on road mortalities, volunteers will be helping to potentially reduce the incidents in the future.” 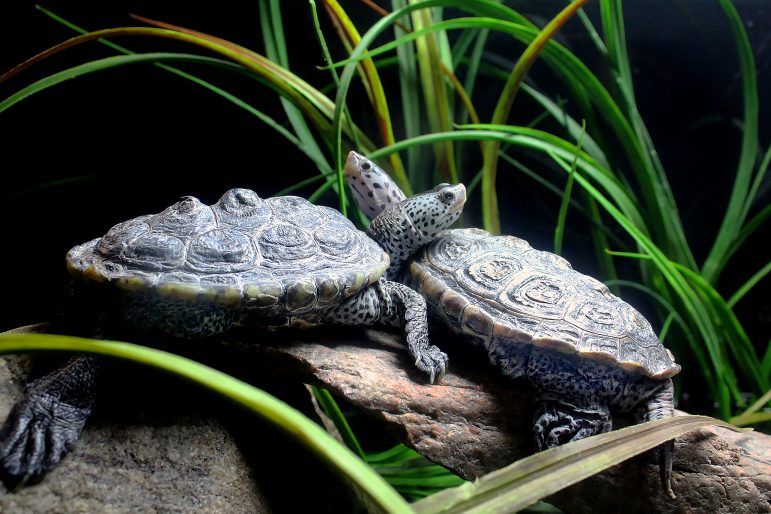 The “Terrapin Tracker” program, a special initiative whose goal is to better understand where diamondback terrapins live and to potentially add protective measures along coastal roads.

Brian Hess, a wildlife biologist for CT DEEP, said the data collected by volunteers could be used to determine the locations for terrapin-safe changes, such as the construction of larger road culverts that terrapins would safely move through, the addition of terrapin barriers or even just road signs cautioning motorists to watch for crossing turtles.

Additionally, the “Terrapin Tracker” project will support the research of John Michael Arnett, a graduate student in the WCSU Integrated Biological Diversity Program who is studying the effects of urbanized roadways on diamondback terrapins.