With deepest sorrow we announce that our son, Garrett William Finley, of Portland, Maine, died on June 15, 2022. He was 37. 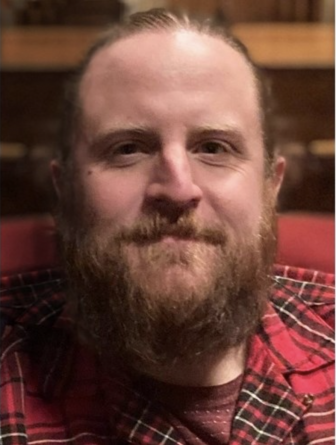 Garrett Finley, 37, passed away on June 15. A remembrance service will be held Sunday, July 24.

His love of Boston and Manhattan was contagious; he loved experiencing the variety, diversity and stimulation of the museums and city life.

His keen eye, amazing sensitivity and fascination with technology fed his interest in all visual arts — particularly photography. His love of music of all kinds was a part of every friendship throughout his short life. Garrett’s big, empathic heart touched many people as he shared his love of the ocean, Vermont, Nantucket and of course, all animals. He was deeply attached to family and friends; he loved cooking good food and sharing in the chaotic fun of our large family gatherings.

Garrett was a proud father and loving son. He is survived by his son, William Richards Finley of Kennebunkport, Maine; his mother, Leigh Flowe Finley and stepfather, Dennis Stevens of Norwalk; his father, William Finley and stepmother, Susan Michaelson Finley; a stepbrother, Thomas Finley, all of Wilmington, North Carolina. He treasured his Connecticut stepsisters — Heather, Hope and Alexis — and their families. He leaves behind a large extended family of aunts, uncles, cousins, nieces and nephews. Garrett was predeceased by his stepsister, Rory Michaelson, whose memory remained close to his heart always.

His family will hold a remembrance service at 4 p.m., Sunday, July 24 at Talmadge Hill Community Church in Darien.

— This obituary was published on Legacy.com by Hearst Newspapers. Condolences may be left online at the Conroy-Tully Walker Funeral Home of Portland, Maine.