Every train journey, whether a cross-country adventure on Amtrak or a mundane daily commute on Metro-North, starts with the same thing: a train station.

The architecture is so rich, the spaces so varied, that any time spent in this cathedral to transportation is time well spent. You can have a sit-down meal or grab a beer and a sandwich, pick up a newspaper, or a new iPhone — it’s all there. 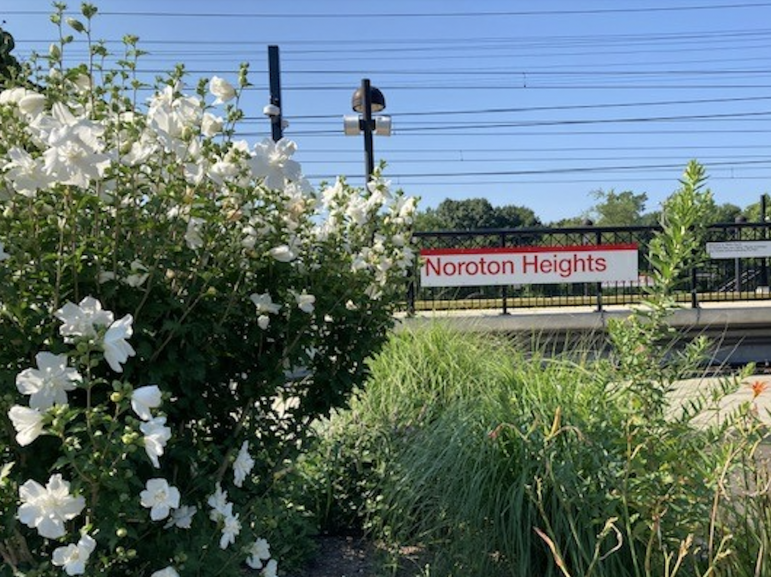 GCT is clean (mostly), well patrolled and filled with people, each giving the others a shared sense of safety and community.

However, visit any commuter rail station in Connecticut and the vibe is often quite different.

First, is the station waiting room locked or open? Same with the restrooms. Are the platforms clean and the benches available? Does the platform have a canopy?

Grand Central is owned and operated by the MTA. But in Connecticut, most train stations are owned by CTDOT but managed by the local town. Got a complaint? Take it to Town Hall. I’m sure they’d welcome your input.

Even the smallest things like the décor of the station and its surroundings can make a positive impression, kicking off your trip with a smile, especially when it comes to flowers. 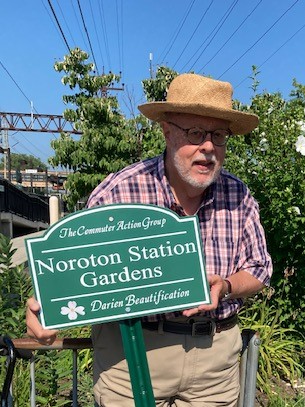 Our gardens at home are near peak right now, abundant with blooms. Why too can’t there be such beauty at our train stations?

In England, even tiny train stations compete for the honors of most beautiful plantings. Garden clubs and civic groups see their local stations for what they are: a gateway to their town where first impressions count.

The growing season in the U.K. may be short, but it clearly gives locals a chance to show their pride. At big city stations in the UK there are flowers too, and surveys show that 70% of riders say their mental health was improved by seeing such displays.

Here in Connecticut, the floral efforts are much more “grass roots,” based largely on a few volunteers and even fewer donations.

I made such a donation this spring to my town’s Beautification Commission specifically earmarked for my local train station, and now the flowers are in full bloom: Rose of Sharon, Anise Hyssop and white Coneflowers, all attracting native bees, butterflies and pollinators.

The beds require regular watering and weeding, a labor of love for the handful of volunteers who tend to their flocks.

Darien’s Beautification Commission Chair Juliet Cain likens the station plantings to a way-station for native insects. “If we do this right, we may increase ridership and pollinator numbers!”

In New Canaan their Beautification League has done extensive plantings and plans a bluestone patio at their train station, which their Vice President, Faith Kerchoff. calls the lifeline of her town to the outside world. 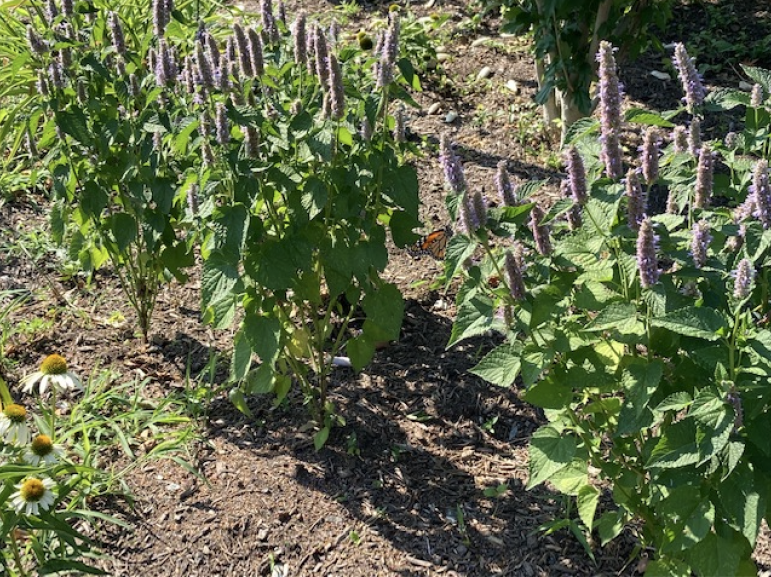 Anise Hyssop with some white Coneflower.

“It’s so important to make a good first impression when people come to New Canaan,” she says. Especially folks thinking of moving up from the gritty city to the leafy ‘burbs.

How do the plantings around your local train station look? Send your pictures to CommuterActionGroup@gmail.com.