— This article is from GreenwichFreePress.com.

The annual sailing competition was established when officers from the USS America (CV-66) donated the trophy to OGYC in 1971. A skipper from the aircraft carrier reportedly won an OGYC race, and his crew was so pleased with the victory that they gifted the trophy to the yacht club.

The history of the race still resonates with Greenwich residents, including OGYC Rear Commodore Beth Eaton-Koch. 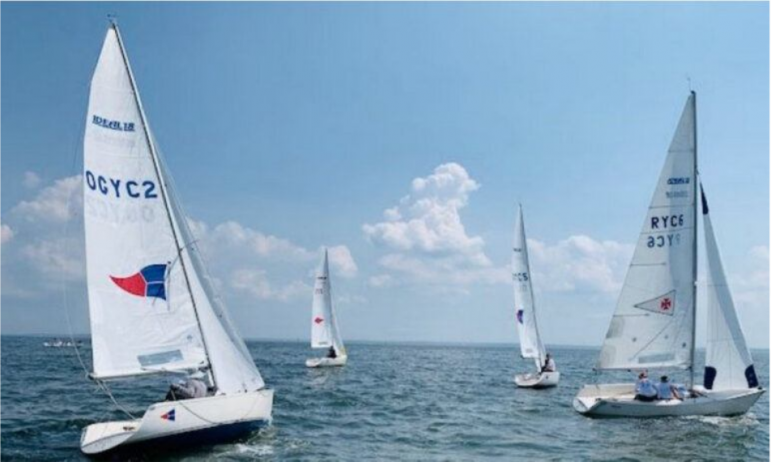 “The U.S. Navy had a civilian organization called the Navy League,” Eaton-Koch said. “We did all sorts of fun stuff, like attending submarine launches up in Groton and touring navy boats and subs that were passing through Long Island Sound. […] The Navy loved stories like this captain and his crew [those who donated the trophy].”

Registration is still open for sailors at all local yacht clubs. Sailors can participate with PHRF, Ideal 18, 29er and Laser boats. Participants must register by 5 p.m. on Friday, Sept. 11.

Spectators can view the race at 12:30 p.m. from Greenwich Point Park (Tod’s Point) or within Captain Harbor outside of the race course.

Due to the coronavirus, no gatherings will follow the race. Awards will be sent to winners on a later date.