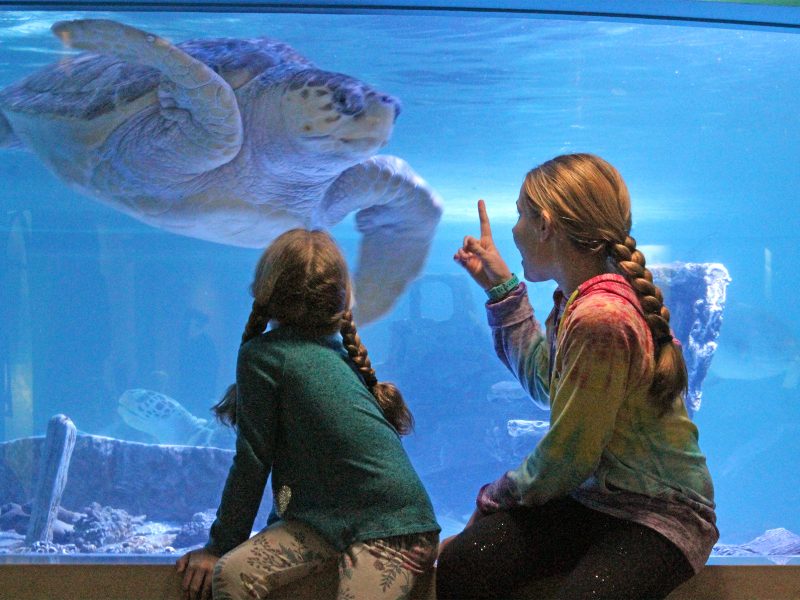 Exciting encounters with seals, sharks, sea turtles and – for a limited time – beautiful tropical butterflies highlight visits to The Maritime Aquarium at Norwalk this summer, especially for Connecticut children receiving free admission through the “CT Summer at the Museum” initiative. — an announcement from The Maritime Aquarium 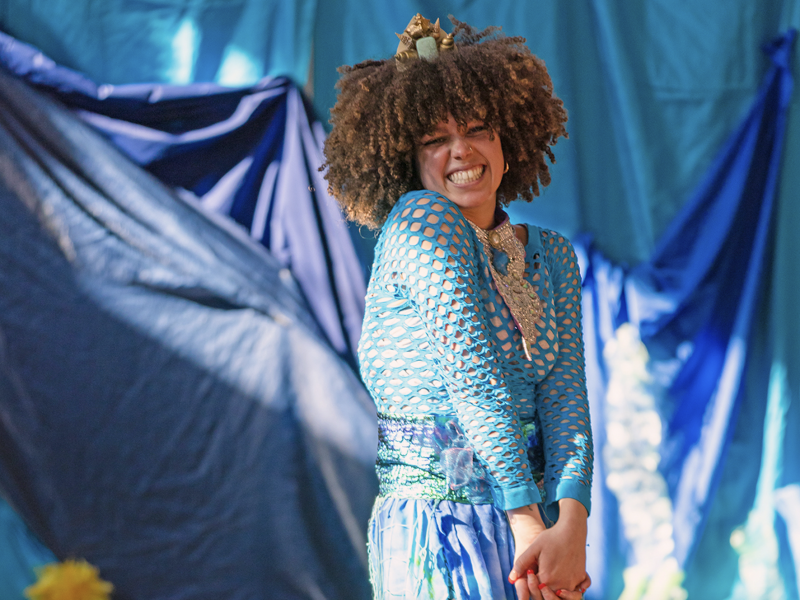 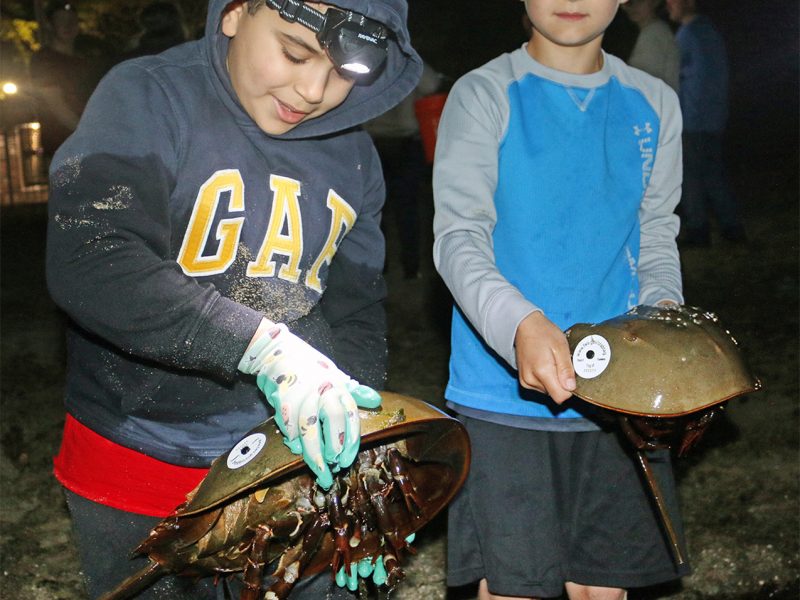 You and Your Kids Can Help Horseshoe Crabs Stay in Long Island Sound; Your Kids' Kids Will Thank You 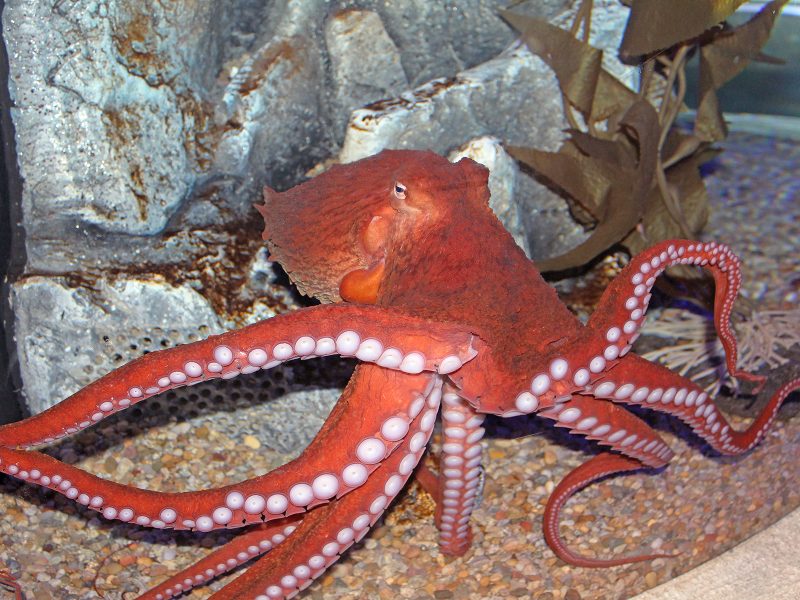 Learn About Octopuses and Their Cousins, Meet Science Friday's Ira Flatow at The Maritime Aquarium 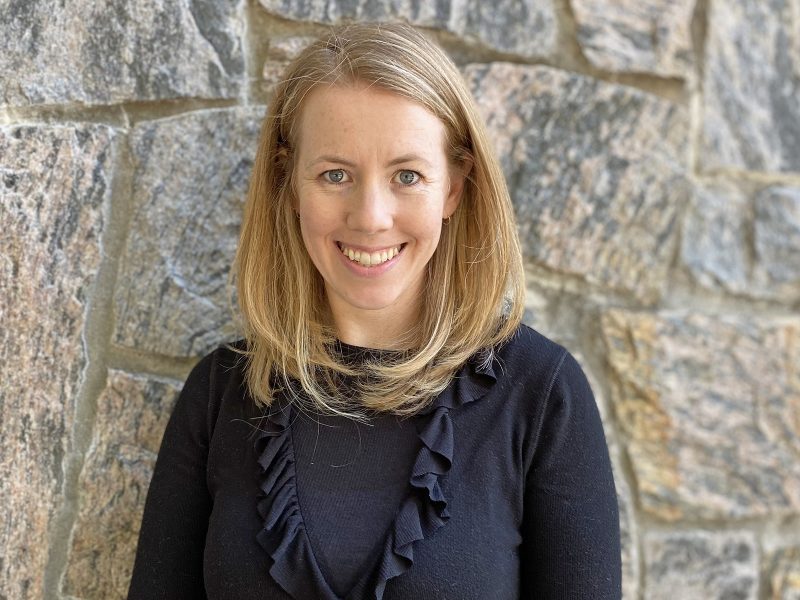 Fittingly on Earth Day, the aquariums are pledging to evaluate and reduce their greenhouse gas emissions, a major cause of a warming planet and global climate change. “We have no choice but to undertake fast and drastic action on a global scale to reduce CO2 emissions into the atmosphere if we want to enjoy the planet as we have known it for thousands of years,,” said Jason Patlis, president and CEO of The Maritime Aquarium, “and it is the responsibility of The Maritime Aquarium, as one of the foremost aquariums in the nation, to lead by example and join the nation’s other top aquariums in committing to a path that will lead us to a carbon neutral future.”

Within a year, with a long-term goal of achieving climate neutrality, the 24 aquariums will assess the amount of CO2 emissions that their operations create, either directly from on-site, owned sources, or indirectly from – for example – the electricity, heating or cooling that they purchase. They’ll also determine additional priority reductions from such emission sources as purchased goods and services, business travel, employee commuting and waste disposal. By April 2024, the aquariums will develop individual emissions-reduction plans, with timelines for completion.

You’re Invited to Participate in ‘Global Bioblitz’ to Record Observations of Nature, April 29 to May 2

The Maritime Aquarium at Norwalk is encouraging residents of Fairfield and Westchester counties to make and share simple observations of plants and animals April 29-May 2 as part of a global bioblitz called City Nature Challenge. — an announcement from The Maritime Aquarium

The Aquarium is organizing Fairfield and Westchester counties’ “team” in this four-day international event, which pits metro areas in a contest to make the most observations of nature, to find the most species and to engage the most people. “We’d love for as many families and individuals in the two counties to make as many observations as they can, even if it’s just for a brief time on one of the four days,” said Bridget Cervero, senior education manager. “Making observations for City Nature Challenge is more than a fun excuse to get out and learn about the animals and plants in your community,” Cervero said. “The data gives scientists an annual invaluable moment-in-time snapshot of our local and global species.”

Anyone can participate anywhere.

The Maritime Aquarium is recruiting volunteers to train for the “Terrapin Tracker” program, a special initiative whose goal is to better understand where diamondback terrapins live and to potentially add protective measures along coastal roads. Registration is open now for virtual trainings on March 23 and 29. The diamondback terrapin (Malaclemys t. terrapin) is the only turtle along the U.S. Atlantic Coast that spends its life in the brackish water of salt marshes and tidal creeks. They’re named for the diamond-shaped pattern atop their top shell.

This Month: Three Days With Special Discounts for Scouts at Maritime Aquarium

Cub Scouts, Scouts BSA and Girl Scouts can receive discounted admission and take part in special programs that help to fulfill adventure and badge requirements during special “Badge Weekends” in March at The Maritime Aquarium at Norwalk. — an announcement from The Maritime Aquarium

“The ‘Badge Weekend’ days offer Scouts of all ages the chance to enjoy and discover, while taking advantage of the Aquarium’s resources toward fulfilling numerous badge requirements all in one special day,” said Ann Marie Lisi, associate director of education at the Aquarium. “We have an exciting variety of program opportunities for Scouts, from considering how we can limit our effects on the environment to focusing on the adaptations that put sharks at the top of the food chain to going behind the scenes to learn how the Aquarium provides top-quality daily care to the resident animals,” Lisi said. _______________________
If Your Kid Is Attending … SIGN UP HERE, and get more details, including program content on the Aquarium website.

Meerkats Get a Christmas Gift at Maritime Aquarium — a New, Larger Living Space

Beginning Dec. 26, The Maritime Aquarium’s meerkats move upstairs into an exhibit twice as large as their original display. The new exhibit replicates the animals’ native African-desert habitat and offers the meerkats many new opportunities for climbing, digging and exploring. Plus, three viewing “bubbles” will give guests the chance to pop up right among the meerkats.

COVID-19 Vaccines Available for Kids 5 to 11, From 4 to 7 PM at Maritime Aquarium

Kids ages 5 to 11 can receive their vaccination against COVID-19 on Wednesday, Nov. 17 at The Maritime Aquarium at Norwalk — with the bonus reward of a discounted return visit. Appointments are required. Learn more and make appointments here. Or call (203) 854-7985.

‘Think You Know Goldfish?’ The New Maritime Aquarium Exhibit May Surprise You

They most likely were your first pet. You could win them at carnivals. Mom flushed them when they died. And there was a college craze in the 1950s of swallowing them.

For its rapid and broad response in providing live virtual science lessons to schools suddenly thrust by COVID-19 into online learning, The Maritime Aquarium at Norwalk is being honored for the best educational initiative in 2020 by any zoo or aquarium in the country. — an announcement from The Maritime Aquarium

The Aquarium’s implementation of — and the global reception to — a new slate of STEM-based virtual programs received the top award for education on Wednesday, during the annual conference of the 241-member Association of Zoos & Aquariums (AZA). In presenting the 2021 award, the AZA judges said, “This program has impressive reach and is connected to many diverse communities around the world with its inclusive approach of different languages and abilities.”

Since the pandemic hit in spring 2020, The Maritime Aquarium has live-streamed standards-fulfilling lessons on animals, conservation, habitats and other marine-science topics to more than 38,000 students and individuals in 44 states and on five continents — North and South America, Europe, Asia and Africa. “This national award confirms the quality of our programs,” said Aquarium President Jason Patlis. Tom Naiman, the Aquarium’s vice president of education, said it’s significant that this is the first time the AZA has presented a top education award for a virtual program.

Programs for Home-Schooled Kids on Oct 1 at Maritime Aquarium

“Homeschool Day” makes available to homeschool students many of the educational classroom programs regularly presented to traditional school groups by Aquarium educators. Options on Oct. 1 include story times for preschoolers and a selection of classroom programs for kids in all grades, from K-12.

“A Slug’s Life: Facing the Climate Endgame,” a unique special exhibit that blends live animals and art to warn about climate change, is being extended to remain open through Labor Day, Sept. 6, at The Maritime Aquarium at Norwalk. — an announcement from The Maritime Aquarium

“A Slug’s Life: Facing the Climate Endgame” originally was to close June 13. But Aquarium spokesman Dave Sigworth said the exhibit continues to fascinate guests. Stars of the exhibit are nudibranchs, a group of mollusks known for their striking forms and brilliant colors.

(Not Quite) at the Maritime Aquarium: a Virtual Pajama Party, 7 to 9 PM, Saturday

Put on your favorite PJs on and join Aquarium staff online for a pajama party! See the stingrays, seals, and sharks after hours as we tour the galleries. — an announcement from the Maritime Aquarium

Get a peek behind-the-scene of the open ocean shark tank and inside the fish kitchen. Meet a variety of intertidal animals during a touch tank demonstration. End the evening making a craft activity at home and listening to a bedtime story.

During this “Sensory-Friendly Evening,” from 5:30 to 7:30 p.m., lights in the Aquarium will be lower, and music and other sounds will be turned down or off. Plus, admission will be discounted, and the aquarium will show movies in the new 4D Theater without special effects. Tom Naiman, the aquarium’s director of education, said the Aquarium created “Sensory-Friendly” events in 2016 to be supportive of children and adults with special needs who may find a visit to the aquarium too stressful. “We have been offering occasional ‘Sensory-Friendly’ events in recognition that some elements of our exhibits can present a challenge because the spaces may be seen as too bright or loud or crowded for some people,” Naiman said.

President and CEO Jason Patlis said special measures have been added and refined since the Aquarium’s reopening in June under Gov. Ned Lamont’s reduced-capacity rules. Although the South Norwalk family attraction is allowed to have full capacity as of Friday, it will loosen — but not eliminate — its own limits on how many guests can enter each hour, he said. “We continue to strongly encourage guests — even Aquarium members — to reserve their tickets in advance online so that the actual admission process can be quick and contactless, and to guarantee their entry when they arrive,” Patlis said. Upon entering the Aquarium, guests will find a number of protocols in place.