Enjoy a guided deep dive into the amazing world of octopuses, squid and their inky ilk on Tuesday, June 14 as public radio’s “Science Friday” founder and host Ira Flatow celebrates “Cephalopod Movie Night” with a special lineup of films and experts at The Maritime Aquarium at Norwalk.

Tickets are on sale now for the family-friendly event, hosted in-person by Flatow and offering a fun and informative focus on cephalopods, the fascinating class of mollusks that includes the octopus, squid, cuttlefish and nautilus.

Through short documentaries produced by “Science Friday” and from in-person experts, guests will learn the latest discoveries about cephalopod adaptations and behaviors, and get insights into their care at The Maritime Aquarium.

The event, which includes a pre-show meet-and-greet with Flatow, is presented by “Science Friday” with The Maritime Aquarium and Connecticut Public. 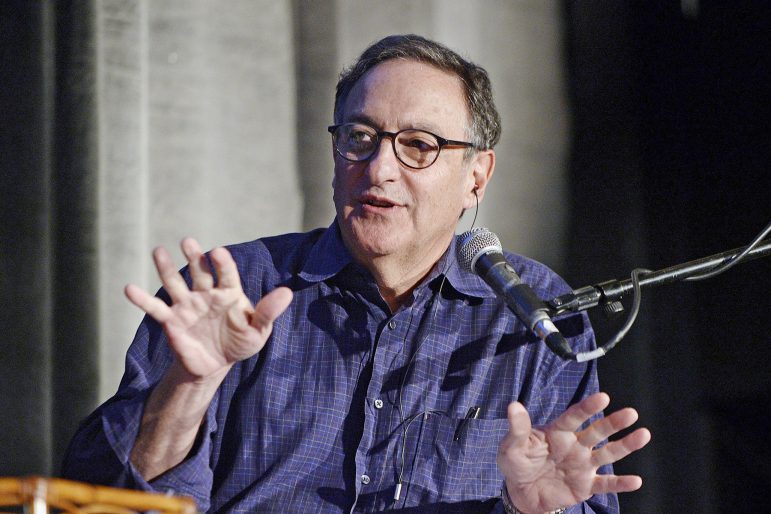 Sharing their expertise with Flatow and the audience will be Barrett Christie, the Aquarium’s Director of Animal Husbandry, who will explain what it’s like to work with and care for octopuses. Christie co-wrote and edited the Association of Zoos and Aquariums’ manual for the care of giant Pacific octopuses, a species exhibited at the Aquarium.

Also sharing insights will be Christopher Whalen, a postdoctoral researcher at the American Museum of Natural History who recently identified a new, 10-armed cephalopod in the fossil record.

Plus, with the event taking place in the Aquarium’s 4D Theater, everyone will put on 3D glasses for a screening of the new film, “Octopus: Blue Planet II 4D Experience.” The 12-minute experience adds such thrill-enhancing sensory special effects as bubbles, wind, mists, scents and more. 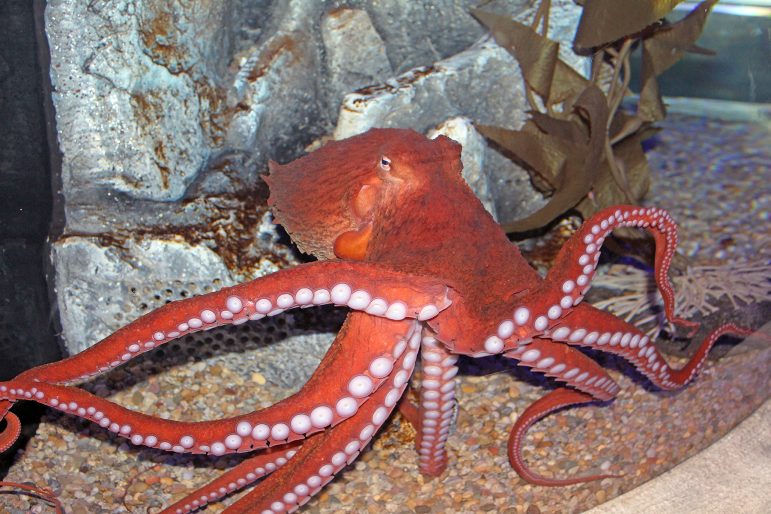 During the family-friendly event, guests will learn the latest discoveries about cephalopod adaptations and behaviors, and get insights into the care of giant Pacific octopuses (shown) in the Aquarium.

This is the 9th year of hosting special “Cephalopod Week” events around the country by “Science Friday,” the weekly show distributed by WNYC Studios and airing on Friday afternoons on more than 400 radio stations, including Connecticut Public Radio.

This year, “Science Friday” is presenting eight “Cephalopod Week” events around the country, hosted by such organizations as the National Aquarium in Baltimore and the Carnegie Museum of Natural History in Pittsburgh. But The Maritime Aquarium is excited to have the only appearance by Flatow: The radio-show host who will emcee the evening and also meet with attendees beforehand.

[Darienite.com editor’s note: It ain’t “octopi,” it’s “octopuses.” Octopi is simply wrong. As is “platypi.” It’s platypuses. Brontosauruses is the correct plural for that dinosaur. Scientists have, however, said “hippopotami,” which is proper Latin, but “hippopotamuses” is the recommended choice.]

The 90-minute event will begin at 7 p.m. in the 4D Theater and include an audience Q&A.

From 6 to 6:45 p.m., Flatow will greet attendees and pose for photos in the Aquarium, which will be open for touring. (Look for octopuses in three different displays!) Complementary food and beverages will be available

Tickets for the “Cephalopod Week” event are $30 ($25 for Maritime Aquarium members and Connecticut Public members) and $20 for children ages 3-12. The prices include the pre-show meet-and-greet with Ira Flatow.

Please note: All guests age 5 and older must provide proof of vaccination (two doses + booster, received at least two weeks prior to event) at the door for admission.

Tickets are by advance purchase only, and seating is limited. You can learn more and get tickets here, on the aquarium website.

And get details about “Science Friday’s” full schedule of “Cephalopod Week” events around the country online, here. 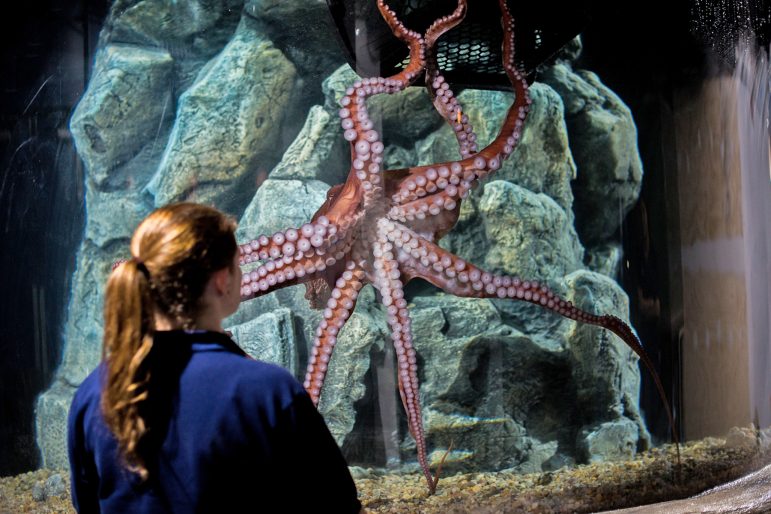 Flatow will greet attendees and pose for photos in the Aquarium, which will be open for touring. (Look for octopuses in three different displays!) Complementary food and beverages will be available. Darienite.com editor’s note: “Calamari” by the way, is squid, not octopus. (Squid are also part of the evening’s presentation.) If you want to eat octopus at an Italian restaurant, look for “polpi” or “polipetti.”