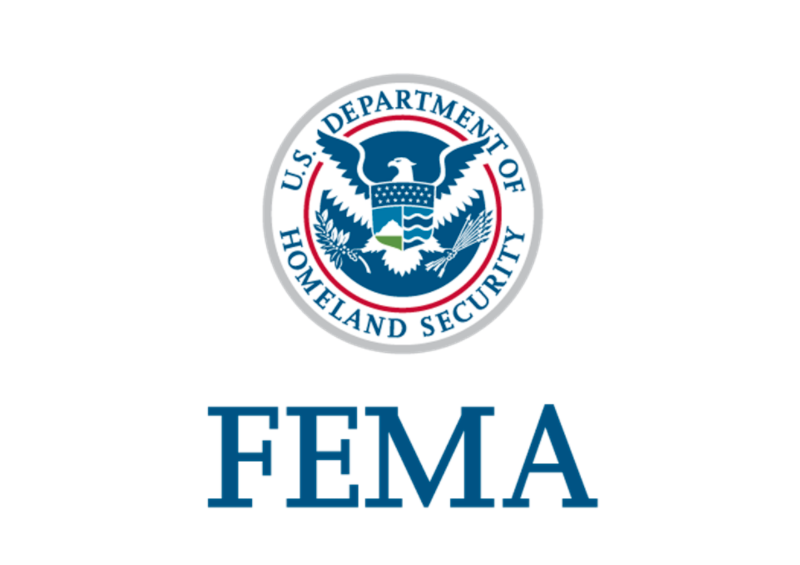 A FEMA Disaster Recovery Center (DRC) is now open in Darien to help area residents affected by the remnants of Hurricane Ida. — an announcement from the Federal Emergency Management Agency

Representatives from FEMA and the U.S. Small Business Administration are available at the center to help survivors apply for disaster assistance, explain disaster assistance programs, answer questions about FEMA letters and the appeals process and provide literature about repairs and rebuilding to make homes more disaster resistant. The DRC opened at the Noroton Heights Fire Department at 209 Noroton Ave. on Thursday. Hours are 8 a.m. to 6 p.m. Mondays through Fridays; 10 a.m. to 4 p.m., Saturdays. 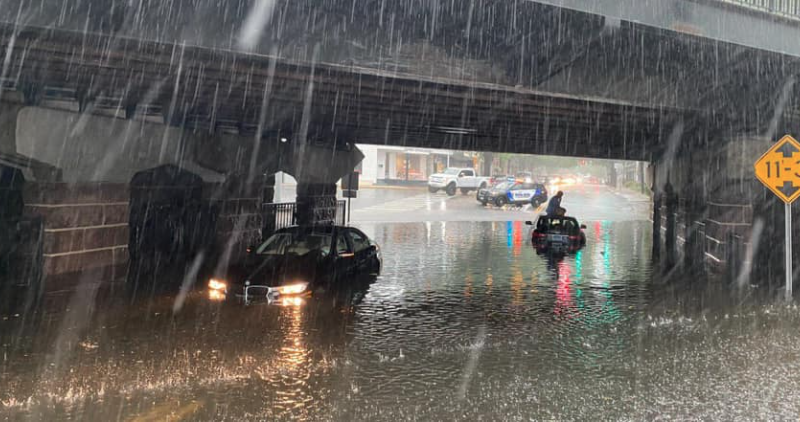 With New Federal Disaster Declaration for Storm Ida, You Can Apply for Assistance Thru Town Website 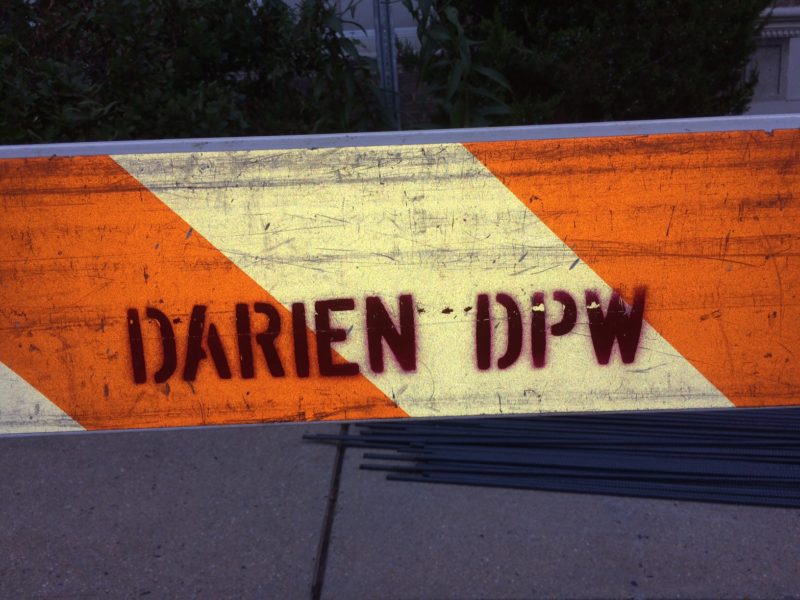 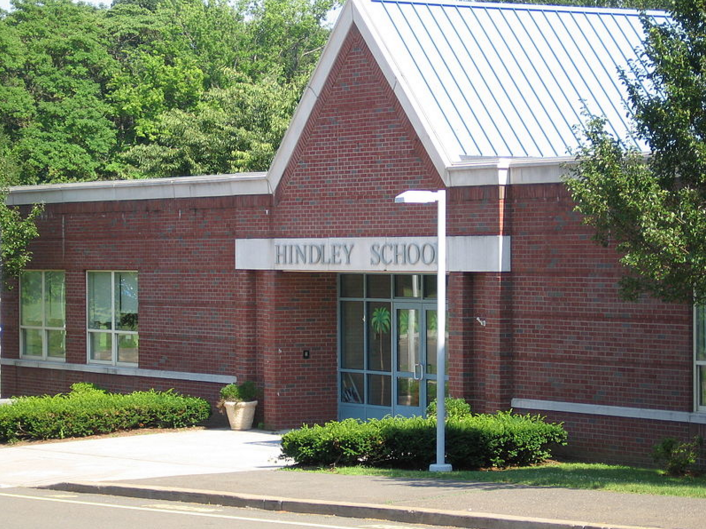 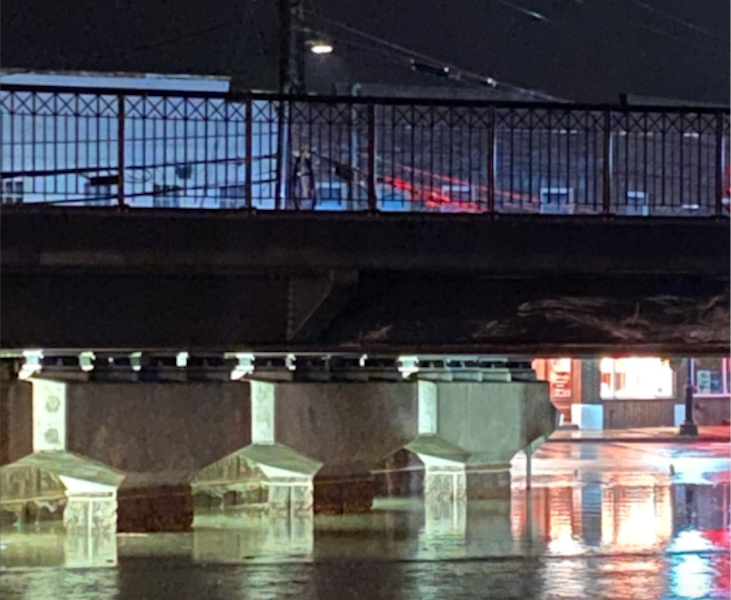 Tropical Storm Henri brought some expected flooding to Darien, but with a right turn it ended up a bit farther from here, so wind and rain are well under the worst scenarios that meteorologists said were possible. Town beaches are closed, and expected flooding at Pear Tree Point Beach occurred, First Selectman Jayme Stevenson said in a 1 p.m. Code Red message to the town. “The storm is still expected to bring us bands of heavy rain and winds of 15 to 25 mph with gusts up to 35 mph this afternoon. Coastal, river and stream flooding and power outages from downed trees should be expected,” Stevenson said in the message. As of 1:37 p.m., Eversource reported no customers without power in Darien, fewer than two each in New Canaan and Norwalk, and only 63 in Stamford.

A Year After Storm Isaias, Eversource Says This Is How It’s Improving Its Response for the Next One

Eversource, the electric utility covering nearly all of Connecticut, says its improving the way it prepares for and reacts to storms like the devastating Tropical Storm Isaias, which hit the state hard one year ago, on Aug. 4 and 5, 2020. Several days later, 130,000 Connecticut customers were still without power after wind, rain and falling branches and trees damaged electricity lines throughout the state. The utility was criticized for not getting service back. In an announcement, Eversource described a number of changes and improvements made to its storm response procedures over the past 12 months.

UPDATE, 3:22 p.m. — Darien Library is closing two hours early, at 4 p.m., Friday, “due to inclement weather,” the library said in an announcement. As of 3:07 p.m., according to Eversource, 18 of their customers in Darien were still without power. In an announcement, the utility said:

“Hundreds of Eversource line and tree workers, supported by utility crews from as far away as Texas, Michigan, Indiana and Ohio, are working to restore power following Tropical Storm Elsa. “As of 3 p.m., more than 13,000 customers have had their power restored since the storm began, while crews are working to address the 6,000 outages currently on the system. “’The storm has delivered the expected heavy rains, further saturating grounds that were already soaked from this week’s thunderstorms, and we have the possibility of some more thunderstorms tonight,’ said Craig Hallstrom, Eversource president of regional electric operations.

Here Are Some Streets Where Eversource is Trimming, Cutting Down Trees in Darien in May and June

Eversource is trimming and removing trees in Darien this month and in June as part of its ongoing work to reduce power outages during storms, and the utility has released a list of some streets where the tree work will take place. “In Darien, we’re doing tree work along some 60 miles of town roads this year, with crews from Lewis Tree Service doing the bulk of the work now through June,” a utility spokesman said. “Along with trimming, 111 hazardous trees are scheduled to be removed.” Schedule
Some of the work began earlier this month in the area of Tokeneke Road, Old Farm and Searles roads, Cliff Avenue and Raymond Street, a utility spokesman said. Here’s the rest of the schedule (all of the work is weather permitting, and schedules could change):

“As you know, Tropical Storm Isaias caused massive damage to the state, with thousands of trees being damaged or destroyed.

Eversource: We’re Trimming Trees to Avoid Power Outages, and You Should Consider It, Too

In 2021, Eversource will be investing about $72 million in tree trimming and hazardous tree removal to enhance reliability for customers throughout Connecticut. — an announcement from Eversource

Eversource also encourages customers to maintain trees on their own property that can interfere with electric lines or equipment. “As we saw last summer during some severe storms, trees are the number one cause of power outages and trimming trees away from electric lines and removing dead or hazard trees is critical — especially as fierce weather seems to impact our region more frequently,” said Eversource Vegetation Management Manager Alan Carey. New Englanders saw firsthand the massive devastation caused by Tropical Storm Isaias and the powerful microburst that struck the Branford area last summer — bringing down thousands of trees around the state. Those violent storms are a clear reminder of just how destructive trees can be to the electric system.

With more snow expected to fall before 1 p.m. and possible wind gusts of up to 38 mph in Darien, Winter Storm Gail continues to get herself settled in, closing school buildings, the town library and Town Hall. A total of 56 electricity customers were without power as of 8:35 a.m., Thursday, according to Eversource. Around the state, 411 Eversource customers were without power. Weather Forecast
The National Weather Service forecast for Darien, as of 7:56 a.m., says we’ll have “Snow, mainly before noon. High near 31.

Ten Homes in Darien Still Without Power, Along with Thousands in the State After Monday’s Windy Storm

Several thousand electricity customers across the state, including 10 in Darien, were still without power late Tuesday afternoon after Monday’s strong winds cut power to customers in every one of the 149 communities served by Eversource, the utility said. As of 4:37 p.m., Tuesday, there were 4, 293 customers still waiting to get their electricity service (0.34% of the 1,279,556 customers in the state), including 10 in Darien, according to the Eversource.com website. Eversource issued this statement early Tuesday afternoon:

While adhering to strict COVID-19 pandemic protocols, Eversource crews continue working around-the-clock shifts restoring power to customers impacted by Monday’s severe wind and rain storm. As of midday, line and tree crews have restored power to more than 93,000 customers since the storm began and continue working to bring the remaining 7,500 customers back on line. Town-by-town restoration estimates are now available at Eversource.com.

Darien Public Schools will be closed today, Tuesday, Dec. 17, the district announced, and Darien Library announced it will have a delayed opening at 10 a.m., all due to the weather. This article was last updated at 6:23 a.m.

Here’s the district’s announcement on the public schools website:

Darien Public Schools will have a 2 hour delay, Tuesday, December 3rd. Elementary Parent Conferences scheduled for this afternoon will be cancelled and moved to a later date. Drive Safe! The district has a description of why delays in opening school are made and advice for parents when that happens.

The Darien Public Schools will be dismissing early today. All afternoon activities scheduled for today are cancelled and/or will be rescheduled for a later day.

Darien police announced: “As a result of the overnight storm that brought several inches of heavy, wet snow to the area, the following roads are closed due to downed trees and or power lines: near the intersection Deepwood Road and Laurel Lane, East Lane (partial), Driftway Lane, Pembroke Road, Peach Hill Road, Great Hill Road, Heights Road (partial). The intersection of Noroton Avenue and Middlesex Road is without power. Temporary stop signs have been deployed.

Metro-North is advising train riders to check for announcements about train service on Thursday, as the National Weather Service predicts snow, sleet and rain for the afternoon. “With the projected inclement weather predicted for our service territory, customers are advised to monitor mta.info, social media feeds or call our Customer Information Center at 511 (in Connecticut call 877-690-5114),” Metro-North said in an announcement at 10:25 a.m.

Here’s the rest of the announcement:
We urge all our customers to take care when traveling. Stay clear of the platform edges, use handrails, and walk carefully when entering or exiting stations and boarding or leaving trains.

Brenner to School Community: Sorry, I Should Have Delayed School [UPDATE: Vilification on Twitter]

Darien Schools Superintendent Dan Brenner issued a public apology Monday to Darien parents of school children. He said he should have delayed the start of school. ____________
Update: Nasty Backlash on Twitter
Updated at 4:12 p.m.:

Brenner’s 5:17 a.m. tweet about not delaying the school day was met with harsh complaints from parents, including some insults, and complaints often combined with swearing, insults, scorn and vilification from others, most of whom identified themselves as students. Here’s Brenner’s tweet:

Here’s a sampling of the replies to that tweet (we’ve left out the swearing):

The heaviest snow is now thru 10a. Bad call.

(1)  In the event of a Morning Emergency Dismissal due to inclement weather, all students, including kindergartners, will be dismissed according to the following schedule:

All students will have the same bus stops as they had in the morning.  No lunches will be served at school on those days, but elementary students will have a snack prior to dismissal. FOR Early Learning Program (ELP) ONLY: ELP students at Ox Ridge, Royle, and Tokeneke will be dismissed at 10 a.m.
The Announcements
_____________

Good morning,
Today is Wednesday, March 21st and the Darien Public Schools will be dismissing students early due to the weather forecast.  All activities scheduled for this afternoon are cancelled or will be rescheduled for a later date. Please check the district website www.darienps.org for further updates.