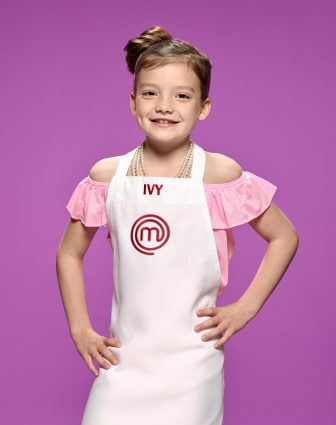 Ivy Childs of Darien is one of 16 contestants on MasterChef Junior, Season 8, which premiers March 17.

— an announcement from Fox, with additional information

11-year-old Ivy is one of a select group of 16 young chefs from across the country vying to be named the next “MasterChef Junior.”

The competition show was actually filmed when Ivy was 8 years old and in Grade 2.

MasterChef Junior gives talented kids between the ages of 8 and 13 the chance to showcase their culinary abilities and passion for food through a series of delicious challenges.

On the Season Eight premiere, 16 junior chefs, between the ages of 8 and 13, receive a coveted white apron and must prove that they deserve to stay in the game by completing their first mystery challenge of the season.

Judges and mentors include chefs Gordon Ramsay and Aarón Sánchez and wellness advocate, author and new judge Daphne Oz. The three will determine which pint-sized home cook will be named the next “MasterChef Junior,” taking home a trophy and $100,000 in prize money.

The new season will feature unique and messy challenges for the judges and “chef-testants,” including:

—cooking a meal for diners at a renaissance fair,

—competing to see how they size up to monster trucks at a motocross track, and

—welcoming Gordon’s daughter, Tilly Ramsay, into the kitchen for a doughnut challenge. 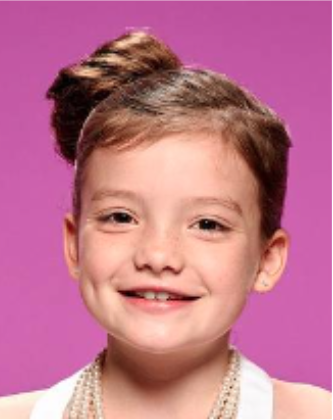 In the premiere episode, “Punch And Munch,” airing from 8 to 9 p.m., Thursday, March 17,  the contestants must punch a hole through a wall of mystery ingredients, and make a dish featuring the item in their respective squares.

Culinary Dream: Write her own cookbook with recipes inspired by fashion icons