The next recipient of the Darien Veteran Street Sign Honor is the late Carmelo A. Roda, who bravely served in the United States Army during World War I, the Darien Monuments and Ceremonies Commission announced.

— an announcement from the Commission

The street sign with Roda’s name added in his honor will be unveiled on Herman Avenue during a 12 noon ceremony on Sunday Nov. 7.

The new signage will not change the name of the street in any way, and no addresses are affected.  The veteran’s name is simply added to the sign as an honorarium.  The public is invited and encouraged to attend the unveiling.

The Monuments and Ceremonies Commission is very pleased to recognize Carmelo Roda’s active service during wartime and his community involvement in the Town of Darien upon return from his duties during WWI.

From Italy to America to Service in World War I 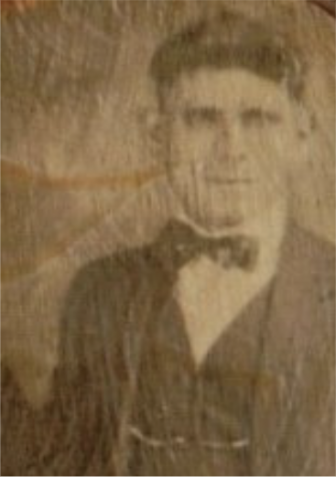 Roda settled in Stamford, and less than five years later was fighting in the U.S. Army while still an Italian citizen.

He was trained at Camp Devens in Massachusetts, a member of the 151st Depot Brigade, 15th Company, 4th Division.  From there, Roda was sent to Hoboken, NJ where he boarded the Acquitania, a U.S. Military transport ship, headed for action in France.

Roda served in the American Expeditionary Forces (A.E.F.), an established unit of the U. S Army on the Western Front of World War I. He was severely wounded in action on July 19, 1918, and received a Purple Heart for his sacrifice and service.

On May 5, 1921, once the war was over, Roda proudly became a naturalized citizen of the United States.  Carmelo truly valued his American citizenship and was patriotic his entire life.

Upon his return from the war, Carmelo Roda came home to Connecticut where he later moved to Darien. Carmelo, along with his wife Lucia, (Citarella) raised their nine children, eight daughters and one son in Noroton Heights. Their home on Herman Avenue was in their family for 73 years.

During the 1930’s Roda worked with the WPA to build the Merritt Parkway.  After that, he worked for the Darien Highway Department. On nights and weekends, Carmelo had his own landscaping business.

Carmelo and his family were longtime members of St. John Roman Catholic Church in Noroton.

Carmelo was involved with Darien community organizations, including the Piedmont Association,  where he was a charter member.  The organization, originally formed as a mutual aid society for Italian Americans, was later reorganized to promote civic spirit and social opportunities.

Roda was 81 when he passed away on April 15, 1978.  Three of his children are still here to celebrate their father’s service to the country and community.

The Veteran Street Sign program was spearheaded in 2019 by Lucy Marshall Berry, a Middlesex Middle School history teacher. The street signs are designed to honor Darien residents who actively served the United States during wartime and contributed to the community of Darien upon return.

Ms. Berry, raised in Darien and educated in the Darien schools,  hopes to raise awareness of the sacrifices made by Darienites through the years and start conversations among families and residents about the importance of service.  This is the fifth street sign renamed in a Darien veteran’s honor.

A link to the application for Wartime Veterans Street Sign nominations is available on the Town website, and paper copies are available at the Darien Town Hall.  Residents are encouraged to nominate deserving wartime veterans.

Each application is considered, and we appreciate all those who have served.  The Monuments and Ceremonies Commission awards 2 of these honors a year.  Along with the application, proof of service, awards, and service to the Town of Darien are required.