Vietnam veteran John Wolcott will be the Grand Marshal in this year’s Darien Memorial Day Parade, the town Monuments and Ceremonies Commission announced.

— an announcement from the commission 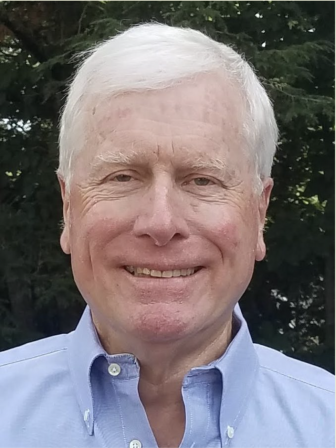 Born in Berkeley, California in 1943, John lived in northern California, Peru and Trinidad before attending the University of California, Davis, then Berkeley, collecting bachelor’s and advanced degrees.

John entered the army in 1967, achieved the rank of captain, served one year at Fort Carson, Colorado before shipping out to Vietnam, where he served a year and a day at Pleiku in Vietnam’s Central Highlands, for which he was awarded the Bronze Star.

John’s career as a CPA began with Price Waterhouse in the Bay Area for six years.  John and his wife, Jane moved to Darien when he was asked to “temporarily” relocate to the New York office.

When asked to resume his career in San Francisco, John and Jane demurred, choosing to remain in Darien, believing Darien was the perfect place to raise their two beautiful daughters, Dana and Kristine, a decision they’ve never regretted.

John joined a NYC boutique investment firm as SVP/CFO for a decade, before devoting the remainder of his career to private wealth management.

Locally, John has served as treasurer and on the boards of both the Middlesex Club and Country Club of Darien, and is a former president of the Darien Mens Association.

John was recently elected to the Town Board of Finance.

John will ride at the head of the Parade, which will commence at 10:00AM, starting from Goodwives Shopping Center, marching up the Post Road to Spring Grove Veterans Cemetery, where our traditional Commemoration Ceremony honoring those who lost their lives while serving in the Armed Forces will take place at 11:15.

Any organization looking for information regarding the parade should email the parade committee at: 06820mayparade@gmail.com