Of nearly 600 applications, Lindsay was one of 10 students who were selected to each be awarded a $1,000 scholarship, which was by the National Society of High School Scholars (a nonprofit organization founded in 2002 and not related to the National Honor Society).

— This article is based on an announcement from the National Society of High School Scholars. 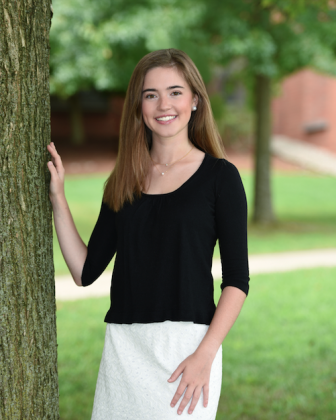 The scholarship was established to encourage and empower young women to assume future leadership roles in their higher education, careers, and communities and to become mentors for the young women following in their footsteps.

She spends countless hours there each month, including multiple 24-hour first response shifts and 48-hour second response shifts. She treats burn victims, broken bones, drug overdoses, and many others. Additionally, as an Officer, she attends weekly meetings to discuss happenings and the management of Post 53.

This year Lindsay has taken on the role of mentor to younger students as they learn what it’s like to respond to emergency 911 calls. She teaches them to look past physical pain and that treating mental trauma is just as important. 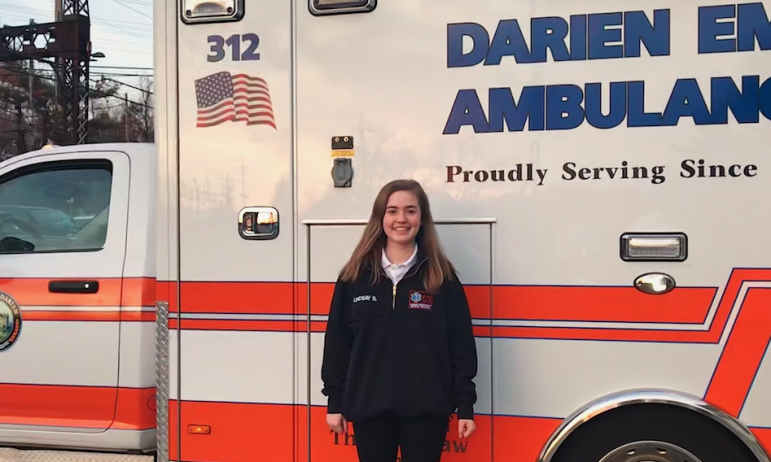 Lindsay Smith is an active member of Darien EMS-Post 53.

Her future plans include going to medical school to become a doctor. Medicine has always intrigued her, and her involvement in Post 53 has given her a taste of what it’s like to be in the medical field and solidified her desire to pursue it.

“I know I have the courage, strength, and ability to perform well and be a leader amongst my peers in the medical field,” Lindsay said. “I know I made a difference in someone’s life, and I hope to continue to have that sort of positive impact wherever my future takes me.”

NSHSS is an international honors and scholarship program co-founded in 2002 by Claes Nobel and James Lewis. the organization says it provides $2 million a year in scholarships.

It helps connect students worldwide with high school and college scholarships, organizes events, and provides information connecting students and graduates to internships, and career opportunities that begin in high school and carry on through college and careers. Members typically pay a one-time $75 fee to join. The Atlanta-based organization’s website is at https://nshss.org.

The Better Business Bureau grades the group as “B,” the fifth highest grade of 13 on the BBB’s ratings scale. (The BBB doesn’t provide specific reasons for why it gives a grade to a specific business.)