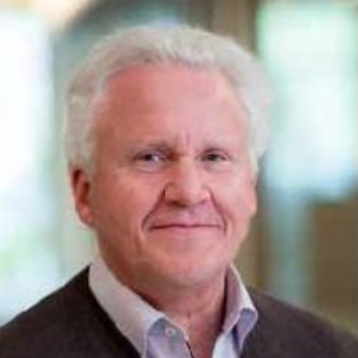 Jeff Immelt, the former CEO of General Electric, will speak at an event organized by the Darien Community Association and Barrett Bookstore on Tuesday, March 9 at 7 p.m. for an online presentation. Immelt will have a public discussion with Peter Maglathlin of Darien, the chairman and CEO of MBI Inc. in Norwalk. — an announcement from the DCA and Barrett Bookstore

Immelt was named one of the “World’s Best CEOs” three times by Barron’s, and he will share the hard-won lessons he learned from his experience leading GE immediately after 9/11, through the economic devastation of the 2008-2009 financial crisis, and into an increasingly globalized world. In his new memoir Hot Seat, Immelt offers a rigorous, candid interrogation of himself and his tenure, detailing for the first time his proudest moments and his biggest mistakes. As the business world continues to be rocked by stunning economic upheaval, Hot Seat is an urgently needed, and unusually raw, source of authoritative guidance for decisive leadership in uncertain times. 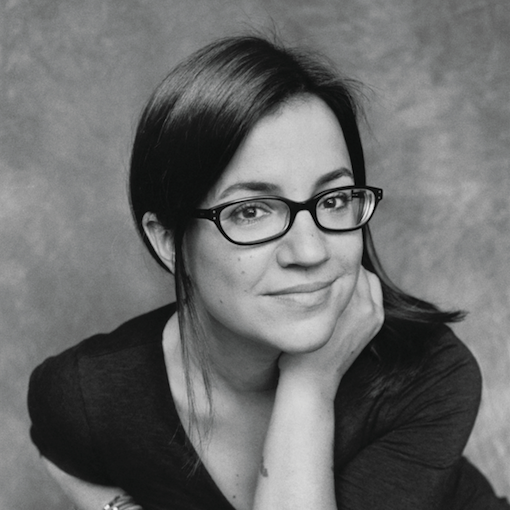 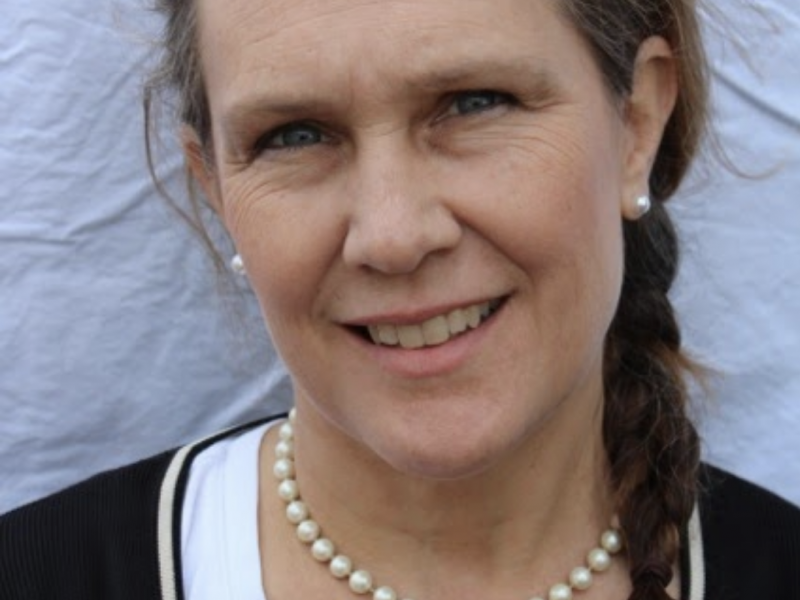 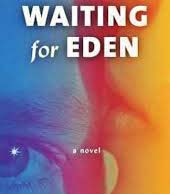 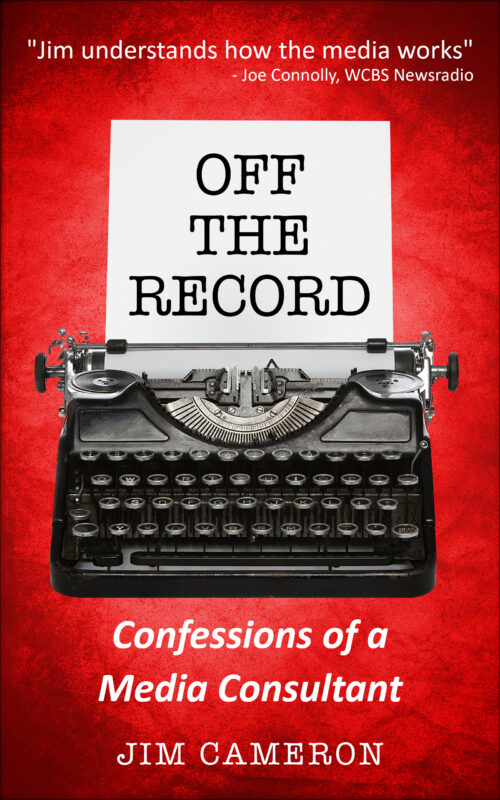 Jim Cameron Publishes 'Off the Record: Confessions of a Media Consultant'

What was it like to live in Darien 200 years ago? As the town celebrates its 200th birthday it’s an opportune time to ask the question. A new commemorative book, “Darien 1820 — New Town, New Times,” by Darien Historical Society Historian Ken Reiss, costs $27, and is available at Barrett Bookstore, which recently reopened its store at 6 Corbin Dr.

The opening of the accompanying Darien 1820 exhibit at the Darien Historical Society has been delayed until September due to the current Covid-19 crisis, but the Society plans on releasing virtual “sneak peek” videos of the exhibition over the summer. Both the book and the exhibition focus on life in town during the year 1820, when Darien gained its independence from Stamford and Norwalk. “People living in 1820s Darien were on the threshold of revolutionary developments that would usher in the modern age,” said Reiss.

Townwide Book to Read in June: ‘Frankenstein’ — Events Planned Around the Classic

Darien Library invites you to join them in June to explore Mary Shelley’s “Frankenstein” as part of their One Book One Community program. The town-wide read encourages the community to enjoy the same story and then participate in a shared exploration of the tale. — an announcement from Darien Library (followed by information from the library website)

The month of online activities is a way for the community to come together while remaining isolated. The program kicks off on June 1. The classic tale of Frankenstein is a touchstone of popular culture and can be experienced in any way you choose: from a literary exploration with the guidance of Carroll Stenson, a journey through the music of horror movies with Gil Harel, or a search for meaning within the many film iterations with Max Alvarez.

Haass will talk about his new book with with fellow author and Council on Foreign Relations member Kevin Peraino. The $25 event starts at 7:30 p.m., June 4. Now more than ever, we know that many of our biggest challenges come from the world beyond our borders. Haass, a former senior Middle East advisor to President George H. W. Bush, draws from his extensive experience as a diplomat and policymaker to present a primer on international relations.

Meet Author Jen Gotch: ‘The Upside of Being Down,’ Onlline Wednesday with Barrett Bookstore

Along with Everwell, Barrett Bookstore is thrilled to welcome Jen Gotch! Barrett Bookstore Marketing Manager Page Berger will sit down virtually with Gotch for a free-flowing discussion about her journey with mental health, her writing + podcast and ever-unfolding life. The event takes place from 7 to 8 p.m., Wednesday, April 29. — Information in this article is from a Barrett Bookstore announcement and newsletter. Please note: There’s no fee for this event but you are welcome to show your support for Barrett by purchasing a book from our website (click on the book jacket image to be directed to the site).

Barrett Bookstore invites you to watch and listen to William McKeever, author of “Emperors of the Deep” (and producer of a documentary of the same name) about sharks, in an online discussion. The event takes place this Thursday, April 2, starting at 5 p.m. on Zoom, an app which you’ll need to download before the event. From the Barrett Bookstore announcement:

We’re starting to get into the rhythm of this new normal and while it’s not perfect, we’re getting along. We miss you. To that end, we’re working on coming together for some virtual events, the first of which will take place THIS Thursday, April 2 at 5 p.m. with William McKeever.

Barrett Bookstore has announced that it’s started a curbside pickup service for books that you can order from the store website. Or don’t go to the curbside: The store now also has free delivery to addresses in Darien and Rowayton. The store joins lots of Darien restaurants now offering delivery, take-out and curbside service (and remember, it’s becoming a lot easier to park downtown). While authorities are urging you to keep your social distance, COVID-19 is hitting the world economy like an asteroid smacking the planet, you can still support some Darien stores without going inside. Editor’s note: A slew of bookstores around the country are doing what Barrett Bookstore is doing with curbside pickup and deliveries.

Both the book and the exhibition focus on life in town during the year 1820, when Darien gained its independence from Stamford and Norwalk. “People living in 1820s Darien were on the threshold of revolutionary developments that would usher in the modern age,” said Reiss.

The luncheon will be held at the Woodway Country Club in Darien on Thursday, March 5 in support of Darien-based nonprofit Person-to-Person (P2P). All attendees will receive a copy of Goodrich Royce’s debut novel “Finding Mrs. Ford.” Spring luncheon tickets are $110 and selling fast!

Darien Library presents the fifth annual Novel Tea fundraiser featuring Lara Prescott, bestselling author of “The Secrets We Kept” at a March 25 luncheon held at Wee Burn Country Club. — Darienite.com previously published articles about the upcoming visit by Lara Prescott. This announcement from Darien Library has more information about the Novel Tea fundraising luncheon. “We look forward to having Lara Prescott who is touring with her first novel, The Secrets We Kept,” said Alex Eising, development chair for the Board of Trustees. “This is a gripping novel inspired by the true story of spies, the Cold War and Doctor Zhivago.

Single tickets are now on sale for our 5th Annual Novel Tea! We are thrilled to welcome Lara Prescott as our featured author. — an announcement from Darien Library

She’s the New York Times bestselling author of The Secrets We Kept. Now is your chance to meet her in person and hear about her thrilling tale of spies in the Cold War. The Wall Street Journal says, “Prescott crafts a cloak-and-dagger story of passion, espionage, and propaganda.”

Single tickets are $150. BUY TICKETS ONLINE HERE. The Novel Tea will be at the Wee Burn Country Club of Darien on Wednesday, March 25 from 11 a.m. to 2 p.m.

The breakfast event, a fundraiser for Greenwich-based Family Centers and co-sponsored by Barrett Bookstore, runs from 7:30 to 9:30 a.m., Tuesday, Feb. 11 at the Stamford Sheraton, 700 East Main St. This husband-and-wife duo were the first married couple to win a Pulitzer in journalism and have written a series of best-selling books together. Kristof is often called a “reporter’s reporter” for his activism and was the subject of the 2009 Sundance Film Festival documentary “Reporter.”

Curious About What It’s Like to Be an Actor? Matt Newton Has a Book for You — and He’ll Sign it on Feb 13

If you’ve got ambitions of becoming an actor or are just curious, you can talk about it with Matt Newton, an acting coach with a studio in Darien who will discuss his book “The No B.S. Guide to the Acting Biz,” answer questions and sign copies on Feb. 13 at Barrett Bookstore. Newton, who is also an actor and filmmaker, runs MN Acting Studio at 22 Grove St. An announcement for the event describes his book as “a candid, practical, shoot-from-the-hip how-to guide developed for new actors in the business as well as for seasoned professionals.” The book-signing takes place at 6:30 p.m. on Thursday, Feb.

Two-Time Pulitzer Winner to Talk at DCA Feb 12 About His Book on Theranos, ‘Bad Blood’

Rigorously reported and fearlessly written, Bad Blood is the true and riveting story of Elizabeth Holmes and her Silicon Valley startup, Theranos. Widely viewed as the next Steve Jobs and promising to revolutionize the medical industry with a breakthrough blood-testing device, Holmes and her company instead became the biggest corporate fraud since Enron. John Carreyrou, a two-time Pulitzer Prize winner, was a reporter at The Wall Street Journal for 20 years, where he first exposed Theranos in a series of articles.

Author Sheri Koones is coming to Darien Library Tuesday night, Jan. 28 to discuss her latest book, Downsize: Living Large In a Small House. Koones will speak from 7 to 8 p.m. in the Community Room. About the Book
Presented as case studies, the featured homes showcase a variety of styles and locations; all boast numerous green features and space-efficiency strategies that can be applied to any small home. Filled with more than 275 photos, “Downsize” will help readers discover how scaling back and simplifying where you live opens up a world where the demands of maintenance are lower, accessibility and convenience are enhanced, energy efficiency is elevated and monthly bills are greatly reduced — all without sacrificing a well-built, beautiful home.

Barrett Bookstore invites you to an intimate lunch at Wee Burn Country Club with Beatriz Williams and Lauren Willig to celebrate the release of their latest novel, All the Ways We Said Goodbye. The luncheon takes place from 12 noon to 2 p.m. on Tuesday, Jan. 28. — an announcement from Barrett Bookstore

The latest novel from the writing team connects three extraordinary women across the First World War, the Second World War, and the 1960s, as each finds refuge at the legendary Ritz Paris. About the Book
The heiress.