Actor and author Julianna Margulies will visit the Darien Community Association on Tuesday, May 10 , to celebrate the paperback release of her memoir, “Sunshine Girl: An Unexpected Life.”

— an announcement from Darien Community Association and Barrett Bookstore

The evening will include time for Q&A from the audience. A signed copy of Sunshine Girl is included in the ticket price and additional copies will be available at the event, which is co-sponsored by Barrett Bookstore. 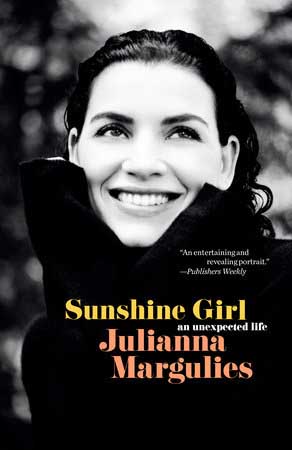 Before the event begins at 7 p.m., there will be a wine reception, starting at 6:15 p.m., also included in the ticket price.

Julianna Margulies will be in conversation with Darien’s Kristen Harnisch, internationally bestselling author of The Vintner’s Daughter and The California Wife, as well as the soon to be published sequel, The Vintner’s Legacy.

Margulies, known for her outstanding performances on the groundbreaking television series The Good Wife and ER, deftly chronicles her life and her work in this deeply powerful memoir.

Filled with intimate stories and revelatory moments, Sunshine Girl is at once unflinchingly honest and perceptive. It is a riveting self-portrait of a woman whose resilience in the face of turmoil will leave readers intrigued and inspired.

Over the course of her illustrious career on screen, Julianna Margulies has played any number of unforgettable characters but as this memoir proves, she might be most fascinating as herself… Not every celebrity autobiography has a truly compelling story to tell, but this one does and tells it with style, humor, and flair. — Town & Country

As an Emmy, Golden Globe, and Screen Actors Guild award winner, Julianna Margulies has achieved success in television, theater, and film. Margulies starred as Alicia Florrick on the long-running hit CBS show The Good Wife, which she also produced, and is also well known for her role as one of the original cast members of ER.

More recently, Margulies has starred on critically acclaimed series including The Morning Show, Billions, and The Hot Zone. She resides in New York City with her husband and son.