How can identifying as a sinner bring peace of mind, a clear conscience, and love for others? Peter Bouteneff, author and internationally recognized professor of Orthodox theology, will join Dr. Matthew Croasmun to discuss his latest work “How to Be a Sinner,” addressing topics such as  guilt, shame, and self-care through his compassionate narrative.

This discussion is a free, online Zoom event hosted by Grace Farms Foundation. It takes place from 12 noon to 1 p.m., this Tuesday, May 11.

Grace Farms’ “Books on Faith & Meaning” series consists of monthly presentations introducing selections from the Faith & Meaning section of the Grace Farms Library. Spanning multiple religious and philosophical traditions, both ancient and contemporary, these texts encourage us to think critically about the meaning in our lives. 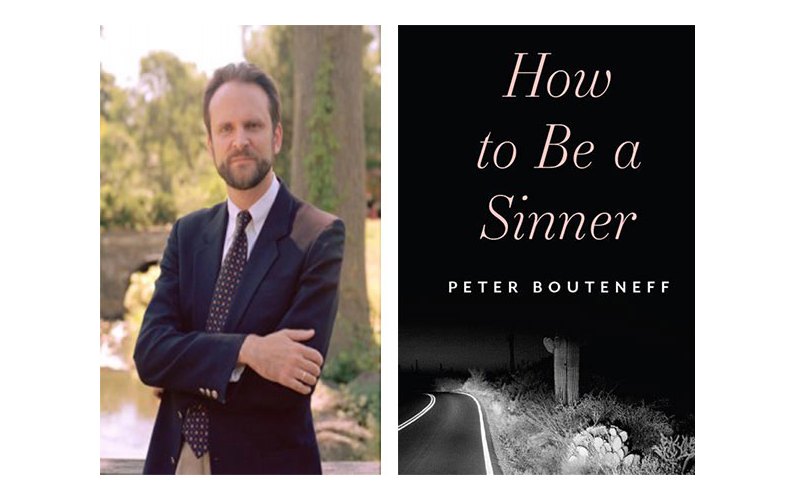 Peter Bouteneff teaches courses in theology, spirituality, and the arts at St. Vladimir’s Orthodox Theological Seminary, where he is professor of systematic theology and founding director of the Institute of Sacred Arts.

Dr. Bouteneff’s first degree is from New England Conservatory where he studied jazz and ethnomusicology. After some years living and traveling in Japan, Asia, and Europe he landed at St. Vladimir’s Seminary, where he received his M.Div. degree in 1990.

From there he went to Oxford and wrote his doctorate under the supervision of Metropolitan Kallistos Ware. For five years he was on the staff of the Faith and Order Commission at the World Council of Churches in Geneva.

Since 2000 he has been bringing all of these experiences to bear on his teaching, writing, and public speaking. His close kinship with the music of Estonian composer Arvo Pärt has led to the seminary’s Arvo Pärt Project, which has blossomed into a celebrated endeavor involving high-profile concerts, conferences, and publications. The Pärt Project has also expanded into the seminary’s Institute of Sacred Arts, of which Bouteneff is founding director.

Dr. Bouteneff has edited and co-edited many other books and published dozens of scholarly essays and book chapters, as well as articles in popular theological and music journals. Most recently he co-edited Arvo Pärt: Sounding the Sacred.

He directs the choir at his parish, and remains active as a jazz bassist.