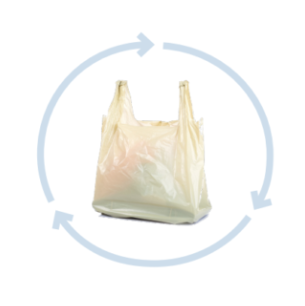 This communication from the American Progressive Bag Alliance, an industry group, is one of the many documents and written submissions to Darien town officials about whether or not to restrict types of carryout bags:

You Can Submit Your Own Comments Through Friday, March 1

If the town seems in favor of an ordinance, the RTM will have several key details to consider, said Monica McNally, chair of the RTM Public Works Committee, who presided over the Feb. 6 public hearing on the proposal.

McNally said those key details include:

“These are some of the points that we would like to hear your thoughts on,” McNally said.

If you can’t get your email in by Friday night, you can always email a letter to the editor or op-ed article to Dave@Darienite.com for consideration on this website.

MEMORANDUM TO: Darien Board of Selectmen

RE: Sustainability and Plastic Bag Policies: What Works & What Doesn’t

As executive director of the American Progressive Bag Alliance, which represents American plastic bag manufacturers and recyclers, I wanted to share some key learnings we’ve collected over the past decade through our work in cities, municipalities and states that have tried various measures to reduce waste and litter in their regions.

Reducing waste is an important goal for everyone. Sustainability is so critical to our business, in fact, that our members have invested hundreds of millions of dollars in recycling innovations, infrastructure and education to support a healthier planet. But it’s worth considering what policies have worked elsewhere—and what haven’t—to ensure that any policies you consider are designed for the greatest success.

What we’ve found may surprise you: even the most well-intentioned policies that ban plastic retail bags actually create negative economic and environmental consequences. In short, banning plastic bags may make them go away, but there are significant costs to these policies that can hurt your most vulnerable constituents and run counter to waste and litter-reduction goals. More effective approaches instead focus on reuse and recycling programs. Here’s why:

1. Banning recyclable plastic bags creates more costs for those who can least afford it: families and seniors on fixed incomes. People shouldn’t have to choose between buying food or paying for bags—but that’s often a reality. Standard recyclable plastic bags are low cost, sanitary, highly reused and the preferred choice for most retailers and consumers. Bag ban policies directly add costs to grocery bills by charging customers for each bag or by forcing them to buy other, more expensive bags.

In fact, low-income workers have complained publicly that such policies are “discriminatory,” especially for those who rely on public transportation to get to low-wage jobs. According to the National Black Chamber of Commerce, a bag tax in Washington, D.C., “hurts consumers, particularly the city’s African-American consumers, by artificially raising the cost of grocery trips. Given that a USDA study found that fully 10% of Washington, D.C.’s households are food insecure, city government policy that adds to grocery bills is not just irresponsible, it’s flat out wrong.”

2. Policies that ban plastic bags push consumers to use alternatives that are less sustainable by comparison—because the most environmentally friendly option is recyclable plastic.

In Austin, TX, and Thurston County, WA, respectively, bag laws actually led to more landfill waste from reusable bags and doubled the use of paper bags that use more resources.

Recent independent government studies comparing different bag options show that, in almost every instance, plastic grocery bags are the most environmentally friendly option available to consumers. Recyc-Québec, a government recycling agency based in Canada, released a study in December 2017, which found that the overall lifecycle of the plastic bag—from its production to the end of its life—has far less environmental impact compared with other bags. The study concludes, “Thin and light, [a plastic bag’s] production requires little material and energy,” and plastic bags have a 77.7% reuse rate as garbage bag/bin liners. Additionally, in a February 2018 study, Denmark’s Environmental Protection Agency concluded that lightweight plastic carrier bags provide “the absolute best environmental performance.”

Even though a ban can make bags go away, plastic bags make up only a tiny fraction of overall waste (0.5%, according to the EPA) and litter (usually less than 1-2%). So legislation that focuses on such a small driver of waste and litter limits any meaningful outcomes and ignores the reality that alternative products are often worse for the environment. This is largely the reason why St. Louis Park, a Minneapolis suburb, rejected bag legislation. And in California, one year after a statewide bag ban and tax was implemented, Ocean Conservancy data showed a negligible 0.2% decrease in plastic retail bag litter as a percentage of overall litter across the state.

The good news is, we know what does work. Educational programs that encourage reuse and recycling have proven successful in communities nationwide. In Dallas, an educational program inspired the collection of 650,000 bags at elementary schools in just four months—and when this program was implemented in Atlanta and Pasco County, FL, the combined total rose to over one million.

We would be happy to share our insights about raising awareness of existing community recycling programs, which offer the greatest opportunity to make a positive difference for the environment, without burdening working families and seniors who can least afford it. In the vein of “do no harm,” educational programs are the most effective way to demonstrate your commitment to the environment.

For more information about the record of plastic bag ordinances, plastic bag recycling and the impact of plastic bag reuse, please do not hesitate to reach out. This topic is complex, and we hope our experience and insights can help inform your approach.

More Articles and Comments on the Checkout Bag Proposal 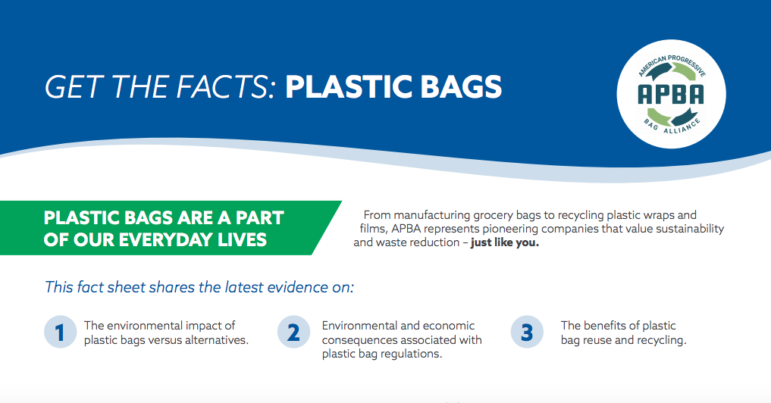 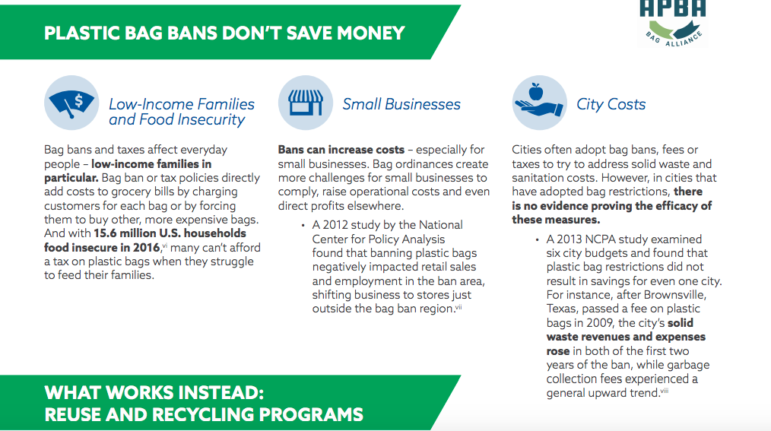