Delve into the under-appreciated story of the goldfish in the special exhibit, “Think You Know Goldfish?” which just opened at The Maritime Aquarium at Norwalk.

They most likely were your first pet. You could win them at carnivals. Mom flushed them when they died. And there was a college craze in the 1950s of swallowing them.

But there’s a lot more to goldfish than that.

The 700-square-foot exhibit celebrates the cultural history of goldfish, clears up common misconceptions, and explains the proper methods and equipment for their care. 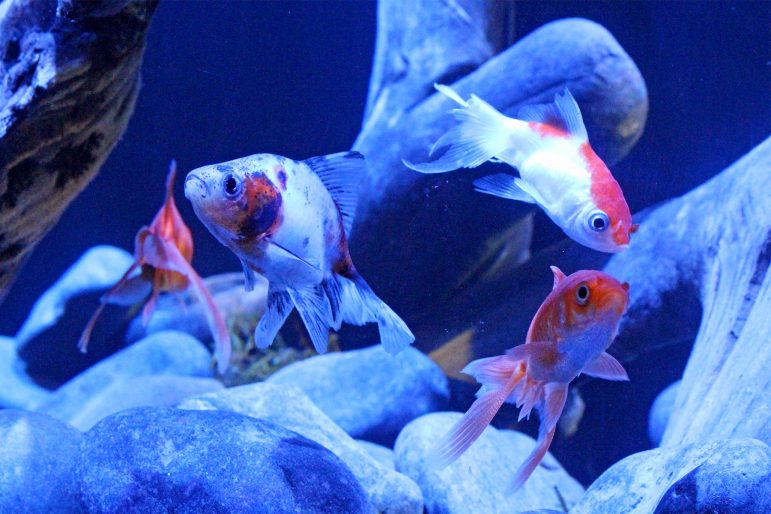 Fantail goldfish in an assortment of colorations, one of seven varieties displayed in the new aquarium exhibit, “Think You Know Goldfish?”

“Everyone knows goldfish, but most people actually don’t know much about goldfish,” said Barrett Christie, the Aquarium’s director of Animal Husbandry.

“This is a fish that’s about as common today as a penny, and is often treated with about the same respect. But they’re actually an interesting and ancient species, and also a species that can cause serious issues when released into the environment.”

Aquarium guests may be surprised to learn: there are more than 100 varieties of goldfish (seven live varieties are featured in the exhibit); goldfish are descended from carp (which also are displayed); they were selectively bred for their bright colors in China more than 1,000 years ago; they’re trainable; and that keeping Goldie in an old-fashioned fishbowl is the worst place for a goldfish. 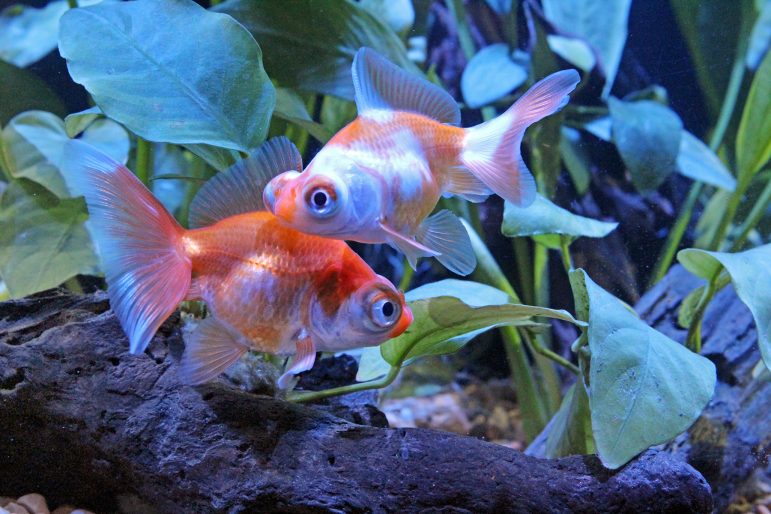 A pair of butterfly-tail telescope goldfish.

The exhibit also explains how goldfish – when illegally released into a pond or lake – can grow to the size of a football, degrade water quality, and outcompete native fish for food and space. That’s why many states, including Connecticut, classify goldfish as an invasive or introduced species.

Displays in the creative exhibit range from traditional Aquarium tanks to a living room with a properly equipped home aquarium to an open-water koi pond complete with wooden bridge. (Koi have an ancient history similar to goldfish, being derived from a species of carp in China; albeit a different species of carp.) 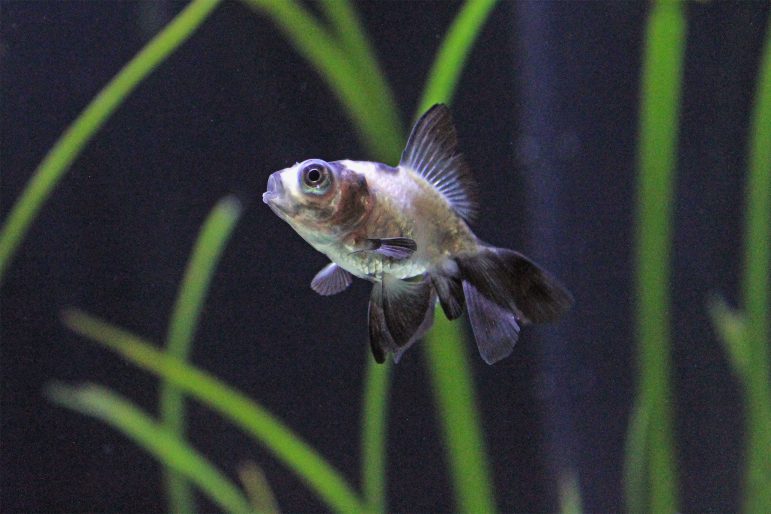 Not all goldfish are gold, as proven by the panda moor goldfish in the new exhibit.

Besides the live animals, the new exhibit will include historic and contemporary prints, paintings and drawings depicting goldfish, offering fresh perspectives on the cultural inspiration these popular fish have provided over the centuries.

“Think You Know Goldfish?” will be free with Aquarium admission and open through Spring 2022. Guests will find it adjacent to the “Meerkats” exhibit.