The Maritime Aquarium is the only aquarium in the U.S. selected as a finalist this year, and one of only two institutions — along with the Ferguson Library in Stamford — named in Connecticut.

“The revival and reinstitution of the National Medals by IMLS is another signal of recovery and renewal in the nation’s very challenging — but very hopeful — times,” Kemper said. 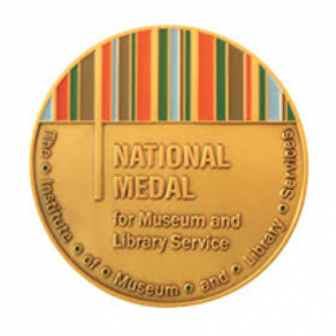 “We are celebrating not only the ongoing excellence of the best of our museums and libraries, but their extraordinary efforts through the pandemic, the recession, the racial justice protests, and national divisions to serve, heal, and bring together our communities. Congratulations to all 30 finalists.”

Jason Patlis, president and CEO of The Maritime Aquarium, said being named as a finalist for the IMLS National Medal is a tremendous honor.

“This is a gratifying affirmation of the uniquely important role that The Maritime Aquarium plays in Norwalk and the larger community,” Patlis said.

“It’s not just the reach we have within the community, with nearly 500,000 guests and 80,000 students during a normal year, but it also is the impact the Aquarium has on our community, especially those in need through our scholarships and outreach. 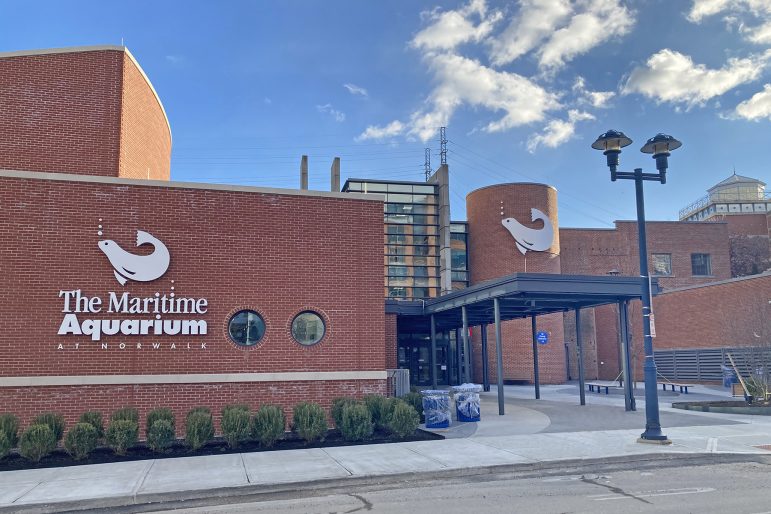 “Our immersive exhibits, extensive educational programs and leading conservation initiatives connect our community — including those who do not have the means on their own — to Long Island Sound, its wildlife and habitats, and to the maritime heritage and culture that define our community.

“To be recognized this year in particular, in the midst of a pandemic that challenged our very survival and required us to completely rethink how we fulfill our mission, is a testament to the resolve and resilience of the team here at the Aquarium,” Patlis added.

To celebrate The Maritime Aquarium being named as a finalist, IMLS is encouraging the Aquarium’s community members to share stories, memories, pictures, and videos on social media as part of the Share Your Story campaign, using the #IMLSmedals hashtag, and engage with IMLS on Facebook and Twitter.

The Maritime Aquarium will be the featured finalist on Tuesday, April 27. For more information, please visit the IMLS website. 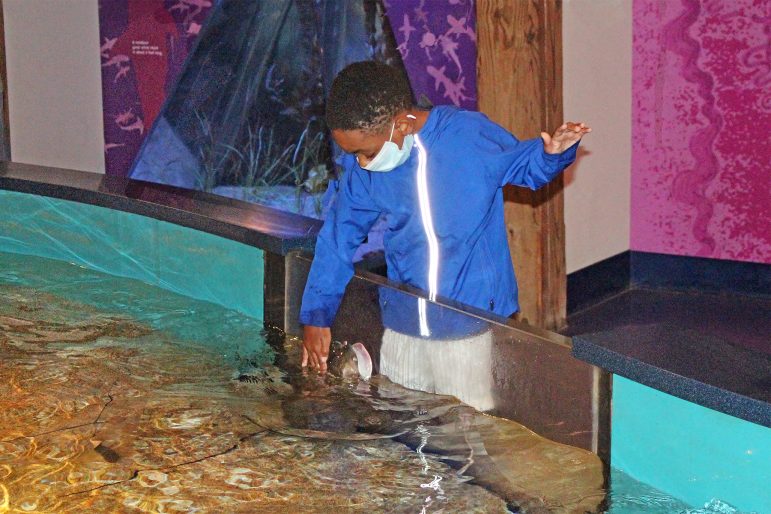 Representatives from the six winning institutions will be honored for their extraordinary contributions during a virtual National Medal Ceremony this summer.

Recent Connecticut winners include the New Haven Free Public Library in 2019, the Otis Library in Norwich in 2016 and Mystic Aquarium in 2014.

The Maritime Aquarium was nominated for the 2021 award by U.S. Rep. Jim Himes, and its application included letters of support from Himes; U.S. Sen. Richard Blumenthal; U.S. Sen. Chris Murphy; Tina Henckel, director of STEM education for Norwalk Public Schools; and Tammy Papa, director of Youth Services and the Lighthouse Program for youths in Bridgeport.

The 30 finalists for the honor are:

About the Institute of Museum and Library Services

The Institute of Museum and Library Services is the primary source of federal support for the nation’s libraries and museums.

Our vision is a nation where museums and libraries work together to transform the lives of individuals and communities. To learn more, visit www.imls.gov and follow us on Facebook and Twitter.

About the Maritime Aquarium

The Maritime Aquarium at Norwalk is a not-for-profit organization whose mission is to educate visitors about — and to create stewards for — Long Island Sound and the ocean beyond.

It accomplishes this by allowing visitors to get close to more than 300 species native to the Sound and its watershed, including sharks, seals, sea turtles, river otters and jellyfish.

One of the top places for family fun in Connecticut, the Aquarium also features a new multipurpose 4D movie theater, hands-on educational programs — including a slate of live online distance-learning programs for schools — as well as public cruises out onto the Sound aboard the nation’s first hybrid-electric research vessel.