Dr. Sarah Crosby, a marine ecologist trained in conservation science with extensive experience in coastal and marine ecosystems, will join The Maritime Aquarium at Norwalk this week as director of conservation and policy.

The new position at the Aquarium is meant to significantly expand its leadership role in local and national conservation issues.

“Long Island Sound is an ecosystem of profound importance, both to local communities as well as for its biodiversity,” Crosby said. “The transformation that the Sound has undergone in the last 30 years can serve as an inspiration to conservation scientists everywhere; the efforts of our entire region have resulted in a restored and healthier ecosystem. Yet, there is so much more work to be done.” 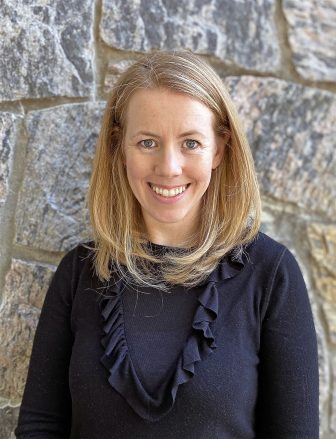 Dr. Sarah Crosby, director of conservation and policy at The Maritime Aquarium

Crosby will be responsible for shaping and leading the Aquarium’s conservation initiatives and overall strategy, with a focus on the ecosystem of Long Island Sound, but also on broader issues of climate change, species management, marine pollution and other conservation issues that affect the Sound as well as the national and global environment.

“Dr. Crosby joins The Maritime Aquarium at a vital moment in time, with more opportunity now than ever before to improve the ecological health and sustainability of Long Island Sound,” said Jason Patlis, president and CEO of the Aquarium.

“At the same time, the global climate crisis threatens to undermine many local conservation efforts and profoundly change Long Island Sound,” he said. “Dr. Crosby’s expertise and experience will be invaluable as the Aquarium develops a strategy and programs to address these multiple conservation opportunities and threats.”

With The Maritime Aquarium, Crosby will manage the portfolio of existing conservation projects to protect key species of Long Island Sound, such as horseshoe crabs and sand tiger sharks, as well as to protect and restore important habitats such as salt marshes.

She arrives in time to lead a complex new effort to remove thousands of lobster pots abandoned in the Connecticut waters of the Sound after the lobster fishery crashed in 1999. Supported by $569,000 in recent federal funding, the initiative involves a coalition of partners, with the support of the Connecticut Department of Energy and Environmental Protection (DEEP).

She also will lead The Maritime Aquarium’s involvement in public policy on marine issues, at the state and regional level focused on Long Island Sound and at the national level focused on climate change and marine conservation. As a member of both the Aquarium Conservation Partnership (ACP) and the Association of Zoos and Aquariums (AZA), The Maritime Aquarium plays a growing role in national environmental policy, especially with Long Island Sound recognized by the U.S. Congress as an Estuary of National Significance.

“I am eager to foster collaboration within the Long Island Sound research and management communities to help us all meet our shared mission of a clean, protected, resilient, and thriving Sound for generations to come,” Crosby said.

“With our multiple audiences, especially over 400,000 visitors, and 80,000 children and students participating in our programs annually, we have a unique and powerful opportunity to introduce to our audiences the importance of the marine world that they come to enjoy and experience in the Aquarium, and then to inspire them to be good stewards of that marine world,” Patlis said.

For the past seven years, Crosby has served as Director of Harbor Watch, the research program based at Earthplace in Westport that focuses on Long Island Sound water quality, coastal ecology and the application of data to watershed management.

During her tenure, Harbor Watch more than doubled the geographic scope of its annual river monitoring and stormwater sampling efforts, with a significant impact on reducing sewage pollution to the Sound through new and enduring partnerships with local governments to conduct pollution track-down efforts across Fairfield County.

Crosby received a B.A. in biology from Tufts University in 2006, a M.Sc. in biological oceanography from the University of Rhode Island in 2009, and a Ph.D. in ecology and evolutionary biology at Brown University in 2015. Crosby’s master’s and doctoral research focused on the resilience of coastal ecosystems to human and climate impacts.

“Having spent my childhood playing in the waters of Greenwich Point, it is not lost on me what an amazing opportunity this is,” Crosby said. “I look forward to building off the Aquarium’s strong momentum and making this new department a leading force for positive change in the region.”

You can learn more about the Aquarium’s conservation work here.