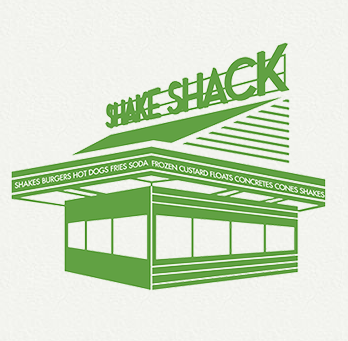 Developer David Genovese said at a public meeting Wednesday night that he and others are trying to work out a way for Shake Shack to reapply to town land-use officials for a permit to open at 1340 Post Road.

“We’re back in conversations with Shake Shack, and we’re working on a compromise,” Genovese said at a meeting sponsored by Darien Library about a separate, much bigger proposal that Genovese’s Baywater Properties and Penny Glassmeyer’s PG Properties are proposing — the redevelopment of a large swath of downtown Darien along Corbin Drive and the Post Road.

Shake Shack came up when Genovese opened the floor to questions. About 225 people packed the Community Room of the library to hear more about the redevelopment proposal.

“We’re back in a dialogue, and we’re hoping to reapply in the next couple of days,” Genovese said. Zoning Board of Appeals members said at a March 23 public hearing, that it wasn’t inclined to grant a variance for signs as big as Shake Shack wanted on its building without better reasons, and Shake Shack officials responded that they had made their best arguments and wouldn’t have any more.

The problem with the application came when Zoning Board of Appeals members “didn’t feel we had proved satisfactorily that we had a hardship” requiring a larger sign, he said.

Genovese said in an interview that Shake Shack really does consider its large signs and hamburger logo to be an essential part of its branding. The Zoning Board of Appeals can grant a variance of town signage regulations in such a circumstance, zoning officials have said.

Genovese said that with nearby businesses granted variances for their signs, he and others may have been overconfident that they’d get support from the Zoning Board of Appeals for the Shake Shack application. “We probably took it a little bit for granted,” he said.

He said that the nearby H&L Chevrolet sign is larger than the regulations, that Nielsen’s Florists & Garden Center has a large sign and that the Jaguar dealership going into a car dealership building now under renovation was given approval for a large sign.

Genovese said he was grateful that a lot of people around town had shown support for having the restaurant move here, on the site where Chuck’s Steak House once stood.

Correction: There were about 225 people at the library meeting.

One thought on “For Shake Shack in Darien: Wheels Are Turning, Proposal May Be Revived”