New Haven Line trains were halted Wednesday night as police searched and caught a teenager who fled from a stolen car that was in a traffic accident in downtown Darien, police said. 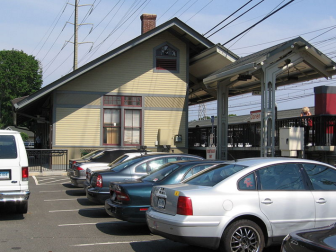 Update, 6:09 p.m. — The caught suspect is a 15-year-old Bridgeport girl, according to a Darien News report.

A pizza delivery driver in Stamford reported the car had been stolen, according to the Stamford Police Department, which described what happened in a statement on Facebook reposted by Darien police:

The pizza delivery driver left the keys in his 1999 Honda Civic while making a delivery on Henry Street in the South End of Stamford. The driver reported the theft to police at about 6:50 p.m.

Police in a number of patrol cars went to the area to find the car, and it was spotted on Interstate 95, traveling in the northbound lanes. Stamford police Officer Richard Dabrowski tried to pull the vehicle over, but it didn’t stop, and Stamford police pursued it.

The Honda Civic got off the highway at Exit 11, and shortly afterward a Stamford police supervisor ended the pursuit. 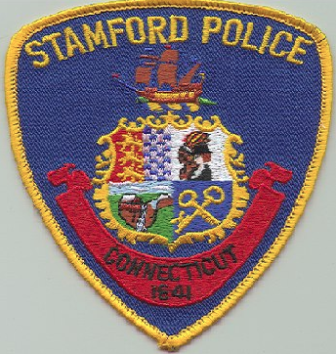 While driving back to Stamford, Police Officer Anna Futyma saw an accident in the parking lot of Dunkin Donuts at 967 Post Road, next to Darien Railroad Station. She noticed that one of the cars in the crash was the stolen vehicle police had just been chasing.

A witness told her that after the Honda struck a parked, unoccupied vehicle, two suspects got out and ran to the train station platform and then across the train tracks.

Stamford and Darien police, along with state police and Metropolitan Transportation Authority police set up a perimeter in the area and a Stamford police dog started tracking the suspects. One was caught.

While the search was going on, Metro-North reported that trains on the New Haven Line were delayed due to police activity around the Darien train station.

6 thoughts on “Police: One Teen Caught After Car Stolen in Stamford Crashes in Darien”