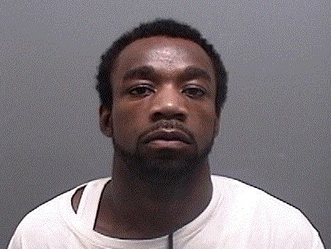 Darien police say they caught a Stamford man and a Norwalk man trying to steal a motor scooter from Darien Railroad Station, and police say they have surveillance video of the men stealing a scooter on Sept. 2.

Police gave this account (accusations not proven in court) of the matter:

At about 11:30 a.m., police were told two suspicious men were near scooters parked at the Darien Railroad Station. Police arriving on the scene saw them standing between two parked scooters and they appeared to be tampering with one of them. 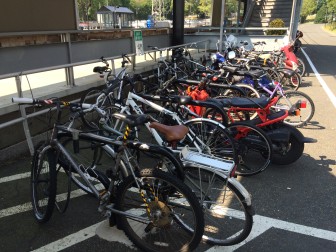 Bicycles parked at Noroton Heights Railroad Station, north side (and we’re sure there’s a scooter or two in there somewhere — probably that orange one).

Several officers recognized the men from surveillance video at the Noroton Heights Railroad Station on Wednesday, Sept. 2 with a 2009 Yamaha scooter.

The owner of the scooter said he parked it on the southbound side (that is, the north side) of the station at 6:30 a.m., locking it under the stairs, then returned at 10:30 p.m. to find it gone. The victim still had the keys.

Police reviewed surveillance video records showing two suspects, and police are exploring a connection with many other thefts at the town’s two train stations. This year, there have been close to a dozen scooter thefts in town, most of them from the Noroton Heights station. 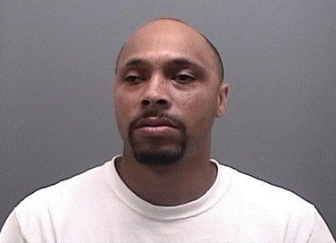 On Tuesday at the Darien Railroad Station, the two men had with them bolt cutters, many screwdrivers, socket wrenches and a folding knife.

Williams was held on $15,000 bond and Johnson on $20,000 bond, and each is scheduled to appear Wednesday in state Superior Court in Stamford.

“Both men have extensive criminal histories including weapons charges, robbery, narcotics charges, and vehicle thefts,” Darien police said in a statement Tuesday. “This investigation remains active and investigators are exploring possible connections to other incidents as well.”