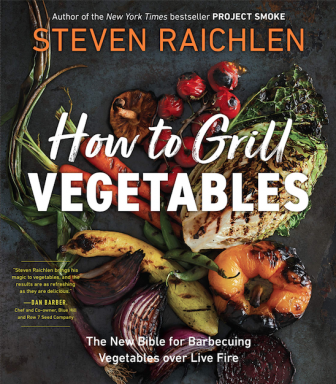 With recipes for smoke-roasting a head of cauliflower, hay-smoking lettuce, plank-grilling eggplant parmigiana, and more, attendees are bound to find something new to try this summer.

A celebration of all the ways to grill green from the James Beard Award-winning author of an impressive array of New York Times bestselling cookbooks, a Barbecue Hall of Famer, and Public Television star, How to Grill Vegetables delivers recipes for everything from starters to sides to desserts alongside a complete step-by-step handbook to mastering the techniques of grilling vegetables. 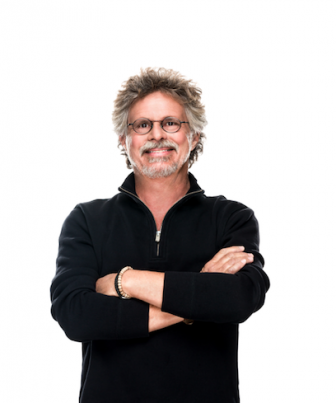 Steven Richlen author of How to Grill Vegetables will speak in a webinar tonight, Thursday, at 7 p.m.

His latest venture is “Project Fire,” Season 3. Raichlen founded and runs Barbecue University at the Montage Palmetto Bluff in South Carolina and has lectured on the history of barbecue at the Smithsonian Institution, Library of Congress, and Harvard, among many other institutions. In 2016, he was inducted into the Barbecue Hall of Fame.

Steven Raichlen’s research has taken him to more than 60 countries on 6 continents to document how people grill in different cultures. An award-winning journalist, Raichlen has written for the New York Times, the Wall Street Journal, Esquire, GQ, and all the major food magazines. He ushered in the modern age of live-fire cooking, and his work has birthed a generation of writers, restaurants, and grilling enthusiasts.

Raichlen received a Watson Foundation Fellowship to study medieval cooking in Europe, as well as a Fulbright to study comparative literature. He holds a degree in French literature from Reed College and trained at Le Cordon Bleu and La Varenne cooking schools in Paris. He and his wife

divide their time between Miami, Florida, and Martha’s Vineyard, Massachusetts. You can visit him online at barbecuebible.com.