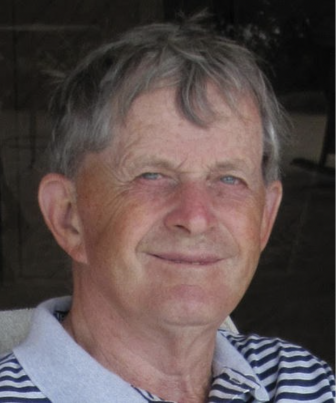 Richard Ettinger Sr., 89, passed away Sept. 9. His wake will be held on Thursday, Sept. 22, and his funeral on Friday.

Richard was born on June 28, 1933, and grew up in Schenectady, New York, and graduated from Mount Pleasant High. School in 1952. He worked for the General Electric Company, where he met his life love, Joan Audrey Korniak. Richard and Joan were married in 1953.

He served in the United States Air Force in 1953 and was stationed in Okinawa, Japan until 1957.

Richard lived in New Canaan from 1963 until 2020. He loved the game of golf and was a member of Darien Country Club. He won the Darien Club Championship 11 times and was runner-up another 12 times. Richard also had 10 holes-in-one during his golfing career. He also was a member of the Connecticut Golf Club in Easton.

Richard spent his winters in Jupiter, Florida, and subsequently in Tequesta, Florida, where he moved full time in 2020. He was a member of Jupiter Hills Golf Club in Jupiter.

He was a successful entrepreneur and built several successful businesses including Carlan Inc., Contact and Normandy all in the housewares industry.

— This obituary is from Hoyt Funeral Home, where online condolences may be left.