Velma Saire, 89, of Sewickley, Pennsylvania passed away in the early morning hours of Thursday, Aug. 18. 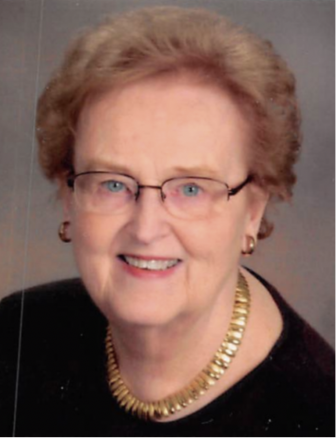 A native of Glassport, she was born to Virginia (Altman) and Albert Backstrom.  Despite a childhood filled with obstacles, she was valedictorian of Glassport Junior/Senior High School in 1951 and attended the University of Pittsburgh, where she received her Bachelor of Science degree in elementary education, Master of Education degree in school administration and doctorate in administration.

In her 50-plus years as an educator, she shaped thousands of lives as a teacher, administrator, and college instructor in Pennsylvania, Ohio, Indiana, California, New Hampshire and Connecticut.  While she referred to her experience as one of the developers of the Model School in McKeesport as the “Camelot of her career,” she was also honored to have had both high schools she led designated as National Blue Ribbon Schools by the U.S. Department of Education.

She received countless awards in educational leadership including the Distinguished Woman in Education from the University of Pittsburgh, a Congressional Award for a distinguished career in education in 2000, and membership in the prestigious 100-member Headmasters Association during her tenure at Darien High School.  After announcing “retirement” in 2000 from her position as assistant superintendent of Quaker Valley Schools, she continued to teach as an adjunct professor at Carnegie Mellon University.

Although not originally from Sewickley, she became an integral part of the community, serving on the public library board, as a member of the historical society and on the board at Linden Place.  She was active in the Sewickley Presbyterian Church and worked tirelessly to welcome refugees to the community.

Her legacy at Quaker Valley (and her love of giraffes) lives on in the Velma Award, “given to a QV professional, duo, or group who ‘sticks their neck out’ for the purpose of taking a risk, or a chance to do something that will enrich Quaker Valley Schools and the community.”

While lauded for her work as an educator, the most important aspect of her life was her family. She is survived by a sister, Shirley Cotton, of Mount Pleasant, South Carolina; her nieces: Denise Backstrom (Jim Fitzgerald) of Tupelo, Mississippi; Betsy Cotton (Rob Mulcahy) of Stockton, New Jersey, Lynne (Larry) Wagner of Orrville, Ohio; and Melissa Cotton of New York City; her nephew Dave Backstrom of Statesville, North Carolina; her grand-nieces: Allison Wagner of Waverly, Ohio; Suzanne Wagner of Smithville, Ohio; and Libby and Caris Wagner of Orrville, Ohio; and her grand-nephew, Seamus Mulcahy of Portland, Maine.

She loved spending time with the people she loved, cooking and baking for family and friends, sewing, knitting, summers at Chautauqua, and she never missed an episode of Jeopardy.

A celebration of her life will be held at 11 a.m., Sept. 17 at the Sewickley Presbyterian Church, followed by a reception.  All are welcome.

— an obituary from Richard D. Cole Funeral Home where online condolences may be left