It is with great sadness that we announce the passing of Tom J. Geraghty on June 26 from complications of kidney cancer. He was 79. 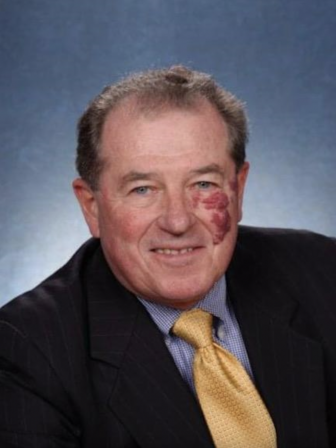 Tom Geraghty, 79, passed away June 26. His funeral will be today, Friday, at 4 p.m., with a reception immediately following.

Tom was born on Oct. 19, 1942 in Jersey City, New Jersey, the oldest of seven children. During his youth, his family moved to Cleveland and afterward ended up in Palatine, Illinois.

After attending Marquette University, Tom and his first wife moved to Connecticut in 1976, where Tom had a successful career in computer sales, even briefly starting his own company, Geraghty Computer. In 1990, Tom and his second wife, Barbara, moved to Darien, where he resided until his passing on Libby Lane.

Along with his passions for technology and lifelong learning, Tom was an active member of the Stamford Yacht Club for many years. He loved to sail and spent many happy days at the helm of his beloved, Impetuous, as well as on racing crews that traversed the East Coast. He was also active in The Noroton Presbyterian Church, serving as an elder, deacon, and as a volunteer sound technician.

Tom was predeceased by his parents, Audrey and Tom; his beloved second wife, Barbara Geraghty; his brother, Brian; and sister, Lisa.

His family and friends will always remember him as a stoic, kind, and generous person, and he will be extremely missed.

In lieu of flowers, please consider a donation to Pivot Ministries in Bridgeport or the Bennett Cancer Center at Stamford Hospital.

A memorial service for Tom will be held at 4 p.m. today, Friday, Aug. 5 at Noroton Presbyterian Church, 2011 Post Road, Darien, with a reception following at the church hall.