Alan Jeffrey Heuer passed away on Sept. 7, after a courageous battle with cancer. He was a true warrior until the very end. 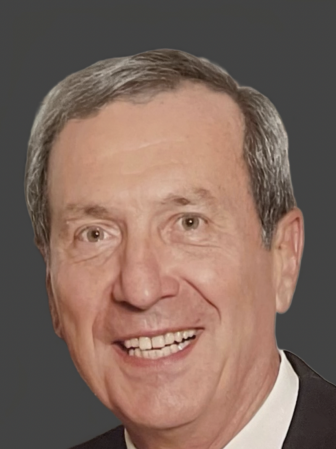 Alan was born on July 21, 1941 to Louis and Tany Heuer of Rochester, New York, along with his older brother, Bill, and his sister, Karen (deceased).

Alan went to Pittsford Sutherland High School, where, at the age of 15, he met a cute sophomore named Jean. He would eventually head to Colgate University with his high school sweetheart not far away at Wells College.

Alan always held a special affinity for Colgate and remained an active alumnus throughout his life. Alan married Jean in 1965 and they settled in Pittsford, New York, where they raised their four children (Jeff, Kim, Kristin, and Jonathan). Alan received his MBA from the Simon School at the University of Rochester in 1974 and subsequently worked for Marine Midland Bank for over 25 years.

The family moved to Darien,  and in 1995 Alan joined MasterCard International, eventually retiring in 2008 as the vice chairman and chief operating officer. During his time with MasterCard, Alan had the great fortune of working with an incredibly talented team, many who are still friends today. He travelled the world and helped shape the company into what it is today.

After retiring from MasterCard, Alan and Jean split their time between Bonita Springs, Florida; Connecticut; and Chatham, Massachusetts.

Alan felt so fortunate for his life in Florida; spending time with his best friends, playing golf, and enjoying frequent visits from his family. But his special place was Cape Cod where his days were spent golfing, boating, having water fights with the grandchildren, going to the Chatham band concert (for almost 50 years straight!), doing early morning runs to the Chatham bakery, and spending time with his family.

Outside of his family and career, Alan’s greatest passion was playing golf. And he did it well! He appreciated every golf game played with friends, colleagues and family and was lucky to play many great courses all over the world. The highlights of his golfing career were winning the AT&T National Celebrity Pro-Am in 1998 and 2006.

In Alan’s own words, his children and grandchildren were his “most special joys.” Alan cherished every moment with his family, and it was mutual. His children meant the world to him, and he shared special relationships with his eleven grandchildren (Lauren, Annie, Sarah, Jack, Emma, Spencer, Charlie, Lulu, Wes, Nat and Toby). But, the light of his life was, and always will be, Jean. Their relationship was a model of love and partnership like no other.

Alan is survived by his wife of 57 years, Jean; his four children: Jeff (and wife Lynn), Kim (Bandtel), Kristin (Li), and Jonathan (and wife Chelsea); and his brother Bill (and wife Joan). Always a gentleman, he will be forever remembered for his intelligence, integrity, work ethic, generosity, and sense of humor. He has left quite a legacy for everyone who knew him.

A service will be held at 1 p.m., Sept. 23 at Noroton Presbyterian Church in Darien. For those unable to attend, a live stream will be available at: noroton.church.

In lieu of flowers, donations in Alan’s memory can be sent to the First Tee, a golf-centered youth development organization. Please note “In memory of Alan Heuer.” Donations may be made online or by mail to First Tee, PO Box 3055, Ponte Vedra Beach, FL 32004.

Alternatively, donations in Alan’s memory may be made to Memorial Sloan Kettering Cancer Center. Donations may be made online “in memory of Alan Heuer.”

— This obituary is from Lawrence Funeral Home, where online condolences may be left.