Mary M. Burke, born in Brooklyn, N.Y. and a former resident of Darien and Norwalk, died on Nov. 14 in The Haven at Bellevue in New York, 10 days before her 90th birthday. 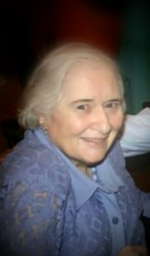 Born on Nov. 24, 1925, in Brooklyn to the late Frank and Grace Simpson, Mary was one of nine children. She was predeceased by her siblings Veronica “Ronnie” Simpson Grupinski, Frances Simpson, Grace Simpson Snyder, John Simpson, Rosemary “Rosie” Simpson-Sorady, Joseph Simpson, and William Simpson. Mary is survived by one sister, Catherine “Kay” Simpson-Doyle, of La Grangeville, N.Y.

Mary married John E. Burke, (her “Jackie”) on Jan. 30, 1948. He predeceased her on Sept. 18, 2002. She was the devoted mother of Regina Burke-Damanti, Mickey Burke, Eddie Burke, Jimmy Burke and Patricia Burke-Gumpert.

Mary was dedicated to her faith and devoted to her family, and will be missed tremendously by all of them.

In lieu of flowers, the family requests that memorial donations be made in her honor to The Haven at Bellevue 462 1st Ave. New York, NY 10016, where the staff was so instrumental in providing Mary with a peaceful passing and her family with a calming and serene atmosphere during such a difficult time.