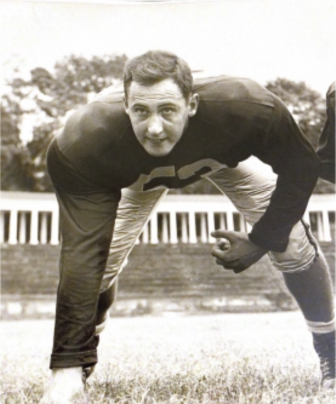 Peter grew up in Darien and attended Westminster Prep School. He attended the University of Virginia, where he played varsity football as a right tackle for Coach Art Guepp. He was a member of St. Anthony Hall and a member of the Eli Bananas.

He had a successful career as an IBM executive for 33 years. He often won the Golden Circle Award, which took him and his wife to many wonderful places.

He was a member of Wee Burn Country Club in Darien and Glenmore Country Club in Keswick, Virginia, where he loved playing golf. Peter was a loyal UVA fan who never missed a football game. His Hoos were a huge part of his life and football was his passion.

He is survived by his wife of 67 years, Evie; his children, Peter, Sue and Gigi; and his five grandchildren, Sam, Tyler, Emmet, Lily, and Coco. He was predeceased by his brother, F. Ernest Gay, Jr.

— This obituary is from the Hill & Wood Funeral Home, where online condolences may be left.