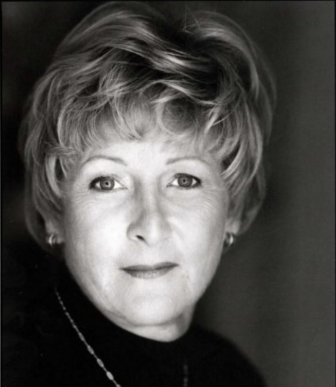 Gayle Arden Sickinger Maffeo was born on April 29, 1941, in Evanston, Illinois, to Virginia (Klapp) and Kenneth Sickinger and between her two siblings Timothy and Kendall (Rojas).

After the loss of her father to Leukemia at age 35, Gayle’s mother married Orville Tousey, bringing two additional cherished brothers, Mike and Tim, to her life and moving the family to Cedar Rapids, Iowa. Soon after, the blended family relocated to Darien, Connecticut.

Gayle forged a path early, earning her Associate of Arts degree in 1961 from Centenary College in New Jersey. A passionate believer in her alma mater, she later contributed as one of the founders of the President’s Circle Alumnae Association.

Gayle wasted no time launching into her television career, getting her start in the programming department at CBS in New York. While a primarily male-driven industry, she broke ground, progressing quickly as a script supervisor on “The Sid Caesar Show” and “The Perry Como Show” and working six years as Jack Benny’s associate producer until his death in 1974. She also worked on several variety specials with such legendary entertainers as Frank Sinatra and George Burns before moving into situation comedies.

She continued to blaze trails, advancing to producer on a variety of successful sitcoms including “Buffalo Bill,” “Head of the Class,” “Mary” with Mary Tyler Moore, “Carol & Company” with Carol Burnett and “Roseanne.”

She then served as senior vice president of television for Wind Dancer Production Group and served as producer for all eight seasons of the hit ABC series “Home Improvement”. In addition, she produced Wind Dancer shows “Thunder Alley,” “Buddies” and “Soul Man.”

Gayle was a member of the Directors Guild, Women in Film, The Hollywood Television and Radio Society, The Academy of Television Arts and Sciences, The Producers Guild and served on the board of The American Association of Producers, which she also co-founded.

She was married to Neil T. Maffeo until his death in 1990. She is survived by her partner, Kenneth Anderson; her daughter, Laura Maffeo; and her son, Ken Maffeo; daughter-in-law, Elizabeth Koval Maffeo; and grandson, Dante Maffeo; and an abundance of family and friends who were so very fortunate to have known her and will forever have a gap in their hearts that she had so graciously filled.

— This obituary was published by the Los Angeles Times on Legacy.com, where online condolences may be left.