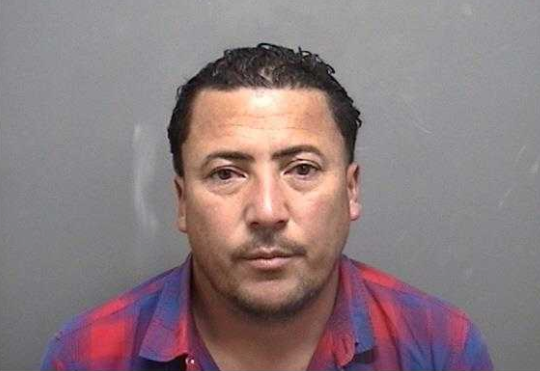 Arrest photo for Randolfo Ruiz-Lopez, charged with driving while under the influence in Darien.

A 38-year-old man was charged with drunk driving Saturday after passers-by found him at 8:45 a.m., unconscious behind the wheel of a running car stopped at an angle on Woodway Road, police said. 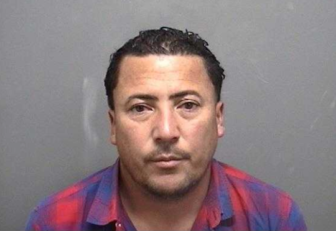 Arrest photo for Randolfo Ruiz-Lopez, 38, of Lillian Street in Stamford, charged June 10 with driving while under the influence in Darien.

Two witnesses told police they found Randolfo Ruiz-Lopez of Stamford passed out behind the wheel of a tan 1998 Toyota Camry stopped near the side of the road.

The witnesses said they were able to put the car in park and turn it off, then rouse Ruiz-Lopez. He told police that the car had just stopped, and denied that he had been asleep at the wheel. Police officers smelled a strong odor of alcohol on his breath.

Police administered field sobriety tests to the driver, who wasn’t able to complete any of them to an acceptable standard, and he was charged with driving while under the influence.

A records check showed that Ruiz-Lopez’ driver’s license was suspended after a 2010 arrest on a charge of driving while under the influence, so he also was charged with driving with a suspended license.

At 11:30 a.m. Ruiz-Lopez, who lives on Lillian Street in Stamford,  was released to a friend after posting a $500 bond. He is due to appear June 21 in state Superior Court in Stamford.

2 thoughts on “Police: DUI for Man Found Passed Out Behind the Wheel of a Running Car at 8:45 AM”