It’s been a helluva summer for air travel. Federal Aviation Administration staff shortages, flight cancellations, delays and crowding — combined with air fares soaring higher than the planes themselves. Is this any way to travel?

Steve Fainer thinks not. He’s a “train guy” whose passion makes me look like a wannabe.

“I have chosen to be car-free for over 15 years,” he tells me proudly. A native of Connecticut (though now living in transit-friendly Northampton, Massachusetts) he enjoys senior fares on all manner of buses and trains, traveling almost daily.

“I belong to a group called Trains in the Valley, which advocates for trains in the Western Massachusetts area and particularly the ‘knowledge corridor,’ which includes Holyoke, Northampton and Greenfield.” 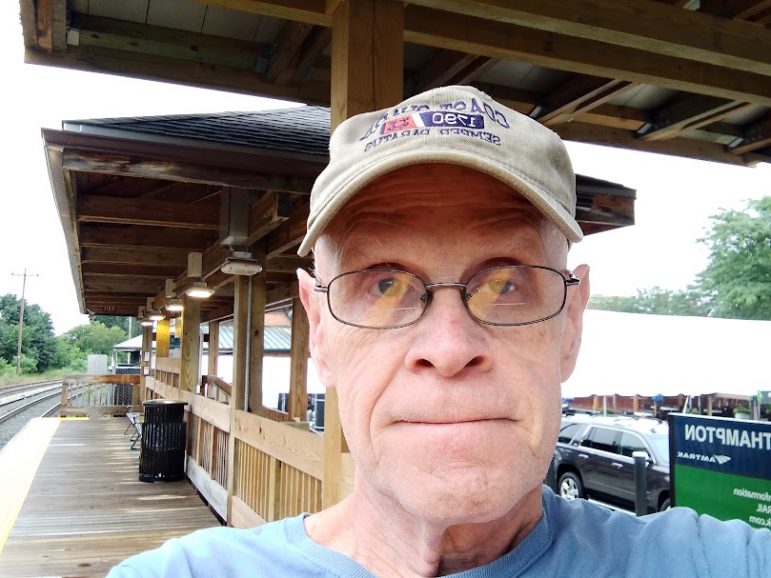 Almost daily he’s at a local train station measuring on-time performance of Amtrak’s “Valley Flyer” trains and counting the number of passengers boarding and getting off. A bit nerdy, right?

But last weekend he had to attend a family wedding in Washington, D.C. and, true to form, he skipped the airport and took the train, detailing his journey on Twitter (@SteveFainer).

Because the Hartford line (trains from New Haven to Springfield) is shut down for summer construction work, he ended up taking more buses than trains, but he made the entire round trip to Washington without ever once stepping into an automobile.

Northampton to Springfield on an express bus cost him 75 cents (versus $11 by train). Then another bus to New Haven ($6.25 though his ticket was never collected) and a connection to Amtrak.

Because he booked weeks in advance and took advantage of one of Amtrak’s occasional “Flash Sales” his coach fare to D.C. was just $29 (versus $82 regularly). The train arrived in Washington five minutes early and was pretty much sold out, typical for a Friday.

From Union Station in Washington he hopped on the D.C. Circulator Bus ($1 versus $22 for an Uber) arriving at his Air B&B. The next day it was a quick stroll to the wedding and back.

His return trip on Amtrak cost $56 (also purchased in advance) and took eight hours door to door vs an estimated 6.5 hours if he drove, not factoring in Sunday traffic. Total cost for the roundtrip: $87.75.

Admittedly, being retired, Fainer is a bit obsessive about saving money and looking for bargains. Booking in advance always saves on ticket prices — assuming you have the flexibility to do that. But even without the senior discount and “flash sale,” taking mass transit is a money-saver. Plus, taking the train is stress-free compared to driving.

Fainer says he doesn’t miss owning a car. “Since I haven’t had a car in 15 years, it’s tough to put a dollar figure on what I save but I’m sure it goes into the thousands considering gas, repairs, taxes, insurance, registration, parking fees, etc., etc.”

So next time you’re traveling in the Northeast, consider your options. You might end up saving money and a lot of travel stress if you try taking the train.