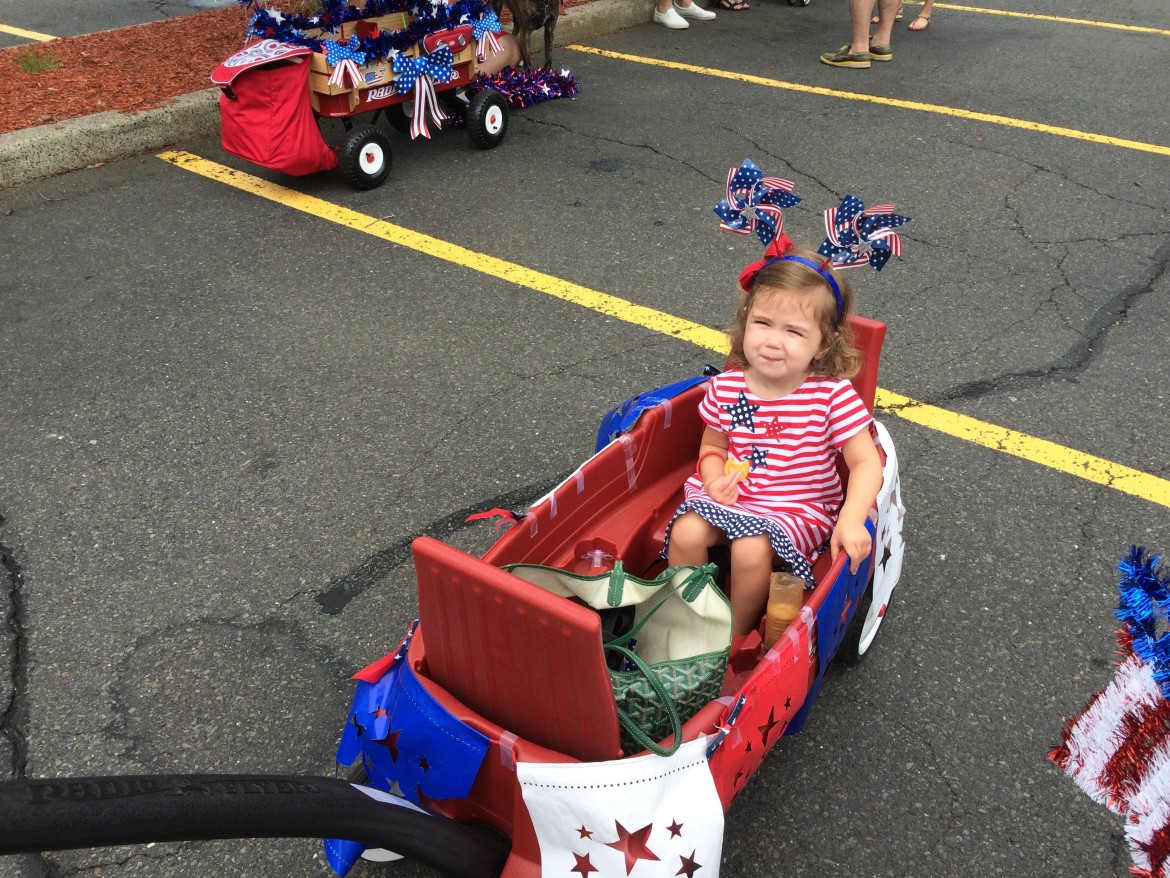 Oil the bike wheels, check the tire pressure, decorate it up and get out that patriotic costume/hat/T-shirt — the annual Darien Norwalk Push-n-Pull Parade takes place on July 4.

Here’s an announcement from the organizers:

To the delight of many local children and families, Darien VFW Post 6933 is proudly hosting the 12th annual July 4th Push-n-Pull Parade. 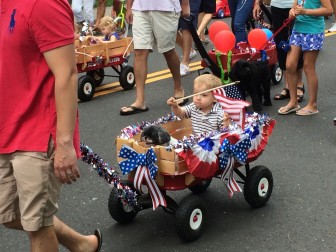 This little doggie got a ride with the young man at the 2015 Push-n-Pull Parade.

In keeping with what has now become an annual tradition for Darien, the patriotic parade of children riding bikes, scooters, wagons and non-motorized vehicles will step off from Goodwives Shopping Center with a start time of 10:30 a.m. sharp.

Families are encouraged to arrive at Goodwives Shopping Center from 9:45 a.m., where Mary Ann Hall’s Music for Children will entertain the waiting crowd before kick-off.

The VFW is pleased to have the sponsorship support of the Rucci Law Group, Orrick, Herrington & Sutcliffe LLP, Darien Rowayton Bank, the Darien Youth Commission, Tiger Wealth Management, Dynamic Athletics, Mary Ann Hall’s Music for Children and the support of the Police Department of the Town of Darien, the Fire Departments of Darien, Noroton and Noroton Heights, and, of course, the Town of Darien. 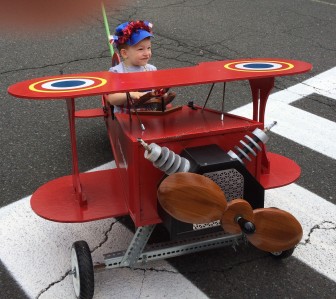 From the 2015 parade: Ace Flyer Elias McCoy, 2 1/2 years old, in his Sopwith Camel, created by his “honorary grandma” Tammy Hawkins. “No instructions — I just did it,” she said.

The Post’s Color Guard will lead the parade with local and state elected officials. The parade, which last year drew close to 3,000 residents, will also feature a special appearance by Darien resident Joe Warren as the beloved Uncle Sam and fire trucks from the Darien, Noroton and Noroton Heights Fire Departments. 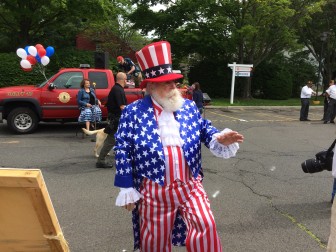 From the 2015 parade: After renting a costume for the first two years, Joe Warren of Darien got a call from an organizer of the event asking him for his measurements — they were buying him a costume. How does he clean it? “I take it to the cleaners. Let them worry about it.”

All vehicles must be non-motorized. Winners of the contest will be announced at 10:20 a.m., and they will lead the parade as Honorary Grand Marshals with Uncle Sam and local dignitaries.

The parade travels down the Post Road and ends in Tilley Pond Park, where there will be food vendors and live entertainment by the Ray and Jay Band. There will also be a number of children’s activities taking place there, including face painting and a selection of removable children’s tattoos. 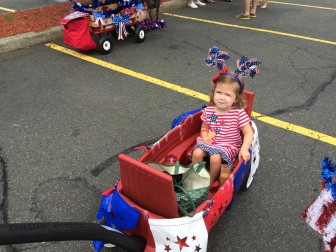 This event is free and open to the public, with a suggested donation of $20 per family payable at Tilley Pond Park to benefit the Post’s current restoration of the former Chapel of Fitch’s Home for Soldiers and their Orphans (the first veterans’ home in the U.S. that was established right here in Darien just after the Civil War).

The Chapel is the Post’s headquarters at 205 Noroton Avenue, and we encourage you to stop by to visit us so we can show you around. 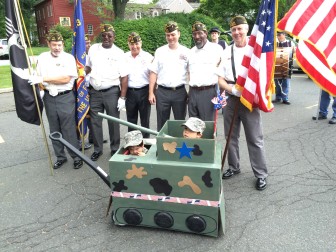 From the 2015 parade: Rob Fenge made this tank for his kids, Oliver, 4 (on the left) and Jasper, 6, posing here with VFW members before the parade. Fenge made it and spray-painted it the day before the event. 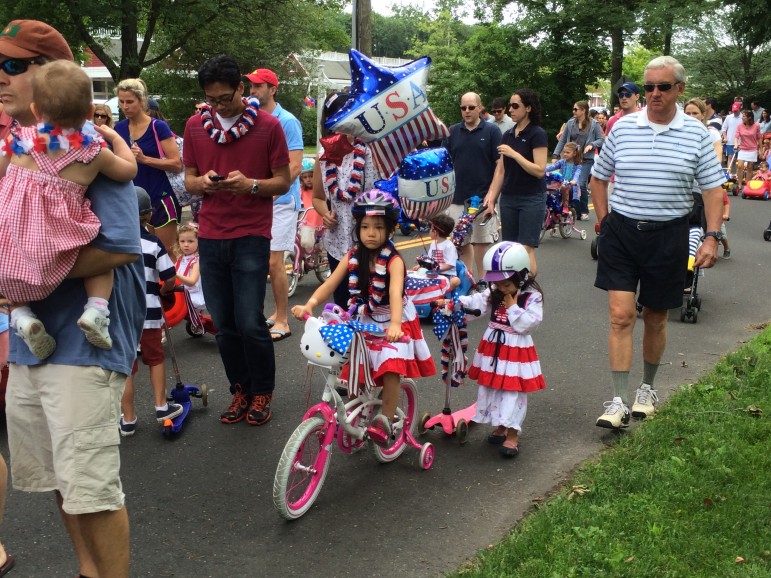 Editor’s note: This article originally was published on June 21. The time stamp has been changed to return the link to it onto the Home page.