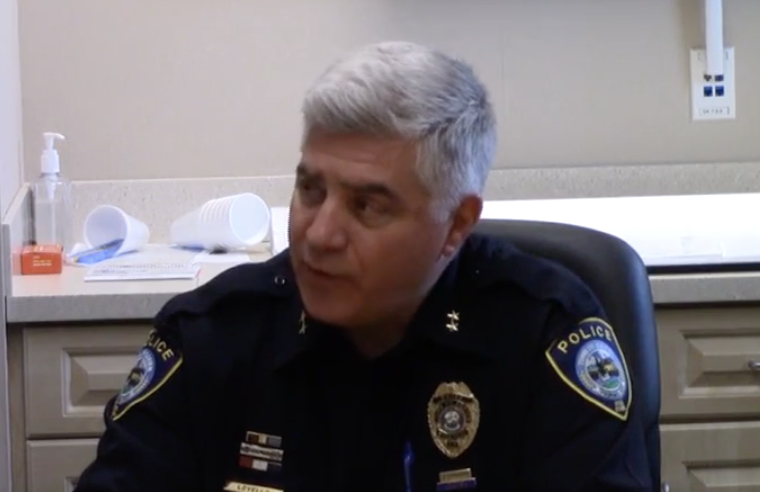 Reports of thefts from vehicles parked outside and left unlocked overnight are an ongoing frustration for Darien police, according to former Police Chief Duane Lovello.

Police officers get information on each theft, ask neighbors if anything was seen or heard, then file reports on a crime that could be largely prevented if town residents just locked their cars. 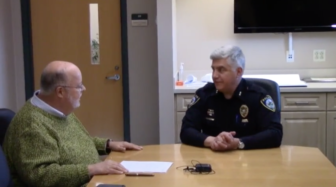 Before Lovello retired on Feb. 15, he was interviewed by Darien TV 79 Program Director Jim Cameron in an “Inside Town Hall” show that started airing two weeks ago on the town cable television station.

Cameron asked Lovello, “What are some of the typical cases Darien Police Department handles?” and Lovello’s first example was “unlocked vehicles.”

Here’s what Lovello said (no quotes are used; minor edits have been made to his comments; you can watch the full interview on video at the bottom of this article; Lovello’s answer runs from about 10 minutes, 30 seconds into the show and ends about a minute later):

The bane of our existence is unlocked vehicles. Try as we might, we can’t seem to get people to lock their cars.

Motor vehicle burglaries are somewhat cyclical, but we’re seeing a lot of them right now, and they [the burglars] are not looking to draw attention to themselves. They’re looking for the unlocked car. They’re not looking to smash a window or set off an alarm. They just want to try the door handle and grab whatever’s in the console.

And, unfortunately, in Darien people leave nice stuff in their cars — unlocked cars.

[Cameron asked: “Does that frustrate you?” and Lovello replied:]

It does — very much, very much. 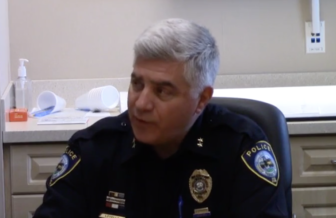 And we’ve had people tell us directly, “I’m not locking my car because I don’t want the window smashed.” We’re trying to educate them that that’s not likely to happen.

You know, if you don’t leave something in plain sight that they want, they’re not going to smash the window to go into a car to take a chance of setting off an alarm and getting caught over something they don’t know is in there.

If you left a laptop on your front seat — different story. And people do that.

That’s one of the more typical things [police in town often deal with].

Editor’s note: We think Lovello’s interview with Cameron had some observations about policing in Darien that are worth the attention of town residents, so we expect to publish more comments from this interview, which was almost an hour long. You can see Lovello’s comments about unlocked vehicles on this video starting at the 10:30 mark:

One thought on “Former Police Chief Lovello: Unlocked Cars the ‘Bane of Our Existence’ in Darien Police Department”