Chris Crowley, author of the Younger Next Year series, will Darien Library’s featured speaker on Tuesday, May 7 at 7 p.m.

— This article adapts a Darien Library announcement and Chris Crowley’s bio page from his website.

Thousands more have heard the message live in Chris’s talks all over the world. His talks concern the most important things in your life: your health, energy, effectiveness and functional youth.

Books will be available to purchase courtesy of Barrett Bookstore, co-sponsor of the event with Baywater Properties.

More About Crowley and the Younger Next Year Series

The three books in the Younger Next Year series have sold over two million copies and have been translated into 20 languages worldwide.

The books have been called ‘The Boomers’ Bible’ and ‘The Best thing Ever Written’ about fitness and wellness for those over 40. They have become “cult books” for those generations. 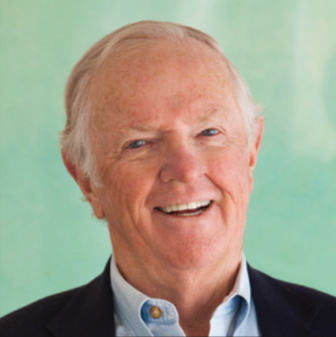 In 2013, Chris was the co-author (with Tufts professor of nutrition and muscle physiology, Jen Sacheck, Ph.D.) of Thinner This Year. Thinner This Year is an in-depth look at key issues raised in Younger Next Year, with particular emphasis on nutrition.

In 2016, Chris and Harry published Younger Next Year, THE EXERCISE BOOK, a comprehensive, cutting edge guide to HOW TO DO the aerobic and strength training exercises called for in the YNY books. Leading Physical Therapist, Bill Fabrocini, created the actual regimen. It was designed to be the  definitive exercise book of the day.

In the fall of 2016, AARP Magazine  (circulation 50 million) ran a special 7-page digest of the Younger Next Year books, written by Chris and Harry. Today, Chris is hard at work on other books, including a guide to curing back pain (with Jeremy James, leading chiropractor and back specialist) and a novel which is nearing completion.

But his greatest pleasure and his main focus is giving Keynote talks and leading  Executive Retreats on The Revolution in Aging and Behavior which is the subject of all the Younger Next Year books. 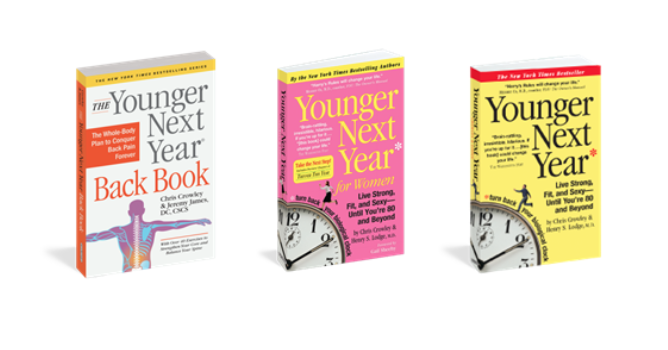 “I truly believe,” he says, “that the most important thing I can do with my life is  to spread the word about the Revolution. The way most  of us live in this, the best country on earth,  is an appalling waste of our potential. And most of it is ignorance. My great task is to make as many as possible realize that we can be radically healthier, more energetic, more fit, more optimistic and effective by making modest, behavioral changes. […]

Chris was born in Salem Massachusetts.  He is a graduate of Exeter, Harvard College and The University of Virginia Law School. He spent his 25 year professional career at the New York City law firm, Davis Polk, mostly as a partner in litigation.

Here’s a talk by Chris Crowley four years ago:

Career highlights include having led a team of 40 lawyers in the largest contested takeover case up to that time and bringing — and successfully arguing before The Supreme Court — a pro bono case to get more African-American and Hispanic policemen hired and promoted in the New York City Police Department.

Chris considers himself that comparative rarity: a happy lawyer but he retired early, at 56, because he ‘wanted to live more than one life.’ After retirement Chris and his wife, the portrait painter Hilary Cooper, moved to Aspen, Colorado for five years where she painted and he lived out his old dream of being a ski bum and leading the vigorous, outdoor life. During this period, he got the idea for what would become the Younger Next Year books.

Chris and Hilary had a life-changing experience in 1996 when Hilary broke her neck, and very nearly died, in a fall down a steep staircase in an old Victorian house in Denver, where she was doing a portrait.

She was told she would be a quadriplegic. Instead, she is ‘one in a thousand’ to walk away and have a normal life after such an accident. Copies of her X-rays appear in a medical text. Her recovery is the central miracle in their lives.

Today Hilary is back to full mobility and deep into her painting. She and Chris are both passionate about biking, skiing, rowing and generally trying to live the Younger Next Year life. Chris and Hilary live in New York City and Lakeville, Connecticut with Olive, a Havanese Mountain Dog … a designation created just for her.