Rodney Jarvis Ferris, businessman and counselor, loving husband and father, died in his apartment in Lincoln, Massachusetts on May 1, 2019. He was 86. 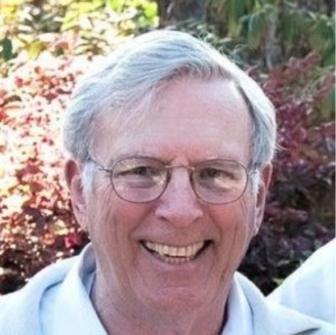 A 56-year resident of Holden and Worcester, Massachusetts, Rodney was born on Feb. 18, 1933, in Darien to Margery Jarvis and William Henry Ferris. He attended Hotchkiss School and Princeton University where he led the varsity swim team’s butterfly squad and majored in engineering.

After graduation in 1955 he enlisted in the Air Force and married the love of his life, Natalie K. Neville of Manhattan in 1956. He attended Harvard Business School and took his first position at Morgan Construction in Worcester, where he and Natalie lived the remainder of their lives. They raised four sons together, initially in the Tatnuck neighborhood and later in Holden.

Rodney’s work history included a series of senior executive positions in manufacturing and service companies in Massachusetts, including Nypro and Kronos. Over his career he increasingly focused on individual development, eventually transitioning to counseling as his full-time occupation.

He engaged in Worcester’s civic life including being recognized by Worcester’s mayor with a key to the city for his volunteer work with Friendly House neighborhood center.

Rodney loved sailing and tennis, enjoying these at his summer home in Branford. He was an avid piano player, regularly filling his household with show tunes, folk songs, and Christmas carols.

Rodney was a spiritual man, reading widely in religion and philosophy and was an active member of the First Baptist Church where he served as a deacon.

Rodney was predeceased by his wife and lifelong partner, Natalie, who was the subject of three self-published books exploring the topic of love.

A celebration of his life will be held at First Baptist Church, 111 Park Ave., Worcester on July 27. In lieu of flowers, please send donations to Joy of Music Program, 1 Gorham Street, Worcester Ma 01605.