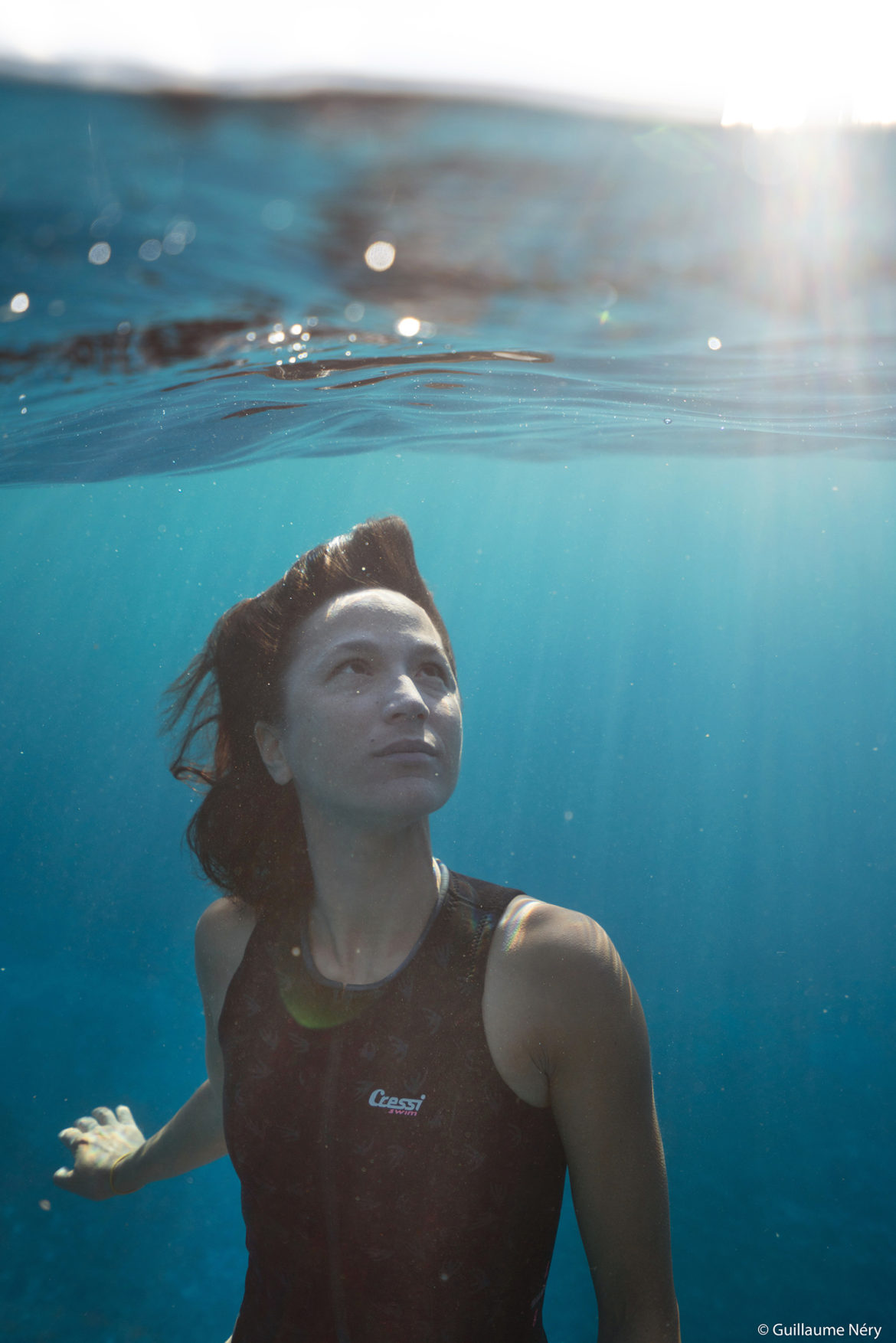 Enjoy a night of edge-of-your-seat storytelling through a series of inspiring short films all focusing on the big blue, as The Maritime Aquarium at Norwalk welcomes “International Ocean Film Tour 6” on Thursday, April 4.

This one-night film fest features inspiring personalities in six short films from around the world. The stories celebrate sailors, surfers, scientists, artists and cinematographers who are doing extraordinary things in and on the oceans.

The Aquarium event is the New England premiere of this newest, sixth version of the “International Ocean Film Tour.” Watch the trailer:

The films start at 7 p.m., but the entire Aquarium will open at 6 p.m. In addition, the evening concludes with a Q&A about the marine world with panelists from The Maritime Aquarium and Sacred Heart University, whose Department of Biology is a sponsor. 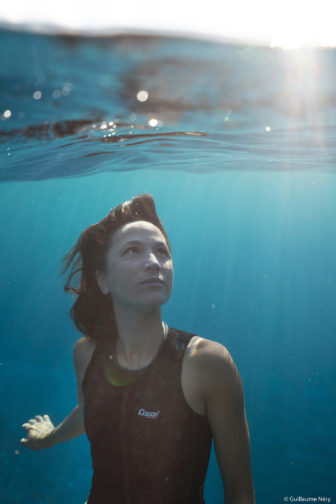 The films will be shown on the giant video wall in Newman’s Own Hall. Expected titles include:

• Julie – 15 minutes. Free diving and spearfishing became second nature to islander Julie Gautier. But her passion lies in the creative process. Fusing free diving and dance, “Julie” is Gautier’s powerful story of finding her creative voice beneath the surface.

• 700 Sharks – 20 minutes. Marine biologist and renowned wildlife photographer Laurent Ballesta takes audiences to the Pacific atoll Fakarava, where he has been studying the hunting behavior of reef sharks. With cutting-edge technology and a team of experts, Ballesta encounters more than 700 sharks and documents their strategies as they hunt groupers at night in a narrow ravine on the coral belt. 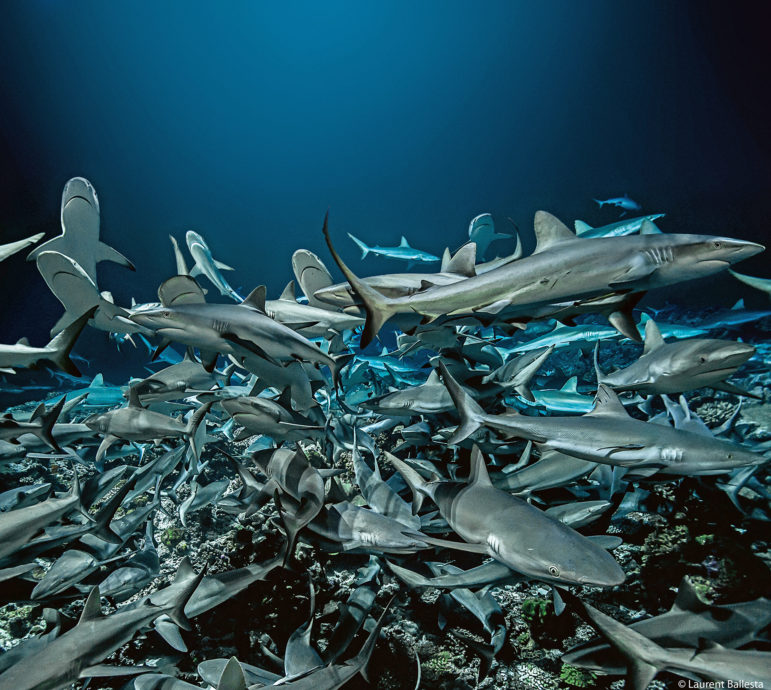 Plunge into the middle of one of the largest schools of sharks ever recorded in “700 Sharks.”

• Chasing the Thunder – 45 minutes. Poaching at sea has flourished in remote places like the Ross Sea in the Southern Ocean, unchecked and uninhibited by law enforcement … but not without defense from activists like Sea Shepherd. “Chasing the Thunder” is a real-life thriller in rough seas; an epic 110-day sea chase across three oceans and two seas, where the fearless captains of two Sea Shepherd vessels pursue the illegal fishing trawler Thunder. See how conviction and resilience can make a difference where governments fail.

• Andy Irons – Kissed by God – 30 minutes. Meet one of surfing’s all-time greats, a man who would change the sport forever but never managed to escape his own worst enemy: himself. In the 1990s, Andy Irons made a name for himself as the enfant terrible on and off the board. What appeared to be eccentricities was actually bipolar disorder. “Kissed by God” is the heart-rending story of an athlete who pushed the limits of his sport and transcended the boundaries of his condition against all odds up and until his untimely death. 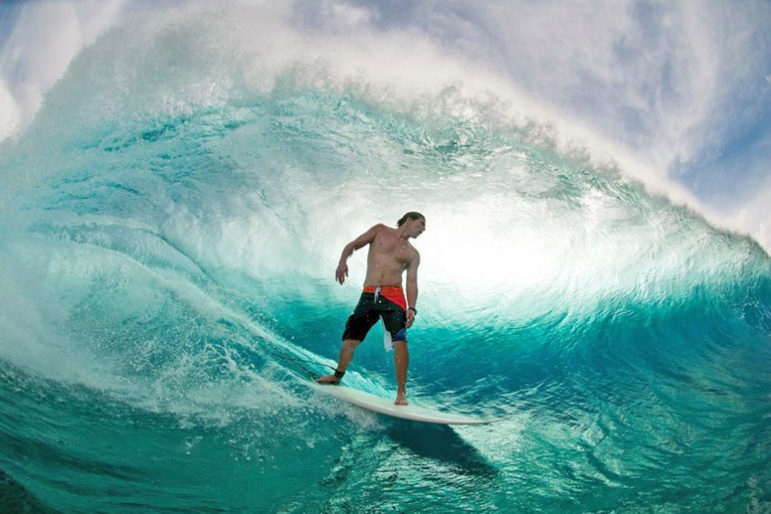 “Andy Irons – Kissed by God,” the story of one of Hawaii’s best-ever surfer

• Surfer Dan – 7 minutes. The winter waves on Lake Superior are just right for Dan Schetter. Dodging sheets of ice, he launches in the water with abandon to do what saved his life: surf. Nothing clears the head like a plunge into cold water—precisely what’s needed when you want to leave your drinking habits behind. A sober “Surfer Dan” introduces us to his drug and remedy, proving that a real surfer needs no palm trees, no tan lines and—most importantly—no excuses.

• Blown Away – 7 minutes. Follow sound engineers Hannes Koch and Ben Schaschek on a 4.5-year life-changing journey, calling on ports in 31 countries, from Sydney to Berlin. Their goal: to record as many local musicians as they can and connect them all through music. On tape, the “sailing conductors” introduce people from across the globe, who have never met one another in real life. This sailing adventure has not only a unique sound track, it also will kindle everyone’s wanderlust.

Stay after the films for an “oceans Q&A” with Barrett Christie and Dr. David Hudson of The Maritime Aquarium, as well as Sacred Heart University Professors Jennifer Mattei, Barbara Pierce and Deirdre Yeater.

Tickets are $20, or $18 for Aquarium members. (Note that regular adult Aquarium admission is $24.95. So, with doors opening at 6 p.m. for the April 4 event, you can tour The Maritime Aquarium for an hour and then enjoy this special film fest for less than normal admission.)

Learn more and reserve your tickets at www.maritimeaquarium.org.