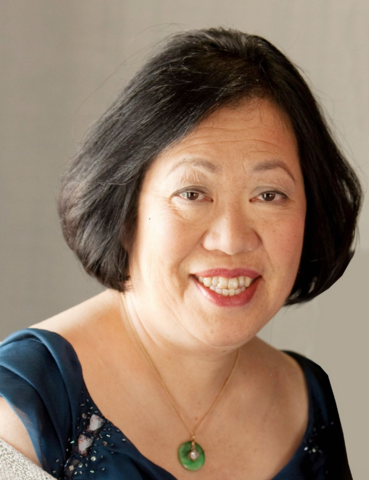 Veronica “Ronni” Kue Casey of Darien passed on June 22 while working at her beloved Norwalk Hospital maternity ward. The wife of Walter Casey, she was 69 years old. 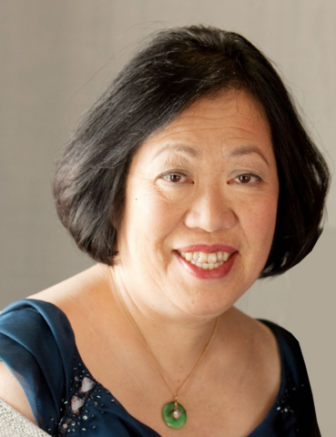 Ronni Casey of Darien passed away at the age of 69. Services are private.

Ronni was born in New York City to Mabelle and Howard Dong. Howard, her father, pre-deceased her.

Ronni considered Carle Place, Long Island her home. As a child, Ronni read a book about Clara Barton, and her heart was set on being a nurse.

She attended Hunter College where she earned a bachelor of science degree in nursing and was one of the first Asian-American Hunter nursing graduates to become a Board Certified RN. Ronni then went on to earn a master of arts degree in maternal-child health nursing from Teachers College, Columbia University.

It was at Columbia that she met her beloved husband of almost 45 years, Walter Casey, at the 1969 Thanksgiving mixer at the Columbia University School of Business. The last picture taken of them together was at a Columbia Business School alumni event just two weeks before her passing and 47 years after they first met.

Being a keen investment analyst, Casey knew a great investment when he saw one: Ronni and Casey were married Aug. 14, 1971 on Long Island.

Ronni was most proud of her position as the department head of the Practical Nurse Education Program at the J.M. Wright Technical School in Stamford. She was responsible for saving and then revitalizing the program.

Ronni was an early advocate of the Lamaze method of natural childbirth as a follower of the pioneering Elizabeth Bing, who she met on the Upper West Side of New York City. Ronni was a Lamaze certified childbirth educator.

Ronni was also a strong advocate of breastfeeding and was an international board certified lactation consultant having passed the first lactation certification exam given in 1985. She recently passed this exam for the fifth time in April of 2016, just before her passing.

Ronni loved meeting the parents she taught, her Lamaze babies and the mothers she helped with breastfeeding. They formed an extended family for her resulting from her teaching efforts including her personal classes. She also loved to meet her former nursing students in hospitals and doctor’s offices. These were the people she had helped during her career.

Ronni held RN licenses in Connecticut and New York (inactive). She was a Certified Nurse Practitioner. She also held a Lifetime California Community College Credential and a California Public Health Nurse Certificate. She was a healthcare provider (BLS) of the American Heart Association. Ronni was a member of Sigma Theta Tau, International Honor Society of Nursing.

Ronni’s caring extended well beyond her work as a healthcare provider and nurse. She loved to bake for others and would supply friends with cakes and her famous oatmeal raisin cookies. In fact, she baked for many and loved sharing recipes.

She loved knitting and crocheting, having knitted 63 baby blankets for family members and friends. Ronni was always recycling magazines; coupons and anything else that she thought could help someone else. She was an accomplished self-taught calligrapher and was often asked to help with invitations to social and charitable events.

Ronni was an avid traveller and hooked her husband Casey on cruising when she arranged their honeymoon cruise to the Caribbean. Ronni and Casey traveled the world together.

In recent years, Ronni enjoyed Mah Jongg. She played at the Darien Senior Center and elsewhere in Fairfield County. She entered tournaments, even winning some games. Ronni and Casey lived in New Albany, Ohio for five years, 1999-2004, and belonged to the New Albany Country Club. Ronni even returned to the club, where she and Casey remain national members, to play Mah Jongg with her friends. Ever the teacher, Ronni would teach others Mah Jongg, holding classes in her home.

Ronni was pre-deceased by her sister Vivian and her brother Alan. Her mother Mabelle and sisters Virginia, Valerie and Vanessa and her brother, Archer, survive her.

Donations may be made to Norwalk Hospital Foundation, 34 Maple St., Norwalk, CT 06856. You may indicate the maternity ward and Ronni’s name. Donations may also be made to St. Jude Children’s Research Hospital.