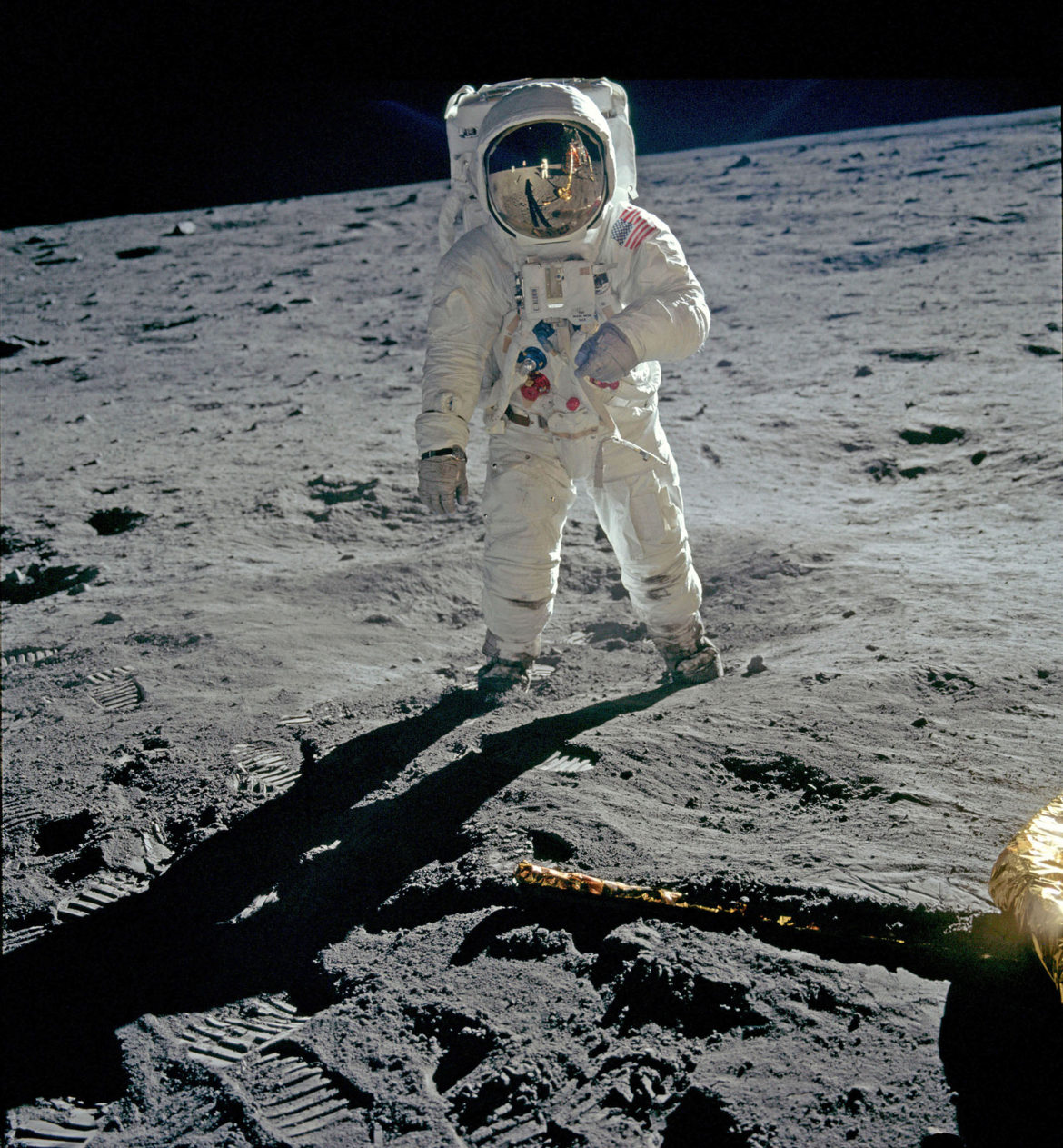 We live in an age of wonder. Appreciate it.

Re-live the first moon landing (larger than life on IMAX) and then explore the night’s full moon (magnified through telescopes) as the Maritime Aquarium at Norwalk hosts a special movie-and-astronomy evening event on Tuesday, July 16 — the 50th anniversary of the Apollo 11 launch.

There happens to be a full moon on the night of the 16th. So the Maritime Aquarium is inviting guests to enjoy the spectacular new IMAX movie Apollo 11: First Steps Edition at 8 p.m., followed by a moon viewing on the Aquarium’s riverfront courtyard led by the astronomy team of New Pond Farm in Redding.

Also, on Saturday, July 13, Darien Library is presenting the same film with a lecture commemorating the Apollo 11 mission. You can attend both events, the free one nearby in Darien, or the one on the much bigger screen in Norwalk, along with your own personal look at the moon, or do both, or do parts of both.

— This article adapts announcements from both the Maritime Aquarium and Darien Library.

At 2 p.m., Paul Cardone, an amateur astronomer and space photographer will present “The Next 50: Where To Go After The Moon,” a discussion about the future of space exploration at Darien Library. Immediately after the lecture, the documentary will be shown. The entire event is expected to last no later than 4 p.m.

“Come see the movie, and understand what an incredible achievement it was in 1969 to send three men 238,000 miles through space to land on the moon and to safely return,” said Dave Sigworth, the aquarium’s spokesman.

“And then join us out back for a close at the moon, bright and full as it rises in the east sky. We’ll look for the Sea of Tranquility, the landing site of Apollo 11.” 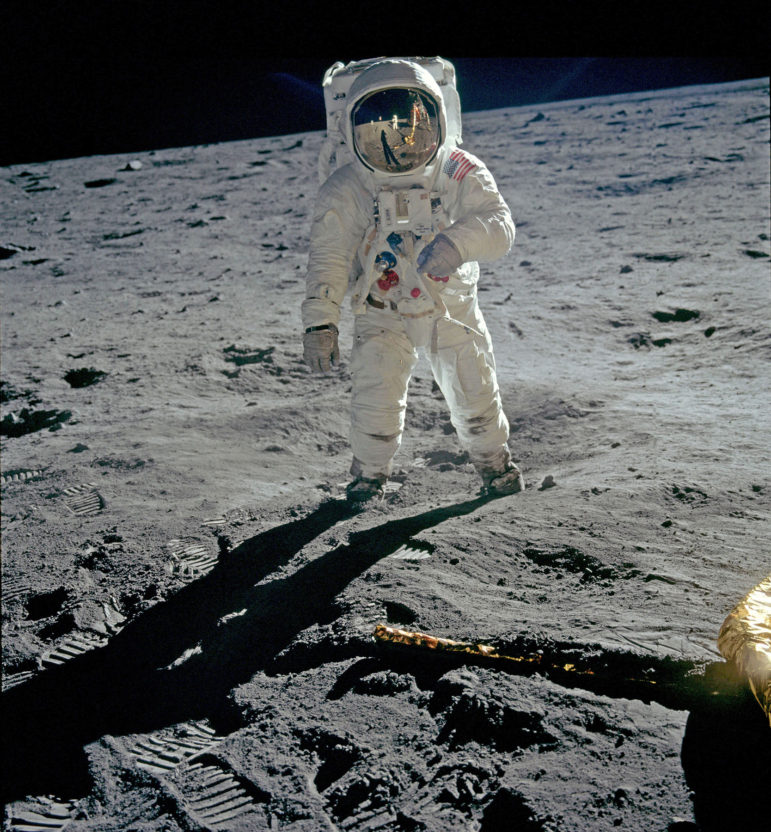 We live in an age of wonder. Appreciate it. Be grateful. Savor it: Here’s one way.

The movie has no narration; for its 47 minutes, audiences follow the mission just as the entire world watched it unfold during those incredible eight days in 1969. 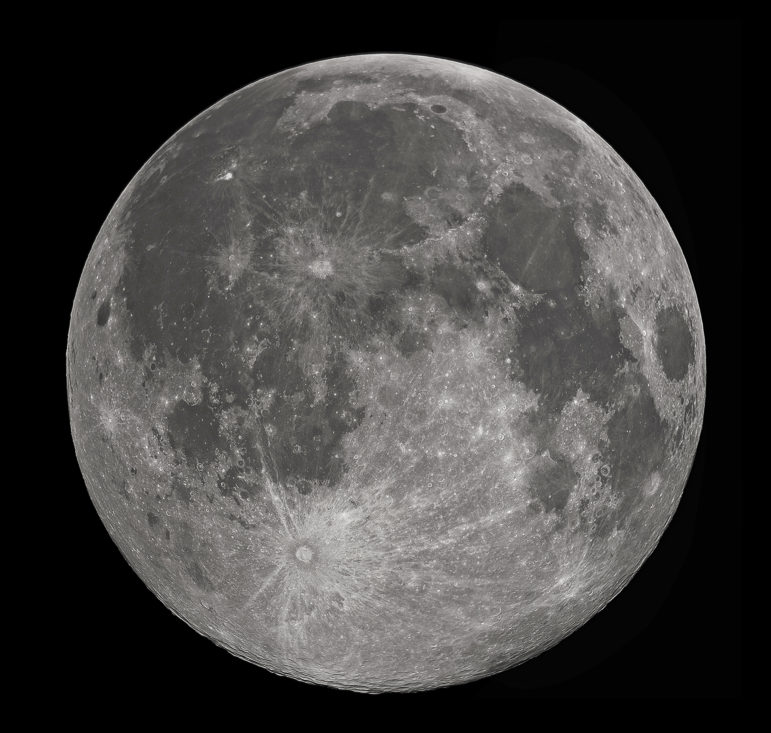 A certain nearby celestial body that human beings have visited.

Also, now through Labor Day, all guests in the Aquarium’s IMAX Theater can view a special display of memorabilia relating to the Apollo 11 mission. The collection includes a book autographed by Apollo 11 astronaut Edwin “Buzz” Aldrin, as well as a small piece of the moon itself: part of a lunar meteorite found on Earth.

Also displayed are newspapers from the day, buttons and patches, View-Master® slides, spacecraft models, NASA documents, booklets and other items from the infamous giant leap for mankind. 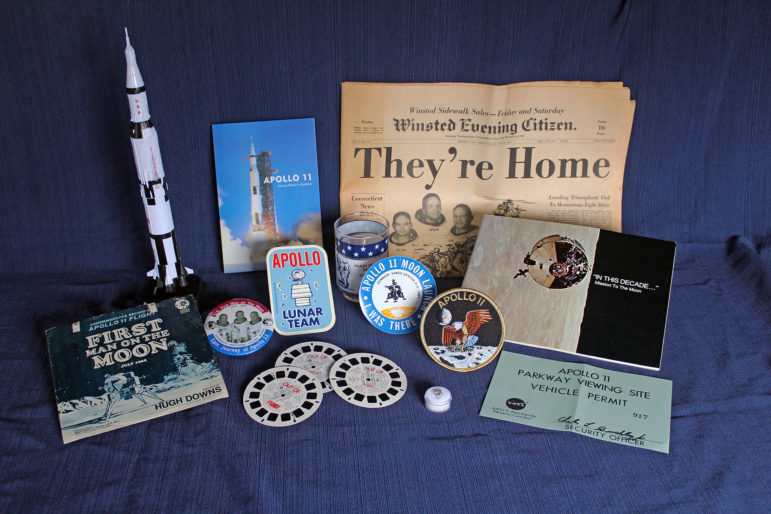 Get tickets and more details about “Apollo 11: First Steps Edition” and the special offerings relating to the movie at www.maritimeaquarium.org.