With warm weather and family events, the Fourth of July can be a fun time with great memories. Before your family celebrates this year, the New Canaan Fire Marshal’s Office wishes to make sure everyone knows about fireworks safety.

— Fred Baker is the New Canaan Fire Marshal. His article (not including the sidebar and further information below) previously was published by NewCanaanite.com.

Only sparklers and “shower” type fireworks are legal to sell and use in Connecticut. 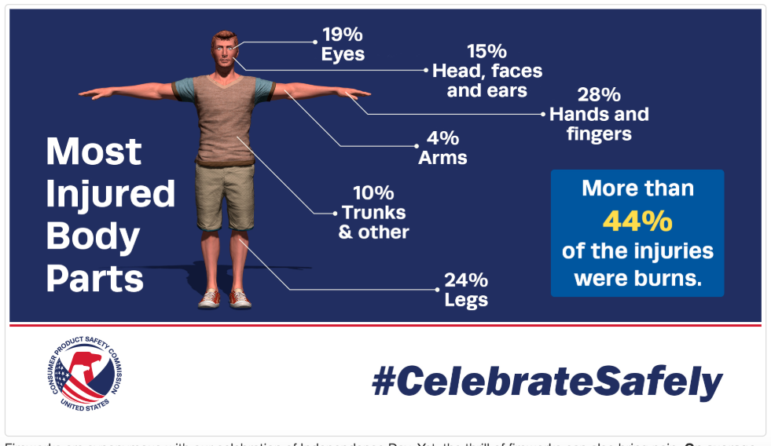 Where the injuries show up

No aerial or exploding type fireworks are permitted to be sold or used in the state. (Go to the Family Fourth – you will see a tremendous professional show.)

From the National Fire Protection Association

Fireworks by the numbers